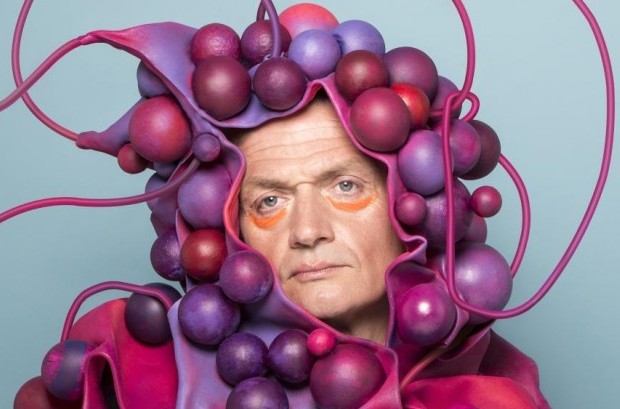 ALASTAIR CURTIS reviews ‘A Pacifist’s Guide to the War on Cancer’ at the National Theatre.

Cancer may seem like an unlikely subject for an all-singing and all-dancing musical. It is the disease that will affect 1-in-3 of us: the subject of pioneering research, endless awareness campaigns and tabloid stories about celebrities who have ‘fought’ the disease and, more often than not, ‘won’. Yet despite the relentless scrutiny, we still know little about it: its causes and cures, as well as how best to care for the people suffering it.

In part this is due to the obfuscatory language we use to talk about the disease—charities and politicians dub it ‘the war on cancer’, or encourage us to ‘stand up to cancer’—language adopted, it would seem, to compensate for our frightening lack of control over its outcome. Too often cancer is the disease that shall-not-be-named, a taboo subject hedged about with anxiety and dread which we are reluctant to broach out of fear and an unwillingness to offend. A musical about cancer? Many theatre directors would run a mile.

But Bryony Kimmings has a reputation for fearless theatre-making. Her previous work as a director and performance artist has involved retracing an STI to its source in Sex Idiot, to studying attitudes to male depression in Fake It ’Til You Make It. Kimmings has devised this work in the rehearsal room, not only with her actors but with the experts—scientists, academics and cancer victims—whose personal insight vitalises the show with an incredible emotional firepower. Her characters are extrapolated from real life: the words and experiences of long-suffering or recently diagnosed cancer patients, stuck in hospital wards or in hospices, form the spine of the dramatic action. Kimmings herself maintains a notable presence in the production, not only through her voice—recorded and relayed into the auditorium as an introduction to each scene—but also through the character of Emma (Amanda Hadingue), who functions as Kimmings’ onstage cipher. Ignorant of the disease to begin with, Emma undergoes a rapid education after discovering her newborn baby, Owen, has a tumour. The experience is Kimmings’ own: her son became ill last year, just as she had begun to write the musical with Brian Lobel and Complicite. Her experience, coupled with her extensive research, makes Kimmings’ rip-roaring investigation into cancer particularly personal.

The show follows several patients who are struggling with cancer in its different guises. Amongst them, Golda Rosheuvel impresses as Laura, a dying woman determined to find a miracle cure for the cancer that is gradually flooding her stomach with water. Gary Wood is sympathetic as Stephen, a young hotshot forced to conceal his diagnosis from his employees and his concerned if overbearing mother. Each of the characters get their own musical number: upbeat or doleful depending on their prognosis, but invariably angry. When Stephen catches a glimpse of his balding head in the bathroom mirror he breaks off his song and crumples into the arms of his distraught mother eavesdropping in the cubicle next door. Kimmings reminds us that cancer is as awful an experience for the loved ones who watch it develop, even if they do not always respond in the way we would like them to (the show ridicules the special ‘cancer face’ often assumed by concerned family and friends).

Kimmings’ storytelling style often tends towards the absurd: inflatable bacteria erupt from the walls of Lucy Osborne’s hospital set, while performers clad in tentacled bacterial body suits stalk the hospital corridors and taunt the patients like a gaggle of unruly school kids. ‘Kingdom of the Sick’ and ‘My Poor Body’ are particularly good numbers in Tom Parkinson’s exuberant score, which at its most playful makes use of the unexpected harmonies that can be found in a hospital—the beeping of ventilation machines or the nervous shifting in seats in waiting rooms—to create energetic and highly imaginative musical numbers. Lewis Gibson’s sound design is particularly evocative. The deafening sounds of an MRI scanner fill the auditorium for five minutes as Emma waits for news on Owen. Later, when a doctor tells her the outcome, it is as if they are speaking underwater. These are striking touches in a work that frequently experiments with the theatrical form.

The show culminates with an invitation to the audience to call out the names of family and friends they have lost to cancer. Kimmings fashions an unexpectedly moving sort of music from the roll call of names and the tragedies attached to each of them; it’s a brave theatrical gesture, a little mawkish but undeniably powerful because of the feeling of community it fosters amongst us. This vital new musical gets us talking openly about the fearsome disease that, as evidenced by the visibly affected and tearful audience, cuts across many lives.

‘A Pacifist’s Guide to the War on Cancer’ runs at the National Theatre until 29th November. £5 tickets are available to under-25s through the Entry Pass scheme.