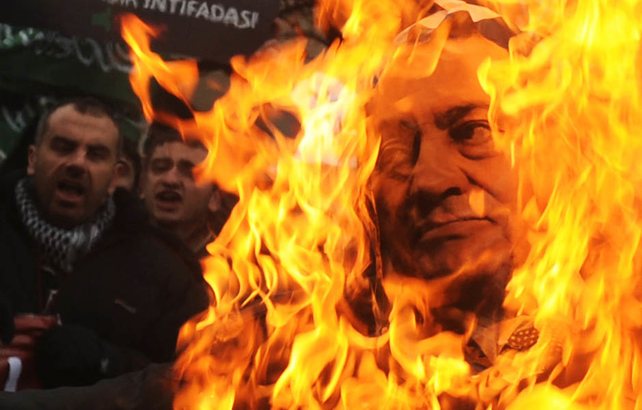 TICE CIN explores the impact of the Arab Spring on fiction across Africa.

How has literature written across Africa changed since the Arab Spring began in December 2010? Do we presume that fiction emerging in North Africa from this tumultuous period of history must be reactionary or nostalgic by nature? Born out of social revolution and political upheaval, it might follow that artistic trends would likewise seek to break with the traditions of the past. One much-noted alteration in recent Sub-Saharan fiction has been a seeming shift away from realism towards dystopian worlds of science fiction that can better tackle the bleak political realities faced by many of the people in this region. At LSE’s Space for Thought Literary Festival, BBC news presenter Bola Mosuro put these questions to an esteemed panel of authors.

Tunisian children’s author, Samar Samir Mezghanni, opens the debate. Mezghanni holds the Guinness World Record for being both the youngest and most prolific writer in the world, and was recently selected as one of the UN’s Young Leaders for Sustainable Development Goals. Mezghanni argues against singling out science fiction as the genre of the Arab Spring, as this overlooks the rich variety in Arab literature. Such labels as ‘post-Arab Spring sci-fi’ serve as glamorous marketing props, rather than meaningful statements about the diverse literatures upon which they have been imposed. Rather than focusing purely on how they relate to their historical contexts, Mezghanni urges readers to enjoy these works in and for themselves.

The author nonetheless acknowledges that science fiction has played an influential role during this period, with novels like Mahmoud Othman’s Revolution 2053 accurately foretelling many of the events of the 2010 revolutions. Yet simply to fictionalise the revolution should be avoided, Mezghanni asserts. As with any definitive estimation of its response in literature, consigning the Arab Spring to fiction dishonestly gestures at completion. Revolutionary events in North Africa continue to unfold, the artistic (not to mention political) repercussions of which are as yet unknowable. ‘You can either live a revolution or reflect on it’, she concludes.

In their desire to understand the realities of growing up in Egypt today, and the experiences of the tens of thousands of people who cried ‘down with Mubarak’ in Tahrir Square six years ago, publishers are at risk of promoting a unitary and unrepresentative narrative. At the beginning of Yasmine El Rashidi’s book, Chronicle of a Last Summer: A Novel of Egypt, the narrator describes a game she plays in the car on the way to school. Players must try to identify whether an object they see has stayed the same or has changed since the previous day. This constitutes a subtle acknowledgement of the continual transformations wrought in the ripples of political upheaval.

Rashidi explains that publishers rejected her book on the basis that it did not deal directly enough with what they conceived monolithically as the ‘hard truth’ of what it means to be a young person in Egypt. ‘But you shouldn’t allow revolutions to define who you are as a writer’, Rashidi argues, ‘and stories cannot always be plotted to the rhythms of predictable success models’. Political change may affect citizens at a national or international level, but the nature of this effect is always individual and subjective. Rashidi’s novel rejects the inappropriate demand upon the single story to tell a general narrative.

Last to speak is the Ghanaian writer, Nii Ayikwei Parkes. He discusses modernity’s craving for explanation, and the consequent demand placed upon literature to satisfy its reader’s appetite for knowledge. Yet Arab writers have been challenging such literary conventions since the first stories were written for One Thousand and One Nights, in the early eighth century. Parkes himself blurs genre, and abstracts his narratives from any fixed location, to allow his ideas to form free from the taint of explicit association. ‘It’s vitally important that we work in the realm of ideas’, he asserts. Of course, genre itself is often a useful tool for writers when aestheticising and abstracting in these ways. ‘Since the revolution, mundane things have become very charged’, Parkes admits; ‘our focus should be on creating support structures to enable writers to say what is culturally unsayable and to therefore share work that will surprise and enlighten us.’

The story of the Arab Spring has not finished. Moreover, it is not one but numberless stories, each with their own distinct subject. Science fiction has been a key factor in the creation of a freer exchange of experiences and ideas in North Africa, but it does not speak for a literary movement any more than it can express a political uprising or historical period. Although it can be satisfying to taxonomise literature according to the social context and histories which produced it, this risks homogenising the complex minutiae of individual experience and literary construction and agency.