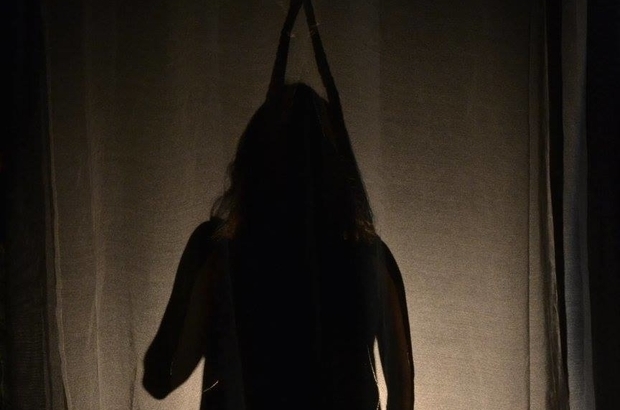 Sophocles’s plays were written some two and a half millennia before our time, so it is a testament to his skill as a playwright that they are still being performed. Perhaps this is because, despite their age, his plays speak of universal themes that remain relevant regardless of the time, place, or culture in which they are performed: they shine a revealing light on the depths of human nature, forcing the audience to confront their fears and flaws, whether they watch from the seats of an ancient Athenian amphitheatre, or from the (much comfier) stalls of a modern playhouse. Antigone is one of the most highly celebrated and frequently-adapted of these plays, confronting themes of death and grieving.

Presented by UCL Department of Greek and Latin in association with the Bloomsbury Theatre, Antigone explores the struggle between responsibilities to family and state and asks to what extent moral duties should be repressed to maintain political peace and order. Antigone (Ema Cavolli) is denied the privilege of conducting the proper rites after her brother’s death by Creon (Nick Brown), the ruler of Thebes. Cavolli is sincere and deeply convincing in conveying Antigone’s belief that there is a moral and religious obligation to bury her brother, whilst Brown’s Creon is powerfully menacing, displaying his authority by denying her brother a sacred burial as punishment for pressing his claim to the Theban throne.

This narrative is particularly poignant to contemporary audiences. The disparity between moral actions and actions of state authority is, unfortunately, a major theme of current events, manifesting in the increasing segregation and victimisation of minorities, perpetrated by figures of government in the name of ‘national safety’. The cold, indifferent manner that Creon takes towards his subjects, along with his ever-present group of subservient minions, is all too reminiscent of modern-day authority figures, emphasized by Sophie Watson’s costume design, which reworks the ancient figures as businesslike aristocrats, lounging in elegantly carved chairs behind a stately desk.

The younger Antigone, on the other hand, is to be admired for standing up to Creon, stepping out of her restrictive traditional gender role to act against the will of the state. Cavolli does an impressive job of conveying her quiet, rebellious anger, embodying a protagonist who may serve as inspiration for today’s disillusioned youth. Although the action of the play was often static during the course of long speeches and scenes, leading the dialogue to feel at times unnatural, the arrival of Tiresias (George Jibson) in the latter half of the performance shocked the script to life: the blind prophet was suitably eccentric and moved about the stage with a sage-like command.

The entire proceedings, from beginning to end, are watched over by a menacing chorus. A departure from the traditional Greek chorus, they are dressed in rags and wrapped around bars above the main stage, lending an ominous quality to the performance, enhanced by eerie smoke that drifts out into the audience, as if we are characters, too, partly responsible for the tragic events played out onstage. And that’s what makes Antigone so powerful, and this production of the play so thought-provoking.

The UCL Classics Play Antigone played on 2nd and 3rd February at the Shaw Theatre.