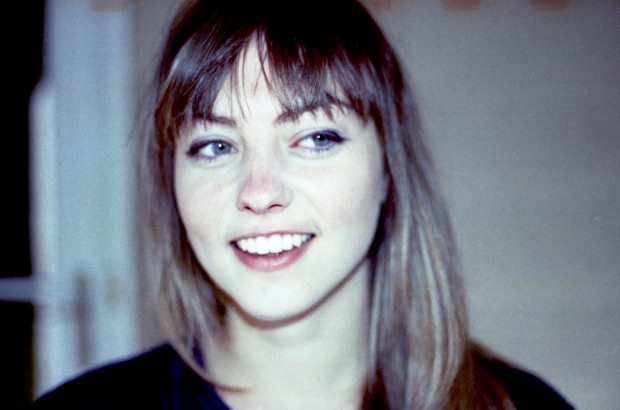 Leafing through photographs on Facebook, I came across one taken at Green Man Festival 2014. It featured Angel Olsen, pictured in the Rough Trade tent, a pop-up record store that doubles as a host for artists’ signings and performances. Olsen was, at this point, in the midst of touring her critically acclaimed sophomore album Burn Your Fire For No Witness. Her cute grin was to be expected from a wide-eyed lo-fi folk singer finally getting the recognition that had previously eluded her. However, in the months leading up to Angel Olsen’s newest album, she has done everything in her power to replace this image with a feistier, stronger attitude. Despite the praise she received, many assigned her to a genre most adequately described by Jack Black in High Fidelity as ‘sad bastard music’. In one radio interview, she was referred to as ‘a girl at the bottom of a dark well’. This definition is far from what she set out to achieve, but, unfortunately, it didn’t seem to be far from the truth. Her 2012 debut album, Half Way Home, is sweet and charming, yet instantly forgettable; Burn Your Fire For No Witness suffers mainly as her mesmerising vocal performance was largely drowned out by the surrounding production. The album’s lyricism is possibly its strongest point, yet the lyrics themselves were difficult to decipher.

However, from the release of the first singles of her third album My Woman, we knew that the last thing we were going to get would be ‘sad bastard music’. On the first single ‘Intern’ her voice rings out loud and clear, as direct and to-the-point as the opening lyrics -‘Maybe you know that it’s been too long/Going through the motions as you sing your song’- and building gloriously into a glistening cacophony of noise which could be attributed to a Johnny Jewel record, or something from the soundtrack to Drive. This is then followed by the urgent energy of ‘Shut Up Kiss Me’, a song so punchy and striking that there is simply no place for a comma. The harrowing backing vocals and distorted guitar hark back to artists like Fiona Apple or PJ Harvey, capturing the feminist punk-rock vibe that made their music so intoxicating. The music video shows Olsen swap her comfy shirts and short ponytails for a silver tinsel wig, piercing glances, and fighting back. As she sings the final line, she breaks the fourth wall and asks ‘Do I need to give more attitude, or…’. It is this atmosphere which sums up her entire record.

This directness manifests itself on numerous occasions during the first part of the album. In the chorus to ‘Not Gonna Kill You’, she sings as if through gritted teeth: ‘It’s not gonna kill you, it’s not gonna kill you/It’s not gonna break you, it’s just gonna shake you’. Here, she tells us that she will not be sugar coating this record – she will reveal herself ‘warts and all’. At the very beginning of the second track ‘Never Be Mine’, you hear a jarring cut prior to Olsen’s voice kicking in, as though the track has been recorded on old tape-based equipment and accentuating all its imperfections, such as the slightly muted chords, but also Olsen’s powerful voice. Unlike Burn Your Fire For No Witness, every song in the album’s first half begins immediately with Olsen’s voice, drawing the listener’s attention to her immediately without any distractions. The only exception is ‘Give It Up’, which begins with a 15-second electric guitar duet. The crossovers of these two guitars is not far from Sleater-Kinney, and only emphasizes the rawness that Olsen is trying to achieve.

The second part of the album takes a more laid-back, quiet turn and has a more intimate atmosphere. This half is underpinned by two tracks approaching eight minutes: third single ‘Sister’, and penultimate track ‘Woman’. Tracks this long are almost unheard of in the general indie folk world – examples like Sufjan Stevens’ 25-minute opus ‘Impossible Soul’ are rarities. But I latch on to every word of the first six minutes of ‘Sister’, an emotional tale of Olsen imagining a sister she never had: ‘I want to know you/I want to show you/I want to be there/I want to see her’. This emotional journey is a slow burner, with little harmonic change for the majority of the song. Finally, it climaxes with the repeated line ‘All my life I thought I’d change’, and a fantastic guitar solo which rewards both Olsen’s realisations and the listener’s patience. ‘Woman’, on the other hand, builds with incredible precision. Opening with simple synth and bass lines, the track is filled with numerous layers of strings and electric guitar, accentuating Olsen’s passionate, reverb-soaked vocals. This adds a subtle sense of depth that was perhaps slightly overdone in Burn Your Fire For No Witness. The album finally closes with the affecting piano ballad ‘Pops’, in which Olsen, begging a love not to leave, ends the record on a sombre note. The defiant bravado of ‘Shut Up Kiss me’ disappears, as she ends with the line: ‘I’ll be the thing that lives in the dream when it’s gone’. Normally albums about love, particularly break up albums, end with the realisation that all one can do is keep on keeping on, so to speak. Yet ‘Pops’, like early work by Cat Power or Antony Hegarty, is an expression of complete emotional exhaustion. Here, is a sign that Angel Olsen’s arc has come to an end. The album ends as the love affair does – with a sense of melodic bareness and forlornness.

The artists that Angel Olsen had often been grouped with, such as Sharon van Etten and Julia Holter, produce consistently well-structured albums. These artists have used their indie-folk roots to develop sounds that are fantastical, romantic, even violent. And whilst My Woman may not be as emotionally devastating as Sharon van Etten’s Are We There, or as intricately crafted as Holter’s Have You In My Wilderness, Olsen has created something entirely her own. A record that is, in equal parts, unexpected and iconic, strong and fragile, defiant and apologetic. The album refuses to be one-dimensional. And, in a similar way, it will be remembered for being the album that brought Olsen out of the potential artistic rut that she was at risk of being typecast into.