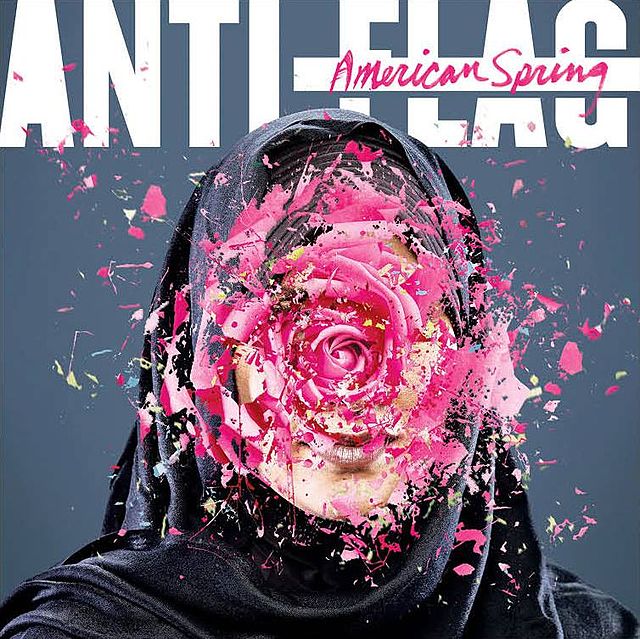 A pretty rigid career trajectory has developed for American hardcore bands whose careers have lasted longer than six months in the Washington DC scene (looking at you, Embrace): first, release a few stripped-down, aggressive albums, then mix this anger with professional-standard production to form a few charting singles, before mellowing out into a more dignified style with keyboards or violins thrown in for no good reason. It’s happened to Bad Religion, it’s happening to Rise Against, but Pittsburgh punk icons Anti-Flag are so anti-everything they’re even rebelling against this accepted narrative.

Frontman Justin Sane is 42, but his lyrics are as blunt and vulgar today – “Love thy enemy as yourself / As you carpet-bomb him to Hell” – as they were in 1997’s Die for the Government – “Die for your country that’s shit”.The rest of the album is just as musically aggressive, with the solo on ‘Fabled World’ echoing the mini-solo from 2006’s ‘Depleted Uranium Is a War Crime’, and includes fast-paced tracks such as ‘The Great Divide’ and ‘To Hell With Boredom’ that wouldn’t look out of place in a suburban East Coast garage circa 1981.

But this creates a problem that is at the heart of this largely upbeat, listenable record: Anti-Flag have always written songs focused on contemporary issues – ‘Sky Is Falling’ explicitly attacks US drone strikes in the Middle East – but are reliant on reworking their own musical past in pursuit of ‘genuineness’. In a genre where musical innovations, from the use of classical instruments to just releasing an acoustic song, are decried as examples of bands ‘selling out’, Anti-Flag must remain relevant in the modern day by staying true to their original sound.

Yet if the tracks sound familiar, the general presentation of the record is creative and inspired: the album art places the titular “American” alongside a dark-skinned woman in a hijab, and the explosions of pink petals on the cover and the video for ‘Brandenburg Gate’ reinforce the union of the brutal and the beautiful which is so central to punk. There are also references to homosexuality in this video and sexual assault In ‘I Wasn’t Asking for It’, surprising lyrical diversions from the album’s marketed theme of being staunchly anti-war and anti-America. These leave the record on a positive note, and draw its themes back to the individuals who will make up the band’s intended American Spring, rather than leaving it sounding like the socialist dreams of a middle-class intelligentsia.

Because Anti-Flag aren’t a middle-class intelligentsia; they’re kids who’ve attacked Western society relentlessly and beautifully for two decades, and don’t sound like they want to stop. As they sing on ‘Set Yourself on Fire’, “Self destruction is still flowing in my veins / Could rise to greatness or could all go down in flames”.

7/10
American Spring was released on May 26th 2015 on Spinefarm Records, and can be purchased here.