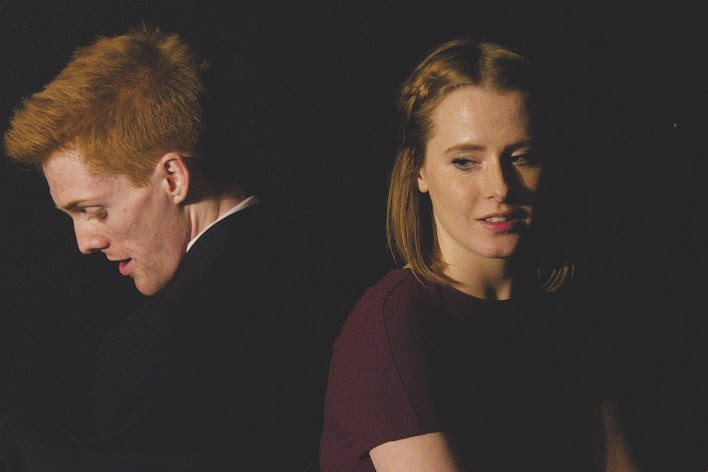 After another land grab by UCL management last year, the erstwhile Garage Theatre Workshop have picked up sticks and changed their name. The newly formed ‘Roaming’ Theatre Workshop is an impressive company – they have put on a great show in an unfamiliar space. The venue wasn’t designed for drama, and so this homelessness has created a few problems: line of sight issues mostly (especially in the first scene), and an occasional breach of the theatrical bubble by external lights and sounds. But these are minor, and are more than made up for by the strength of the acting. Particularly given the minimalist nature of the play and production, it is quite an achievement for a student venture to be carried to such excellence by the acting alone.

The production gets a hold on the essence of Pinter’s play in the first scene, and does not let it go. It opens with Emma and Jerry, former lovers, sitting on the floor with their backs to each-other. The conversation is faltering, consisting mostly of formulaic pleasantries and a few guarded anecdotes. As the play continues Emma’s husband Robert is introduced. Robert and Jerry were bright young men at Oxford and Cambridge respectively; now Robert is angry and disillusioned, and Jerry sad and lost.

Capturing the play’s brutal economy of words and silence, poses a challenge to any actor. It is difficult to convey feeling, let alone meaning, with glances, posture, and the minutiae of body language. It is an intensely physical play, then, but one whose demands are, for the most part, met very well.

Karan Gill and Adam Woolley’s physical performances stand out for particular praise. Woolley gives an excellent anxiety and consternation to all of his scenes as Jerry. However Gill, as Robert, completely embodies the character. He seems to understand just how a middle-aged, cynical, and chauvinistic man enters a room, demanding the attention and deference of everyone else. Bex Parker-Smith is also good, but occasionally a little stiff. Her common pose of standing-up-straight, hands-on-thighs feels a little unsubtle. Her character, Emma, has more to offer than simply a defensive exterior. She is, after all, a willing and serial adulterer – and has the capacity to hurt and betray as much as the other two. However, Parker-Smith generally gives Emma an excellent opportunity to shine, especially when she’s being bratty, or brash.

Importantly, too, Parker-Smith is always funny in the right places. The subversive, gloomy humour of the play was excellently brought out by each of the actors, especially when Robert’s certainty and pragmatism punctures Jerry’s tentative idealism. The play’s exploration of masculine dominance also brings out its ridiculousness. Gill perfectly executes his monologue on why men play squash together with self-righteous seriousness, wonderfully encapsulating the fine line between horror and hilarity in Pinter’s work. The speech could certainly have been played straight, perhaps with a more droning delivery. But Gill’s more wandering, indulgent style tipped it over into the ridiculous: you wonder for a moment whether Robert’s chauvinism is ‘right’, or ‘how the world works’ – but then it becomes clear that he is as much of a fool as the other two, all locked in a tempest of hate and recrimination by their prejudices, and weaknesses, and pride.

The director, Laurence Young, brings the immense potential of his actors to fruition. The staging and lighting are good, and the blocking is smooth and calculated for maximum dramatic effect. The incidental music sets the tone well, introducing a bittersweet barrenness from the off. However, it could be said to be a bit too youthful, clashing with the maturity of the play and its themes.

The level of complexity that this production achieves is truly admirable. Perhaps the added pressure of having no permanent home has galvanized the company’s efforts. Perhaps UCL just has some excellent actors and actresses this year. Regardless, this is a fantastic play with moments of excellence. Go and see it.