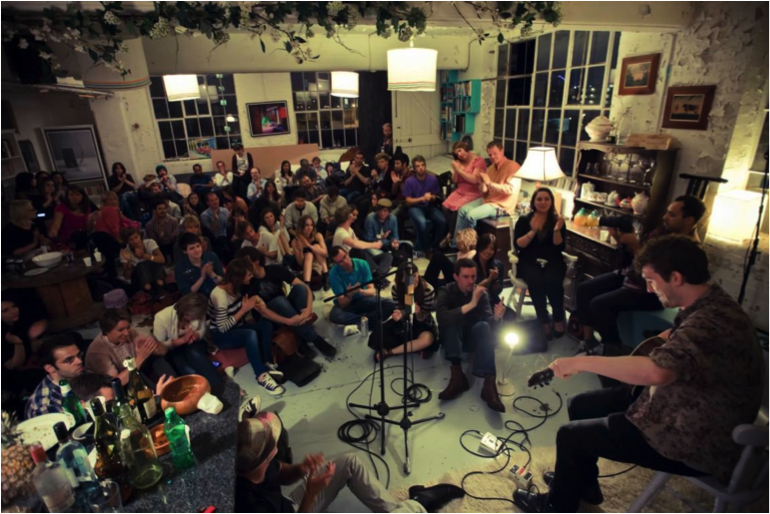 Sofar Sounds unofficially began in 2009, when two friends started hosting a series of small, intimate gigs in the living room of their tiny North London flat. Tired of the identikit, unappreciative crowds who texted and chatted their way through various other small gig venues in London, their initiative sparked a huge following. Secret gigs organized by Sofar – short for ‘Songs from a room’ – now take place regularly in over 100 major cities around the world, spanning from Sydney to Mumbai and even the UK’s very own Hull. The events are hosted in a range of intimate locations and organisers aim to create a genuine community feel among its audience members.

It was precisely in this spirit that, on a cold winter evening, a nondescript community centre in a suburban part of Hackney was transformed into a hub of musical activity. Decked with mismatched armchairs and Persian rugs, the formerly utilitarian space was made to feel more like the cosy living-room of someone’s eccentric great-aunt. The 40-strong audience were invited to make themselves comfortable using the cushions of various shades dotted around the room, and, once the bottles were opened, the previously unknown line-up for the night was announced.

First up was singer Alani, whose backing band featured a guitarist, violinist and a harpist. The intimate setting formed the perfect backdrop to her otherworldly, 1930s jazz-influenced vocals which held the audience rapt with attention throughout her set. The short, sweet-but-not-saccharine songs of forbidden love and heartbreak saw her voice effortlessly swoop from a barely-there whisper to a crooning low register, not unlike that of Dusty Springfield. The dainty accompaniments of her backing band never overpowered the charismatic singer, who gently bantered with the audience in between songs.

Next, folk singer-songwriter Ned Roberts took to the stage. Despite being armed only with a guitar and harmonica, he delivered an impressive set filled with songs from his recent self-titled debut album. His skillful command of the guitar and soulful, world-weary lyrics recall a modern-day Nick Drake or even a trans-Atlantic Bob Dylan. While his music proudly bears the influence of these folk legends, it never falls into the twenty-first century trap of sounding twee or like ‘just another guy with a guitar’. 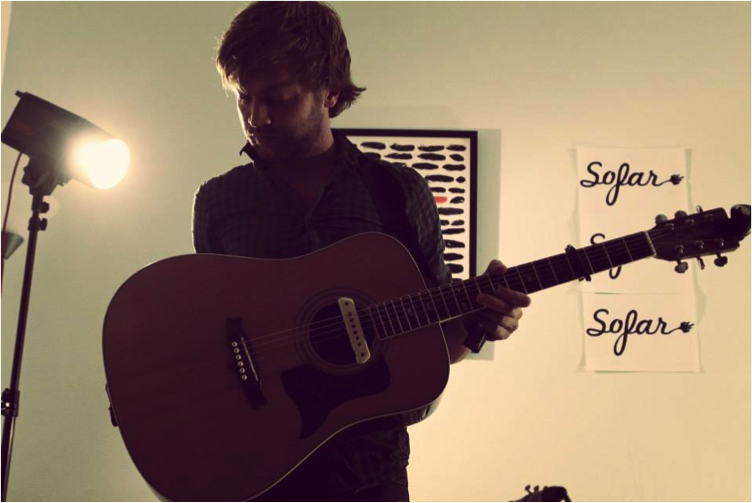 His performance of ‘Red Sun’ was arguably the highlight of the evening. Here is a YouTube video for the album version of the song:

Finally, up-and-coming indie four-piece The Parades rounded off the night. Following on from the release of their debut EP, In the Moment, in October, the band took a break from their busy touring schedule to play at Sofar. Their pop-funk sound carried easily-listening mass appeal for the audience, but tended to be a bit bland at times. To their credit, the band tried to work against this by taking the opportunity to play new, more experimental material which perhaps would not have gone down quite so well in a larger mainstream venue. Indeed, their lo-fi, minimalist set-up led to songs which arguably showcased a more stripped-down side to their polished, radio-friendly sound.

Throughout the night, the audience at Sofar evidently showed respect for the music but without any rigid expectations that the artists should deliver a flawless, arena-worthy performance. The palpable and warm sense of community among us allowed the performers to truly let their guard down, whether it was through talking directly to audience members or trying out new material without intimidation. All in all, the unique and engaging set-up of Sofar Sounds highlights not only the physical proximity of artist and audience, but an intimate emotional connection too.

To sign up for the mailing list of monthly gig dates around the world, visit http://www.sofarsounds.com. All gigs are entirely free, with the exact address and line-up only revealed on the night. Tickets are allocated through a random lottery system.