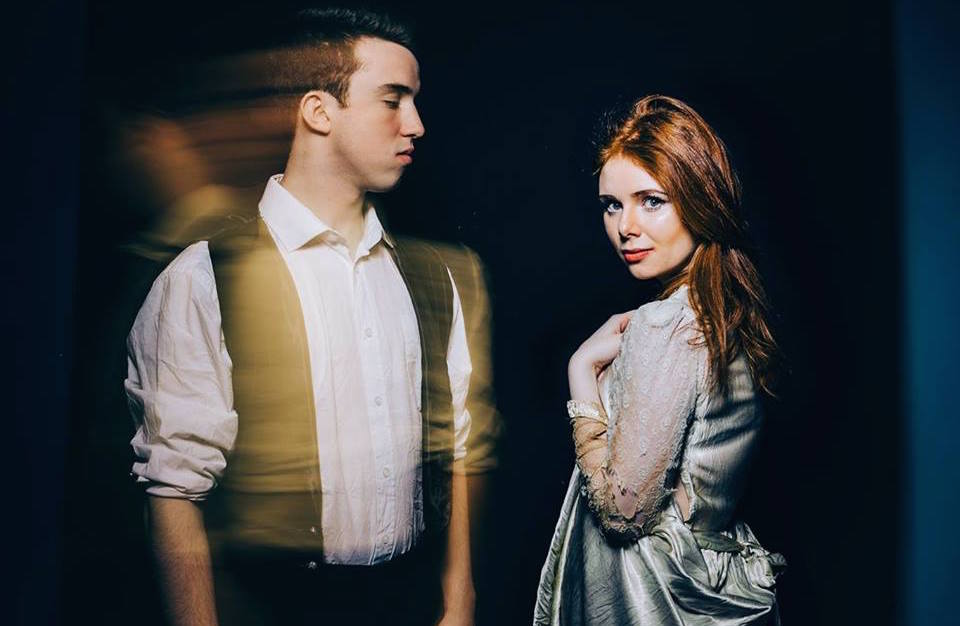 Just a short walk from the Fitzroy Tavern, where the infamous brotherhood was founded, Camden People Theatre is transported back in time to 19th Century London, the world of the Pre-Raphaelites, for UCLU Musical Theatre’s production of Possessed, directed by Madeleine Edis and produced by Nicholas Hockaday.

Dark and Gothic in tone, Possessed recounts the dramatic romance of a wife whose heart is divided between two men. Janey Morris (Grace Roberts) is an angel in the home, married to the infamous William (Simon Whitacker), a well-mannered English gentlemen and respected artist. A Pre-Raphaelite muse plucked from the back streets of Oxford, Janey has become the model of a gentille Victorian wife, devoted to her husband and children.

Except that lurking in the background is the volatile, heart-bleeding Gabriel Rossetti (Charlie Smith), mourning his late wife Lizzie and unable to paint. In an attempt to shake Gabriel out of his listlessness, William suggests that he paint Janey. She models for him as he paints ‘The Blue Silk Dress’ and ‘Proserpine’ and pretty soon, Gabriel is obsessed not only with his work, but enraptured by his friend’s wife.

While Janey faces a difficult choice between the two men, while Gabriel, increasingly unhinged and chronically addicted to drugs and alcohol, believes himself haunted by his dead wife, said to have committed suicide by overdosing on the deadly drug laudanum, a favourite of the Pre-Raphaelites.

I particularly appreciated the way the scenes overlapped in this tense drama. A witty opening with the two prominent male figures is swiftly followed by overviews of every character. Sequences of passionate duet, domestic violence, personal madness, and atmospheric gloom interchange. The sweet, funny duet of servants Bessy (Margaret Evans) and Mr. Carter (Ben Hiam) could not be more subtly and precisely enacted to diffuse the tension – welcome comic relief from darker scenes.

Heather Barnish is a perfect fit for the role of Lizzie the devilish wife, standing out from the beginning with her shining red hair and piercing blue eyes, mastering the role of a mad wife jealous of her husband’s affairs. Her frequent apparitions during the show set a gloomy tone; she is like a soul wandering around in the dim light, waiting for her goal to be accomplished.

As a whole, every actor is endowed with a voice in tune and perfectly in harmony with Steven Edis’s haunting music. Sat behind a set of white linen curtains, the live orchestra create an atmosphere both of purity and enchantment. The stage is small, but not much is needed to invoke the 19th Century setting and the intimate space makes for a truly chilling atmosphere. We feel we are inside the thrilling story with them, vibrating with the same music and chants.

Overall, an interesting take on a story ripe for retelling, and a definite success for ULCU’s Musical Theatre Society.