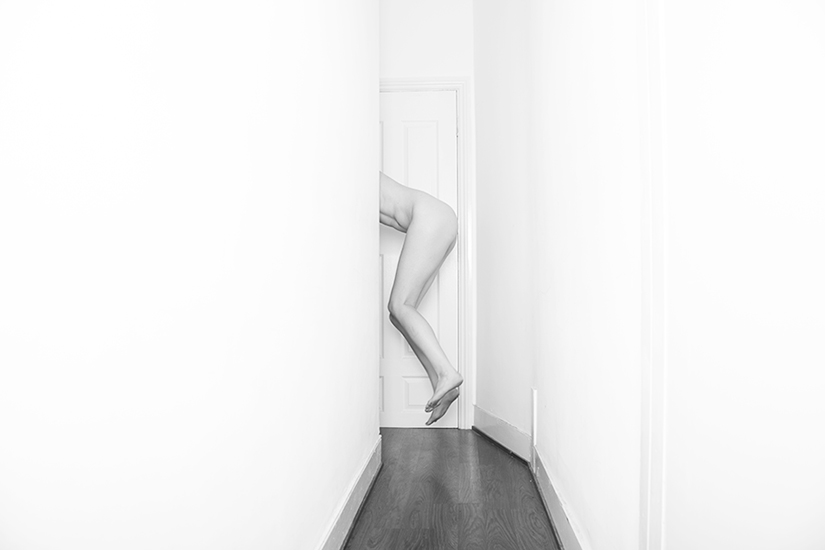 HOLLY CONNOLLY speaks to JOCELYN ALLEN, one of this year’s 25 artists, whose project ‘Covering the Carpet’ explores how we think about the female body.

How did ‘Covering the Carpet’ come into being?

It grew out of the feeling, from a young age, that I should be ashamed of my body. As a kid you go out into the outside world and quickly realise that the nude body, especially when you hit puberty, is something which ‘should be’ covered up. All my work is me just experimenting; sitting in front of the camera and doing what I feel like and seeing what works. With this project I essentially started doing nudes. Whilst I didn’t care about being naked it showed me that, without really realising it, I did care about showing my pubic hair. So the work developed from abstract nudes to finding different shapes that I could do to cover my pubic hair.

I read that you were influenced by the removal of a painting of a woman showing her pubic hair from a London gallery. How much of an impact did that have?

The article came out after I’d started the project, actually. Everyone has been reporting it as ‘the influence’ and it wasn’t: it’s stealing my publicity! I started the project in February and the story with the painting came out in July, so the project isn’t a reaction to it, it just worked as something to put my artist’s statement into context. I thought it raised a good point: people ‘getting upset’ about this natural thing that everyone has when there is so much nudity in galleries anyway. The work isn’t that similar though; the painting was seductive and my pictures aren’t intended to be. 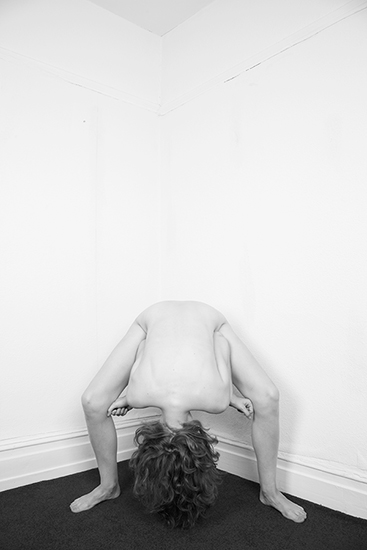 ‘Covering the Carpet’ is quite topical though – it seems to chime with a current trend for body positivity: movements like ‘Free the Nipple’ and people like Petra Collins. It’s almost like having body hair is starting to become a fashion statement. Do you see that?

Yeah you know last year was the ‘year of the bush’? It’s definitely a statement. It’s strange because it’s totally natural, but body hair still doesn’t quite feel like something that’s our own decision. The female body has been controlled for so long, and I feel like for women it’s kind of come to a point where more and more of us are fed up of having to conform. I actually spoke about Petra Collins in my dissertation, and I think her and others are driving a positive movement for women; especially teenage girls, to accept themselves and make their own rules for how they should look.

Does the publicity and exposure your work is getting at the moment feel doubly personal because it’s your body as well as your work?

I’ve been with the pictures for a while now and the more I look at them, the more I feel detached from them as being me. It’s weirdest seeing them in fashion magazines – one of my photos was posted on a magazine’s Instagram, then two images later was a picture of Gisele Bündchen… When I first started doing nudes I was really nervous about people seeing them; but after a while, it just becomes nothing. I don’t really see ‘Covering the Carpet’ as a personal project. A large part of the reason I used myself was because it was easier than employing a model; those pictures could be of anyone. 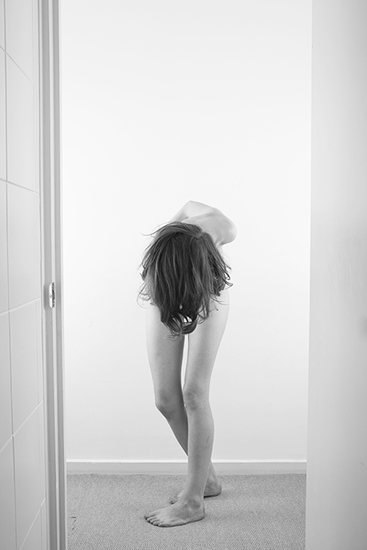 I did my MA dissertation on the selfie and I find Instagram fascinating, especially in terms of the kind of people who have huge numbers of followers. It’s also good in the way that it connects you with a different audience. On the other hand, there are so many people that aren’t necessarily professional but who take nice pictures of whatever they’re doing that it becomes more and more difficult to stand out.

Are there any photographers you find particularly influential?

Not so much anymore. I think that when you’re starting out you tend to focus more on other people’s work, especially if you haven’t looked at much photography and you’re suddenly swept into this world. I looked at people like Gillian Wearing and Trish Morrissey for self-portraiture in the first year of university. Now I look at loads of stuff like Instagram, friends’ work and I go to shows. It’s harder to be inspired now than it was 30 years ago. There have been so many images made in the last century and we’re now in a world where we can access any or all of them instantly; every day you’re surrounded by so much imagery. Because of that it can be very difficult to sustain interest, especially for new photographers. There is space for it, but it feels like that space is narrowing every year. 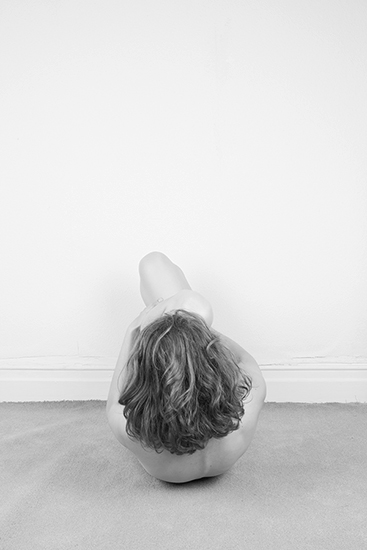 In terms of work, do you have a clear idea of what your next step will be?

At the moment ‘Covering the Carpet’ and another show I have in Singapore have taken up a lot of time. I’ve been mainly experimenting this year. After doing my Masters and constantly making projects it’s been nice to not have to do that, although it’s now getting to a point where I want to. I work by making images and then growing interested in one aspect so they kind of come together and there are always themes that I want to look at. I’m never really not producing work. I have to take pictures, it’s my way of expressing myself. I think if I don’t take pictures I feel very lost. Even if what I’m doing isn’t very good, I still need to feel that I’ve taken something.

Whilst ‘Covering the Carpet’ is no longer open to the public the artist’s work can be accessed on her website.