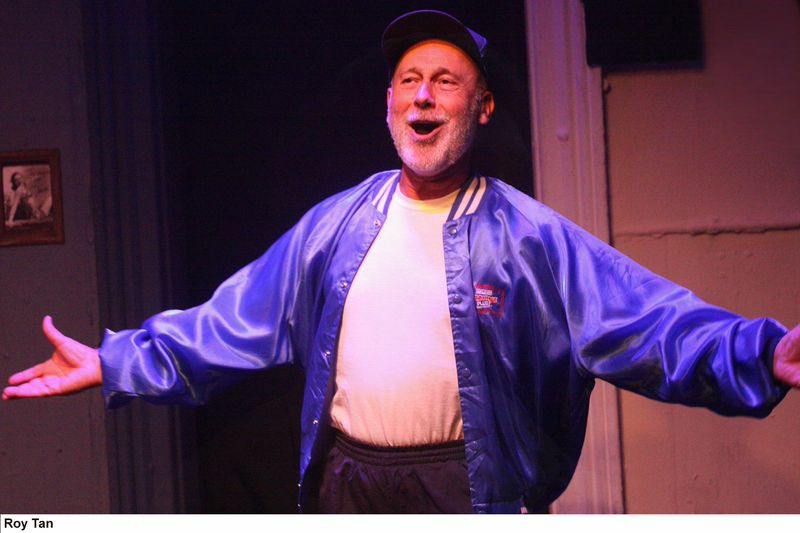 BECCA SPEARE-COLE reviews a revival of the Broadway hit, ‘Damn Yankees’, in Clapham’s most adventurous theatre.

The Landor Theatre is a cosy hidden gem, found in the heart of South London. Take the Northern line to Clapham North, and walk 5 minutes down the road from the station. There you will find this enchanting pub with an equally enchanting production of the musical ‘Damn Yankees’, in its fringe theatre upstairs.

The theatre receives no art funds and simply relies on productions to keep it afloat, housing productions of slightly obscure musicals; not the mainstream titles sparkling in the neon lights of the West-end. It’s perfect for those in search of a slightly unusual and original theatre experience. This month until 8th November, director Robert McWhir is putting on a production of ‘Damn Yankees’ in aid for MNDA, a charity for motor neurone disease (ALS) which Yankee super star Lou Gehrig was diagnosed with in 1939. 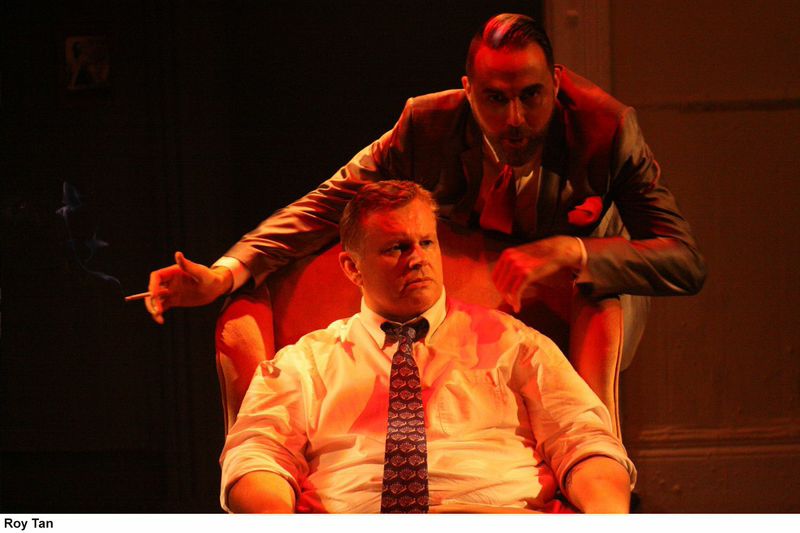 The play is an original Broadway hit, which from 1957 won 7 Tony awards and ran for 1,019 performances, followed by a few fleeting revivals in the last 20 years. The plot follows a real estate agent, Joe Boyd, who is an avid fan of the rather pathetic Washington Senators baseball team. In reaction to a mid-life crisis, he sells his soul to the devil (aka Mr Applegate, a slick sales man) in order to become the young ‘long ball hitter’ of whom the Senators are in desperate need.

With his business mind, Joe insists on an escape clause; if he plays in the Senators’ final game against the New York Yankees he is ‘in for the duration’, or he can walk away beforehand and return to a normal life with his loving wife, Meg…

A musical about sport may sound a little too ‘high school musical.’ But don’t let it put you off – the Landor’s production is really, really funny! A huge part of the experience is the pub evening as a whole; the Landor has a chilled-out vibe, furnished with fairy lights and big squishy sofas. At the back, there is also an enormous beer garden, which is equally magical. And you can take your drink into the theatre without having to finish in a rush as the performance bell rings.

As an audience member it is an intimate, heart-warming experience, which makes big showy musicals seem clinical and commercial. The use of space is particularly inventive in such a tiny venue: trying to convey a large-scale baseball game in a crowded room is not an ideal situation, but cleverly employed different theatrical devices like mime and sound pull it off.

A particular highlight of the production is the baseball team’s ensemble ‘All you need is heart!’. The actors playing the sportsmen (who have also all clearly been hitting up the gym), strip naked wearing nothing but towels, shaking their booties in the locker room. 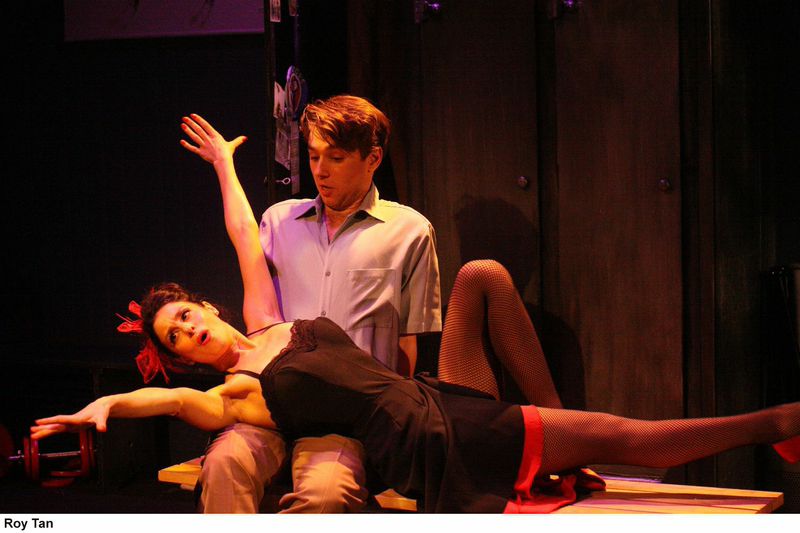 Jonathon D Ellis’ performance as Mr Applegate was the key ingredient for the production’s comic value; this pantomimic role of devil / salesman could easily have been extremely irritating, but Ellis’ comic timing is genius. He swans onto the stage in a mixture of camp and evil that is irresistibly entertaining, rather than annoyingly slapstick.

The lead, Alex Lodge is a little underwhelming in the ‘wet fish’ role but definitely warmed up during the performance. Vocals at times were dodgy which meant that the soppy numbers were a little tedious to sit through, and the dances often clumsy and out of time. But none of this detracted from the play’s entertainment factor – if anything, the scruffiness added to the production’s charm.

Overall The Landor’s ‘Damn Yankees’ is a lovely evening not worth missing. It’s no spectacle but one cannot deny that, ‘it’s got heart’.