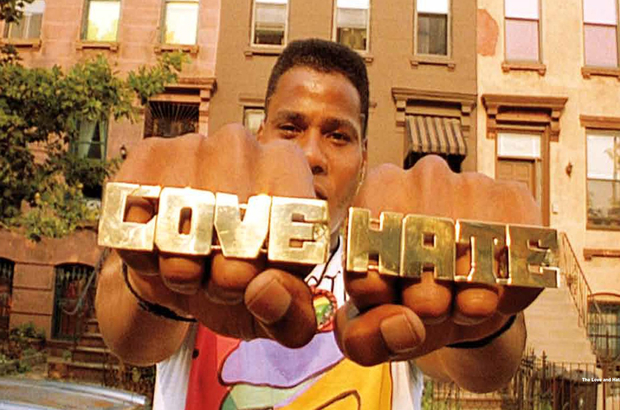 It is increasingly difficult to differentiate between fact and fiction when both can be consumed through the same TV screen. Though the arts usually reflect the zeitgeist of an era, it is always eerie when life imitates art, especially when what we have already seen onscreen becomes reality. When Charlie Brooker imagined the Prime Minister getting frisky with a pig on Black Mirror , who could have guessed that four years later, David Cameron is accused of just that. Relevant or not, this kind of prognostication is not always a matter of coincidence. Often, it is a case of iteration—of history repeating itself without the faults of the past being addressed. Spike Lee’s 1989 film Do The Right Thing illustrates how life will go on to imitate art, forewarning what the Black Lives Matter movement continues to contend with in 2016.

The recent passing of actor Bill Nunn brings the ‘history always repeats itself’ conundrum back into the spotlight. Nunn’s most famous role was that of Radio Raheem, a character of few words but unforgettable style. Do The Right Thing portrays Radio Raheem as a towering character who practises love over hate—an innocent man choked to death by the police, silenced by the brute force of strangers. When Eric Garner was killed by the police in July 2014, his last words became the rallying cry of protesters: ‘I can’t breathe.’ Rapper Mick Jenkins repeats the message in his 2016 song ‘Drowning’: ‘Won’t win it through litigation / All we ask is ventilation / I can’t breathe, I can’t breathe.’

Do The Right Thing is a film about social and racial tension. On the hottest day of the year, a Brooklyn community goes about its business, until person-to-person disputes rise to boiling point and chaos ensues. Early on, Raheem demonstrates the power of love over hate, using the metaphor of a boxing bout to show the recovery and victory of an underdog. But once past the boiling point, love can’t conquer hate in the way that Raheem so passionately stands for.

Radio Raheem’s nickname refers to the boombox always perched on his shoulder, blasting Public Enemy’s ‘Fight the Power’ throughout the neighbourhood streets. The song establishes the film’s rhythm from the opening titles — a bombastic, vibrant dance performance, with his girlfriend Tina (Rosie Perez) bouncing to the beat, angrily juking and jabbing directly at the camera, directly at you. Lee employs this technique at various points in the film, addressing the audience with monologues and glares. Rather than breaking the fourth wall, he draws attention to the glass wall erected between the viewer and the characters, denying us a chance to respond. From Tina’s punches and Raheem’s philosophy to racist rants performed by Lee, as his character Mookie, and John Turturro, as the Italian-American pizza shop owner Sal’s son, viewers are made the target of their intimidation and anger in equal measure. The director does not allow his audience to respond, reminding them those who are not heard are not allowed to speak.

When punches are thrown at the audience, we remain unscathed; yet, though an outstretched fist signals confidence and empowerment to some, it represents intimidation to others. In a society of immigrants from diverse ethnic backgrounds, Lee reminds us of the existing racial prejudices that influence social interactions, often leading to loathing and resentment.

These tensions result in brutality  and vandalism— but the difference between the two is crucial. Both are part of a violent scene, but Lee draws attention to the cause-and-effect of each action. A verbal racial dispute causes Sal to destroy Raheem’s boombox; Raheem fights back, and police arrive to ‘subdue’ him, subsequently killing him in a chokehold. In protest, Sal’s pizzeria is wrecked and burned, starting with Mookie shattering the shop window.

Lee recognises that racial tension can be complex, arising from mutual distrust — anger in response to anger without compromise — leading to extreme violence. But he also makes clear that the consequences are often resolvable on one side, and irreversible on the other: a pizza shop can be rebuilt, a death like Radio Raheem’s caused by police brutality and often without subsequent litigation, is a full-stop, an end without warning. Lee made this film in 1989, and released Chi-Raq in 2016 with the same issues being addressed. 27 years later, he is still looking for the same thing as Samuel L. Jackson’s radio DJ character, Mister Señor Love Daddy: the truth, Ruth.