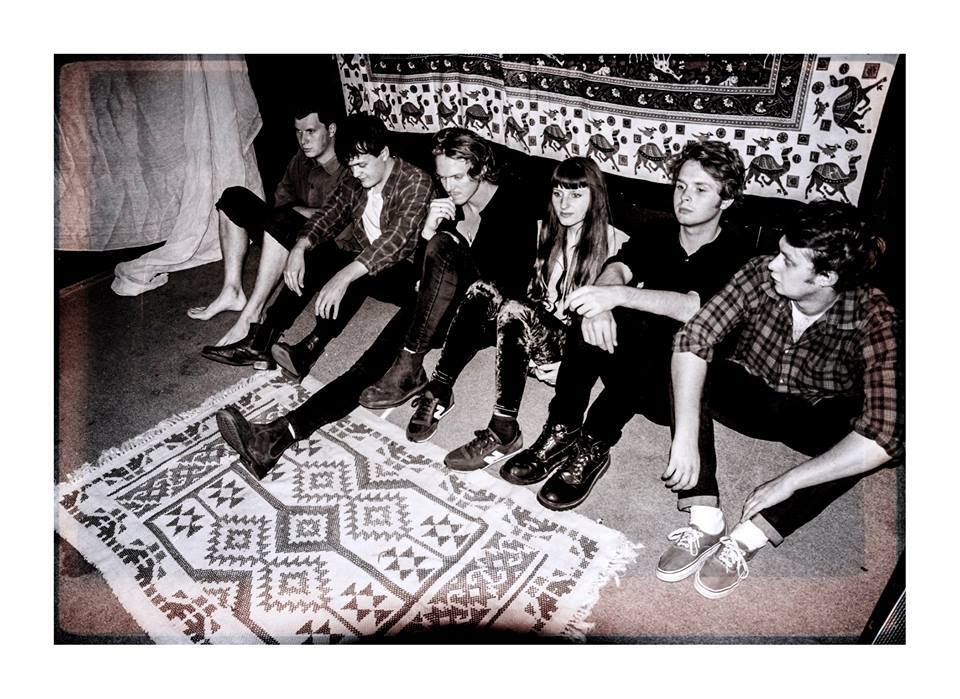 A few weeks ago I saw Early Ghost, a psych-folk sextet from Brighton, celebrate the release of their latest single ‘Everything Goes With It’ with a gig at The Shacklewell Arms. ‘Everything Goes With It’ is a buoyant tune with spooky-sounding keys and a groovy guitar riff that defies you to keep still. Although plenty of retro references can be heard in their music, Early Ghost combines these influences in a totally refreshing way. They produce music that makes the listener feel nostalgic for an era they have never experienced.

Early Ghost played a satisfyingly full set on the 6th of September, including my favourite track of theirs ‘To Be Heard’. Zoe Brownrigg takes lead vocals on this song; her dreamy voice compliments the retro, American-cowboy guitar well. The bridge of the song drips with vocal harmonies that contrast dynamically with the ringing guitar riffs. I wonder whether the side stepping choreography in the official video for this tune is an ode to The Shadows’ live performances of ‘Apache’. The Shadows too perform a little foot shuffling and strutting to accompany their self-proclaimed ‘kind of Hawaiian sounding lead guitar’ – a sound that Early Ghost are evidently influenced by.

Early Ghost also impressed me with their smooth transitions between songs. Too often at gigs the awkward silences and preparations for the next track leave the audience shuffling towards the bar, exchanging nods and muffled approval with each other. But Early Ghost didn’t let you do that. From song to song there was a genuinely interesting display on stage; the band members weaved between each other to swap instruments, guitars to brass, guitars to keys, whilst lead guitarist Mike O’Malley held our attention by playing an accompanying note. The Shacklewell Arms has a small and intimate performance space, meaning each listener has a decent view from whichever position. This worked to Early Ghost’s advantage – it gave the gig a sense of spontaneity that proved aesthetically pleasing throughout. It was seamless.

After the gig, I spoke briefly to O’Malley. I commended him on the performance – especially complimenting the band on their Spaghetti Western vibe. He told me that the band had been watching a lot of Clint Eastwood films, and that those soundtracks were a major influence on the band’s sound. Early Ghost has also previously supported Neutral Milk Hotel on tour, and the brass interludes that feature in a few of Early Ghost’s tracks could be reminiscent of films scored by Ennio Morricone. I think their song ‘Poor Man’s Trill’ uses these influences most fruitfully – the brass sounds and grooving rhythm of the banjo on this track create a really authentic and cinematic sound that still remains unique.