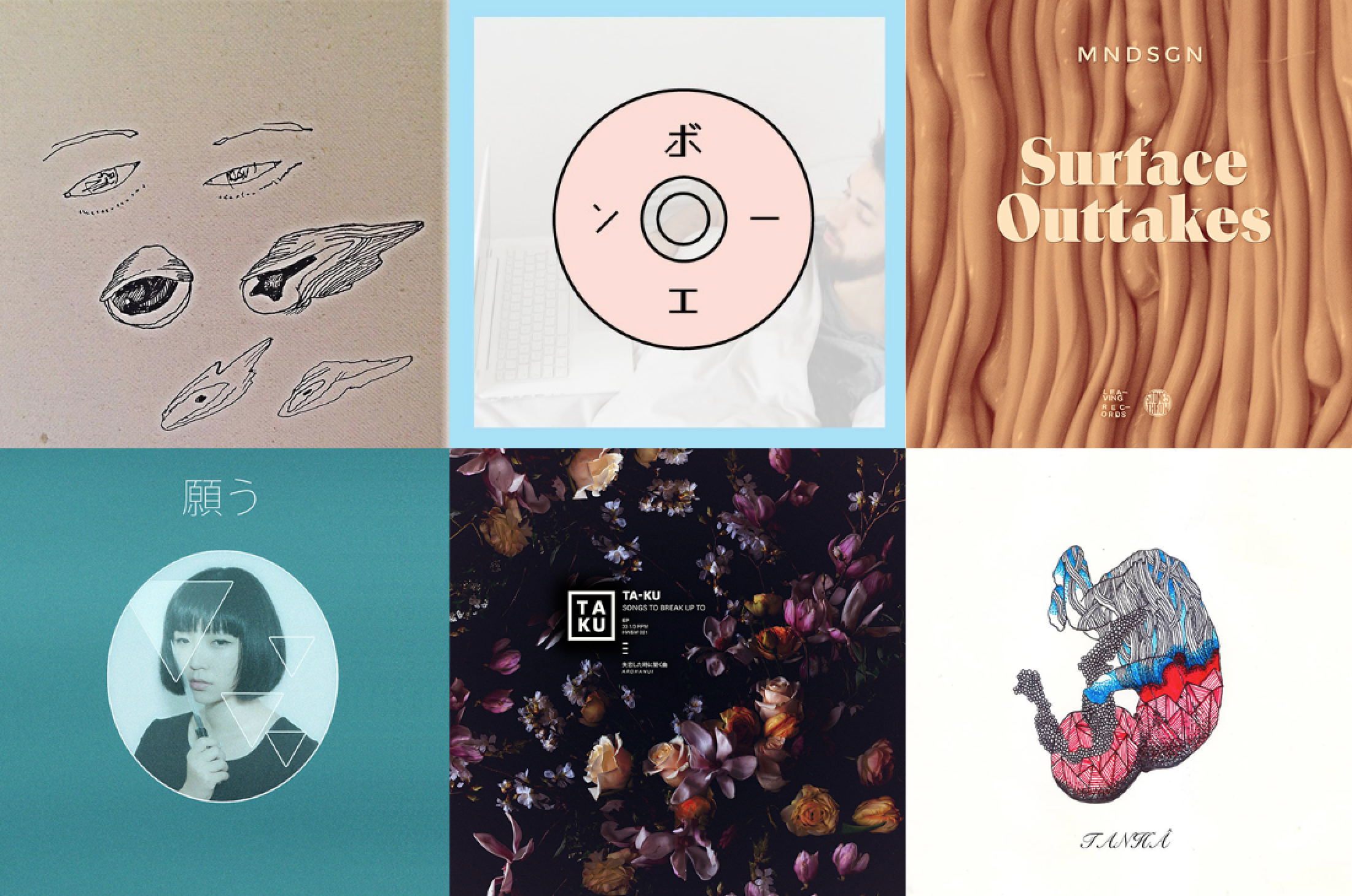 JAN KOBAL explores the world of beat making, maybe you should too.

Musical innovation still exists in this day and age. It simply resides where most of us haven’t bothered to look yet: beat making mixtapes. It seems we are in an era of genre saturation – if an artist wants to mix trap with lounge jazz he or she is perfectly welcome to do so. This makes it impossible to keep up with everything, but is immensely rewarding to explore. Artists are welcome to upload their work for next to nothing and see if the masses bite. I have bitten off a little piece and can assure you that some of the most exciting dishes out there are served up in mixtape form, each of them with their own origin story and soul. Here are several artists, each with their own unique background and style, that will hopefully whet your appetite enough to explore further the intricate world of beat making.

Lee (Asano Ryuhei) is an audiovisual artist that works out of Fukuoka, Japan, as well as Bangkok, Thailand. He has a veritable smorgasbord of musical releases on his SoundCloud but the one that truly mesmerized me this year was his collaboration with fellow beatmaker Arµ-2, named TANHÂ. The eclectic release reached my ears somewhere in mid-March and I fell in love with it instantly. Rather amusingly, Lee only cites one influence: everything around him. Which doesn’t really mean anything at first, until you browse his artwork (selection below) whilst listening to the album. His self-drawn images range from fairly understandable to completely esoteric and arcane. As if his blog of free images were not enough, he draws an album cover for each of the songs on the album. One truly gets the impression of someone trying to break out and find their artistic niche through every single avenue available to them. Which is quite a plucky move. This release is definitely worth a listen, especially the third track on the tape: ‘dukkha’. 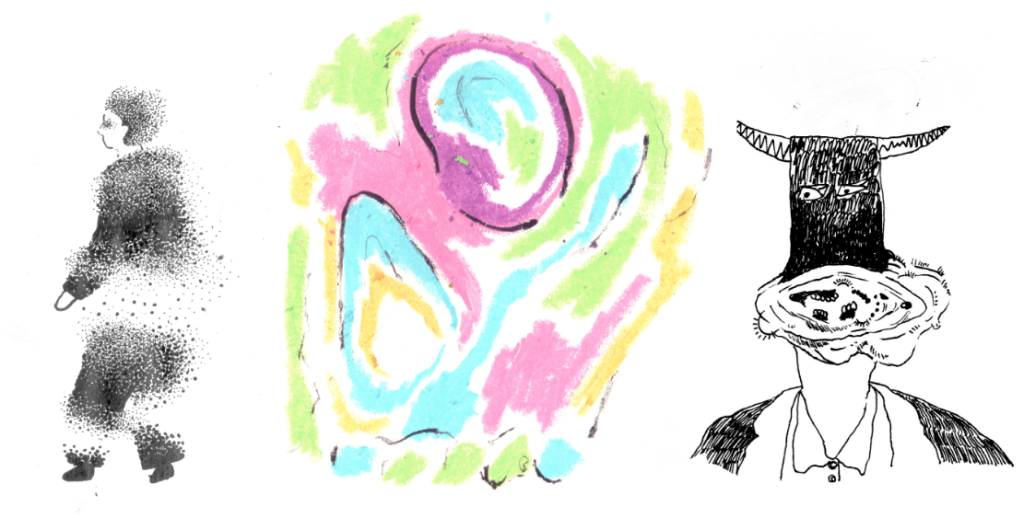 Calum Bowen, a video game music developer-cum-mixtape artist also known by his alias bo en, has quite possibly the most distinctive sound of any beatmaker out there today. His kitschy Japan-influenced musical aesthetic carries obvious appeal for a generation who has grown to fetishize Studio Ghibli, Final Fantasy and manga. Despite having a background in classical music, bo en chooses to produce music that does not resemble classical structure at all – leading to one official release, Pale Machine. It is up for free on his appropriately J-pop-esque site and has musical quidnuncs everywhere salivating. Classified as “pop”, Pale Machine does more than just sound like a soundtrack to a very emotionally engrossing videogame. The production is incredibly maximalist yet manages to find restraint in all the right places. This is especially evident with standout track ‘Winter Valentine’. Glitchy synthesizers are still present but what grounds it is an ever-present piano and ambient theme that is side-chained to the languid yet forceful beat. Much like how Kuedo managed to fuse trap and Vangelis a year prior, bo en somehow manages to make an incredibly chipper style of music feel personal. The result is an extremely polarizing kind of music that, if appreciated, has the potential to completely perk up your spirits.

In a similar vein to bo en we have spazzkid, the moniker of Mark Redito, who gives the style a washed out and laidback LA vibe. Whilst bo en’s production is incredibly intricate, Redito favours enveloping his music in layers of fuzz and reverb, which is occasionally cut through by some of the most lusciously placed and mixed bass I’ve ever heard (this is most apparent on the third track, ’40 Winks’). Redito classifies himself as a pop artist too, but at this point I’m starting to realize that labels are born more out of a need for simplicity than a way for artists to truly categorize themselves. They let the music speak for itself, a gutsy move in a world where everyone attempts to label things.

Moving to another American multicultural beat maker we have MNDSGN, aka Ringgo Ancheta. MNDSGN has somehow managed to carve out a very relaxed style of beat making in the very competitive Los Angeles scene dominated by left-field artists such as Flying Lotus, Teebs, and Samiyam. Ringgo fell into the world of beatmaking after hanging out with an enthusiastic producer on one of his childhood hitchhiking trips to Philadelphia. Why anyone would choose to hitchhike to Philly baffles me but that’s what the dude did. With the release of Surface Outtakes and Yawn Zen, MNDSGN has established himself as one of the most understated producers around. Utilising live keyboard elements and sampling, MNDSGN crafts blissfully intricate funk and ambient music. Attempting to not bob your head to ‘Homewards’, the second track on the tape, is a pretty tall order. The modern hip-hop influences are apparent, yet the music still manages to evoke the feeling of existing in the glisteningly funky era of the late 70’s (minus the platform shoes and the glass eating).

With the capability of stuffing such a myriad of musical elements into a beat making style it is perhaps unsurprising that we are witness to concept releases in the beat making world as well. A prime example being a release from Perth producer Ta-Ku simply called Songs To Break Up To. Every track on the release is appropriately lugubrious but simply saying that would be selling it short. With its sweeping strings, taiko drum samples, and left leaning beat progressions, the emotions it evokes are genuine. Sorrow over ill-placed cathexis is explored on ‘Love Lost’, anger is addressed on ‘Wasted Time’, and ‘Moving On’ gives hope for the future. Songs To Break Up To is easily the most accessible and disarming tape in this list.

The oversaturation of our music market and the speed and volume at which music is released and consumed may make it feel as if musical innovation is becoming a rare occurrence. This is not the case. Some of the most enthralling, diverse and personal releases out there exist as a mixtape. All it takes is a little exploration in order to find a world of music you never thought you’d be able to connect to.