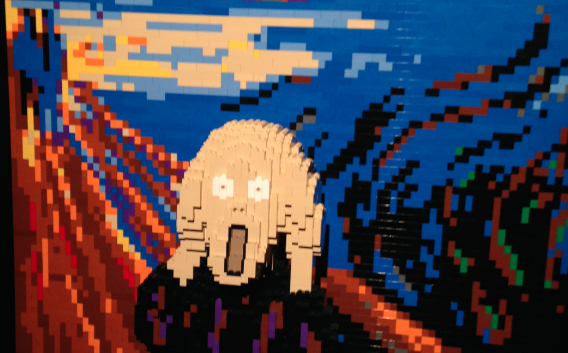 SOPHIE MEADOWS marvels at ‘The Art of Brick’ and Nathan Sawaya’s LEGO creations.

The New-York based lawyer turned artist woke up one morning and decided he was sick of corporate law and wanted to play with LEGO instead. And so he turned his weekend hobby into his job; the result is one of London’s most interesting current exhibitions.

The effect is remarkably and unexpectedly wonderful. The exhibition starts with a short explanatory film that contextualises the rooms to follow, and unusually, encourages viewers to take pictures. The first two rooms present Sawaya’s imitations of iconic paintings and sculptures. For these works Sawaya reduces the detail of these famous masterpieces to only a few colours. 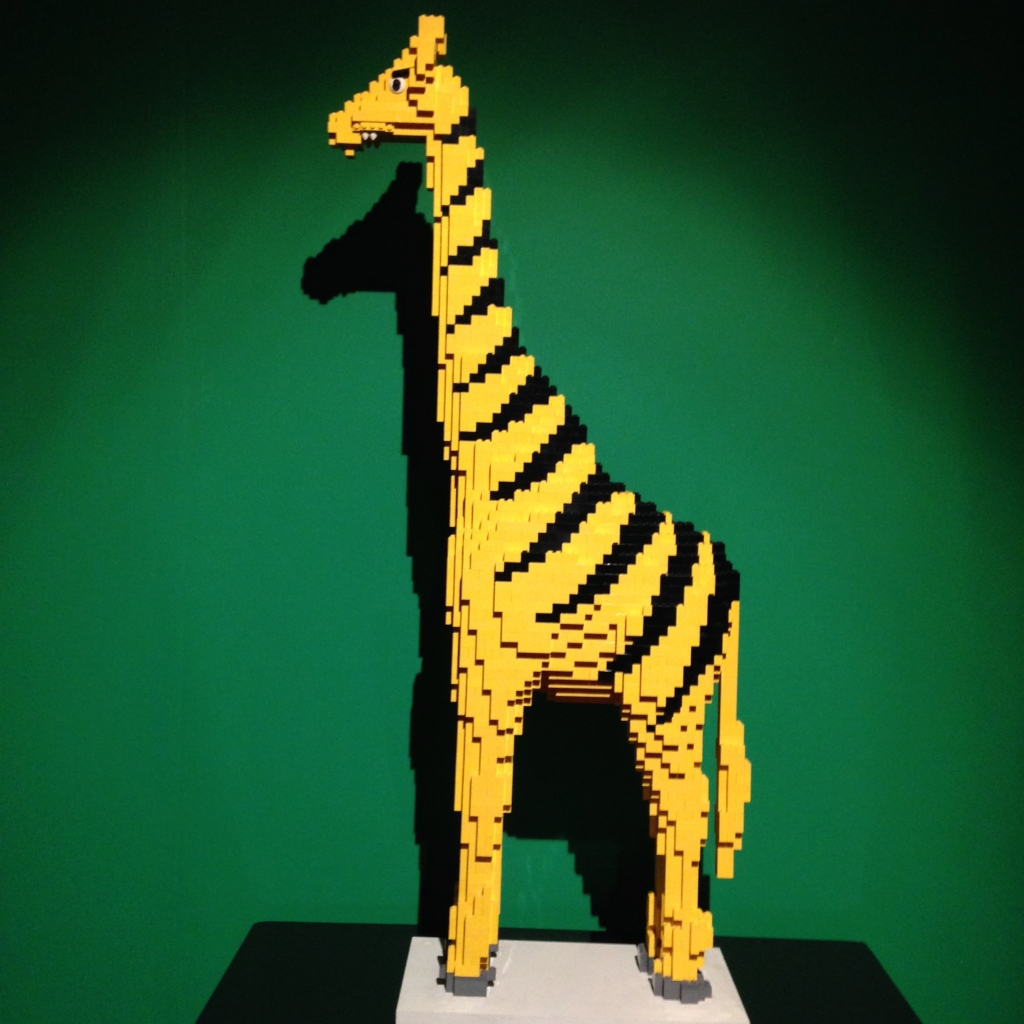 Despite this, the works on which they are based are immediately recognizable. The effect is strangely gratifying; there is something inexplicably fantastic about a grey LEGO replica of Michelangelo’s Venus de Milo. Equally, Sawaya’s pairing down of works which are valued for their fine detail, makes an interesting comment on how even these masterpieces can be boiled down to a few simple shapes, and evokes Warhol’s notorious silk screens.

Sawaya does not just rely simply on the viewer’s artistic knowledge or preconceptions, however; the subsequent rooms display a vast series of conceptual pieces, which are both technically fascinating and thought-provoking. Particularly wonderful is ‘Yellow’, which has become an iconic piece since the traveling exhibition first opened. The sculpture is so-named due to the colour of bricks with which it has been built, and misleadingly suggests a light-hearted and simplistic piece. Instead, ‘Yellow’ is the torso of man, in the act of ripping open his chest, from which more yellow bricks flow. 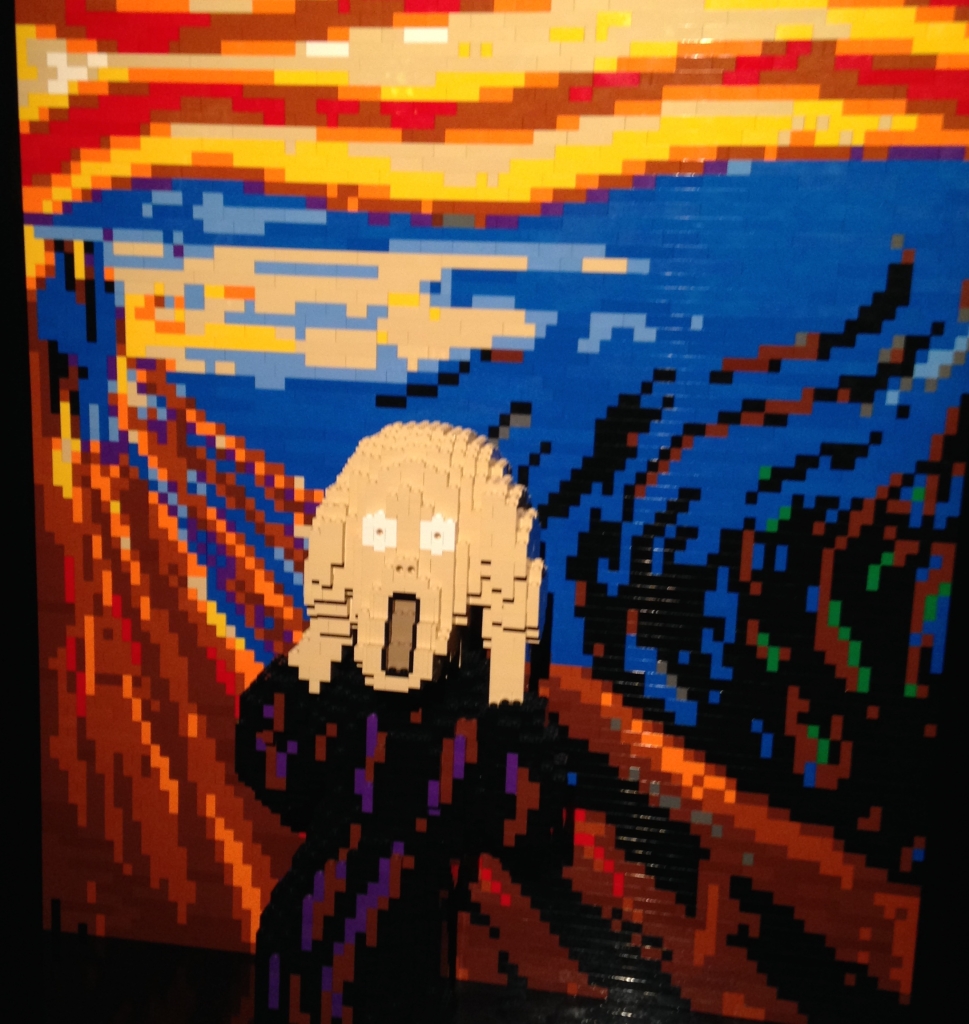 The exhibition is beautifully and thoughtfully curated. While Sawaya’s sculptures become increasingly sophisticated, the use of lighting is consistently fantastic. Indeed, the lighting makes the sculptures seem especially 3D as the consequent shadows give them greater depth and substance.

Sawaya’s exhibition is the perfect answer to a gloomy, rainy afternoon. The concept leaves the viewer tingling with delight; you can feel the fun that the artist invests in his works. It is guaranteed to make you smile.

The Art of Brick is showing in London until the 14th January. For more information and tickets, click HERE 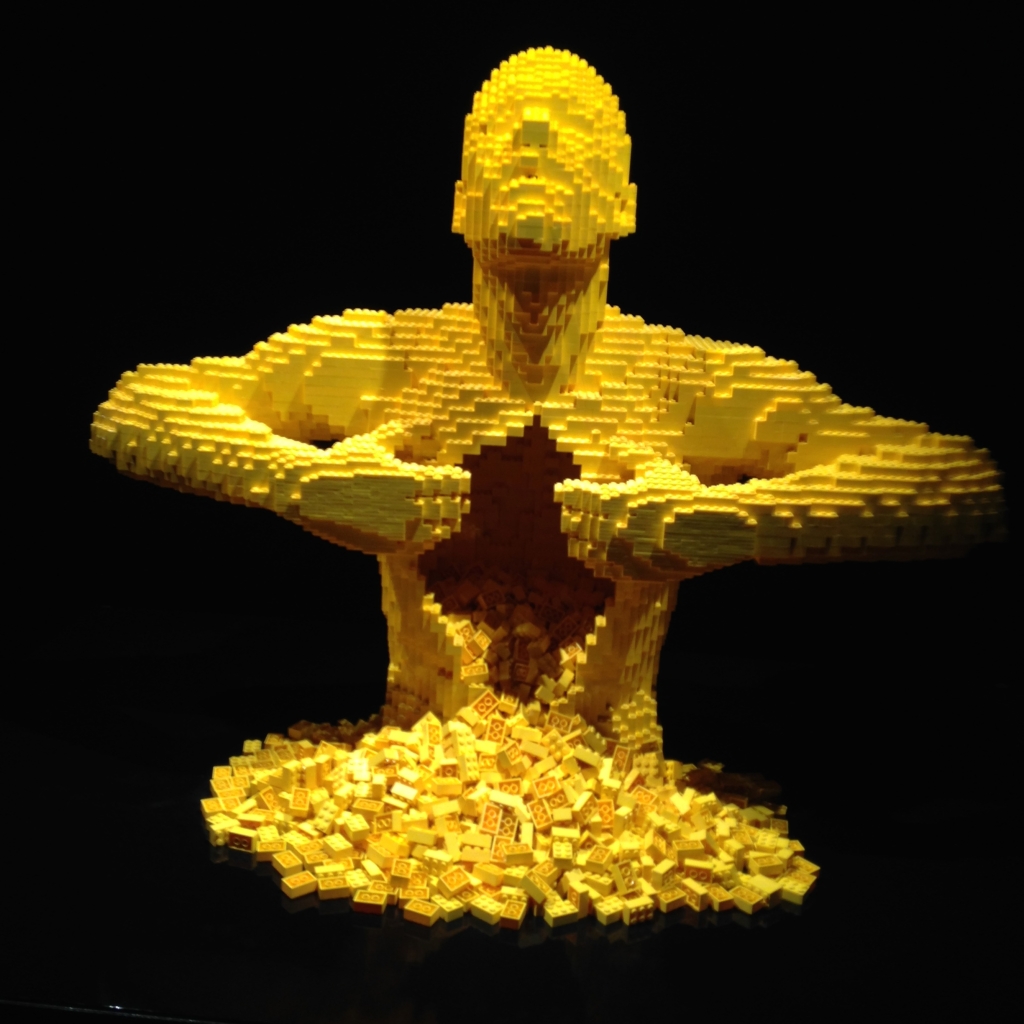