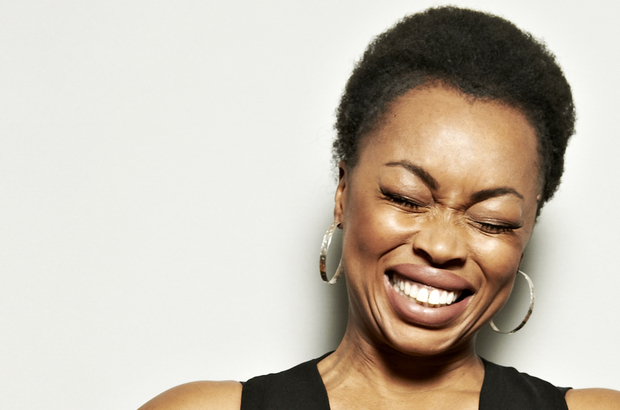 “I didn’t know death could be so pretty,” gasps Phina Oruche, re-enacting the horrifying discovery of her beautiful 19-year-old niece’s corpse in her Liverpool home in 2011. This tragedy was to be the catalyst for an emotional journey that would culminate in Oruche’s autobiographical one-woman show, Identity Crisis. Within the opening minutes of the play, Oruche – by offhandedly discarding her voluminous silky wig to reveal an almost bald head – challenges any preconceptions we might have about her. For she is not only a loud-mouthed middle-aged Scouser but equally a former supermodel of Nigerian descent. Amongst her accolades, a feature in ITV’s Footballers’ Wives sits alongside a master’s degree. For Oruche, identity is multifarious, as easily slipped in and out of as her hairpiece.

Coming to London for its first run since its debut at the Edinburgh Fringe Festival last year, the play takes place in the intimate room of the Ovalhouse Theatre. The set is a minimalist white sheet and white umbrellas strewn across the floor, echoing a typical photoshoot set-up. To push this parallel even further, there are frequent, even excessive, changes of lighting. Sparse props allow added impact from photographs that are projected onto the screen behind Oruche, prompting her to discuss different parts of her career. To enjoy the ride, the audience must embrace the element of self-indulgence that such a revisionist take on life inevitably has – in this retrospective she can reinterpret her own history. 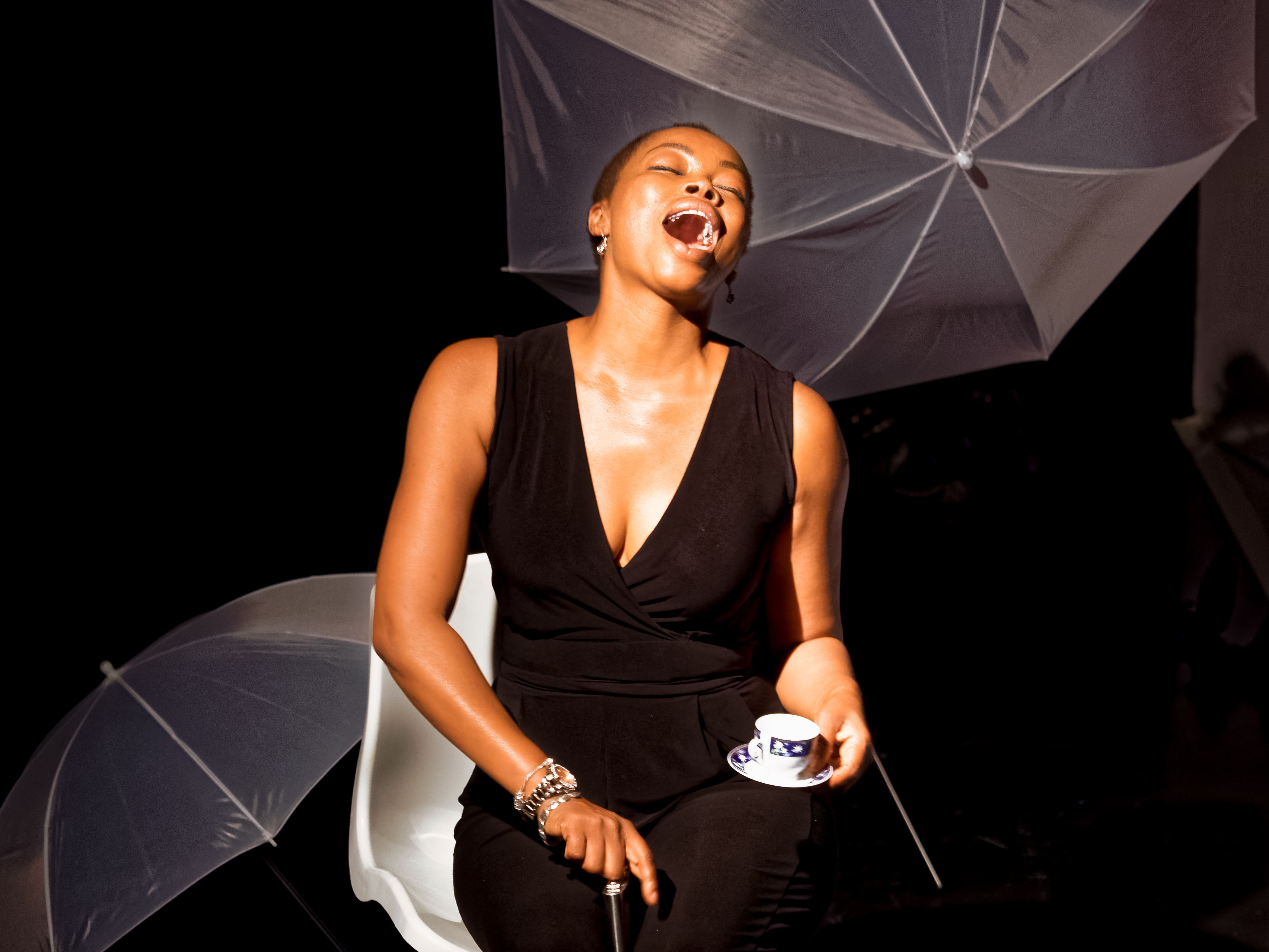 Oruche adopts nine personas throughout the performance. Among them are Amy Tan, a working-class white chain-smoker with a taste for spray tans; Mama Nikku, a full-bodied and flamboyant Nigerian matriarch; Sir Bobby Blue, the callous director of a large media establishment; a dreadlocked ‘Street Emperor’ Rasta and a middle class 56-year-old widow who picks up men at funerals. Although her impersonations distinguish themselves markedly, it feels overall that this medley of characters are all different aspects of the same individual Phina Oruche.

A large proportion of the show is an insight into Oruche’s modelling career in New York where she shared catwalks with the likes of Naomi Campbell and Helena Christiansen. Unsurprisingly though, she explains that the 90s fashion photographers’ parameters of creativity extended purely to getting her to take her clothes off, covering her in baby oil and banging an afro wig on her head. The modelling industry is indeed the perfect springboard from which Oruche begins to engage with issues of racism and dispute the moulds of the white paragon of beauty. In a climate where beauty was epitomised by long satiny locks, Oruche wore her hair short and dreadlocked. Yet rather than claiming this as a courageous act of defiance, she is appalled by the very idea that wearing her hair naturally could constitute a challenge to white privilege.

As well as an examination of how we construct identity, the play is first and foremost a hilarious story. The tone is conversational and the narrative is absorbing. By the end of the evening we feel like we are on first name terms with Phina who has run the gamut of emotions from uncontainable excitement to suicidal consideration. It is clear, however, that her collage of character goes far deeper than one would ever be able to grasp in a mere 75 minutes. Identity Crisis dissolves boundaries and reveals that no single character, stage or four walls could contain this infinitely complex actor in all her facets.