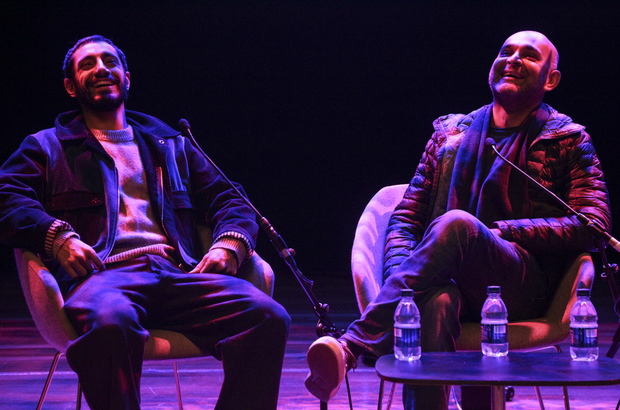 ‘What is it that makes the migrant story so compelling?’ Perhaps in the case of Mohsin Hamid’s fiction, including his latest novel Exit West, it is the grittiness of dislocation, or the mystical air through which he figures his characters’ assimilation into society. It could also be that there are significant challenges in depicting migrant experience appropriately, something that black comedy Four Lions starring Riz Ahmed addresses head on through its transgressive satire of radical extremism. Or maybe, as Hamid and actor, writer, producer and musician Ahmed both suggest on the panel at the London Literature Festival’s finale discussion ‘Migration and Magic’, there are elements of the migrant experience that resonate universally.

‘That sense of foreignness allows me to imagine others feeling ‘foreign’ even though we might not understand why,’ Hamid remarked. The migrant experience can connect to a feeling of ‘otherness’ within us. Another widely relatable aspect of the migrant is in its embodiment of ambition. While not denying that for many, migration is a necessity not a choice, migration is always a ‘bold act of faith’. Migration is about daring to ‘hope for a better life’, although the process might be inevitably destabilising. The migrant narrative captures those feelings of discomfort and idealism that are common to the human experience.

Since the experience of migration is unique to different individuals and communities, who often face broad marginalisation in Western society, this appeal to ‘universality’ by the panellists is surprising. However, Hamid and Ahmed are never reductive. They speak about their intensely personal stories regarding migration and balance what might seem a paradoxical combination of the universal and the specific. This conflict illuminates the complexities of the experience, part of it’s fascination and its difficulty to navigate.

In bits and pieces, Ahmed and Hamid relate how they coped with the migration experience through their own ways. Ahmed describes how he was inspired by a Zadie Smith quote: ‘All I want to do with my work is to take words like black, British or woman and stretch themselves so they’re big enough so I can live in them comfortably.’ Upon self-reflection, Ahmed realised he had been practicing this his whole life with his name. Names are powerful as labels of identity, representing you to the world. Ahmed related that he did not identify with his birth name, Rizwan—“It was an elegant name that rolled off the tongue”. Yet in a British setting, where the norm was to have short, three letter nicknames like ‘Bob, Tim, Tom etc.’, Rizwan stood out. So, Ahmed adopted the nickname ‘Riz’ instead. He then became a ‘Riz’ amongst ‘Bob, Tim, and Tom’, but also amongst ‘Raj, Div and Kas’. Unconsciously, he and other British-Asians were stretching the ‘pantheons of Britishness’. In Ahmed’s words, ‘A Pakistani might call himself Rizwan, while a Paki might call himself Riz.’ 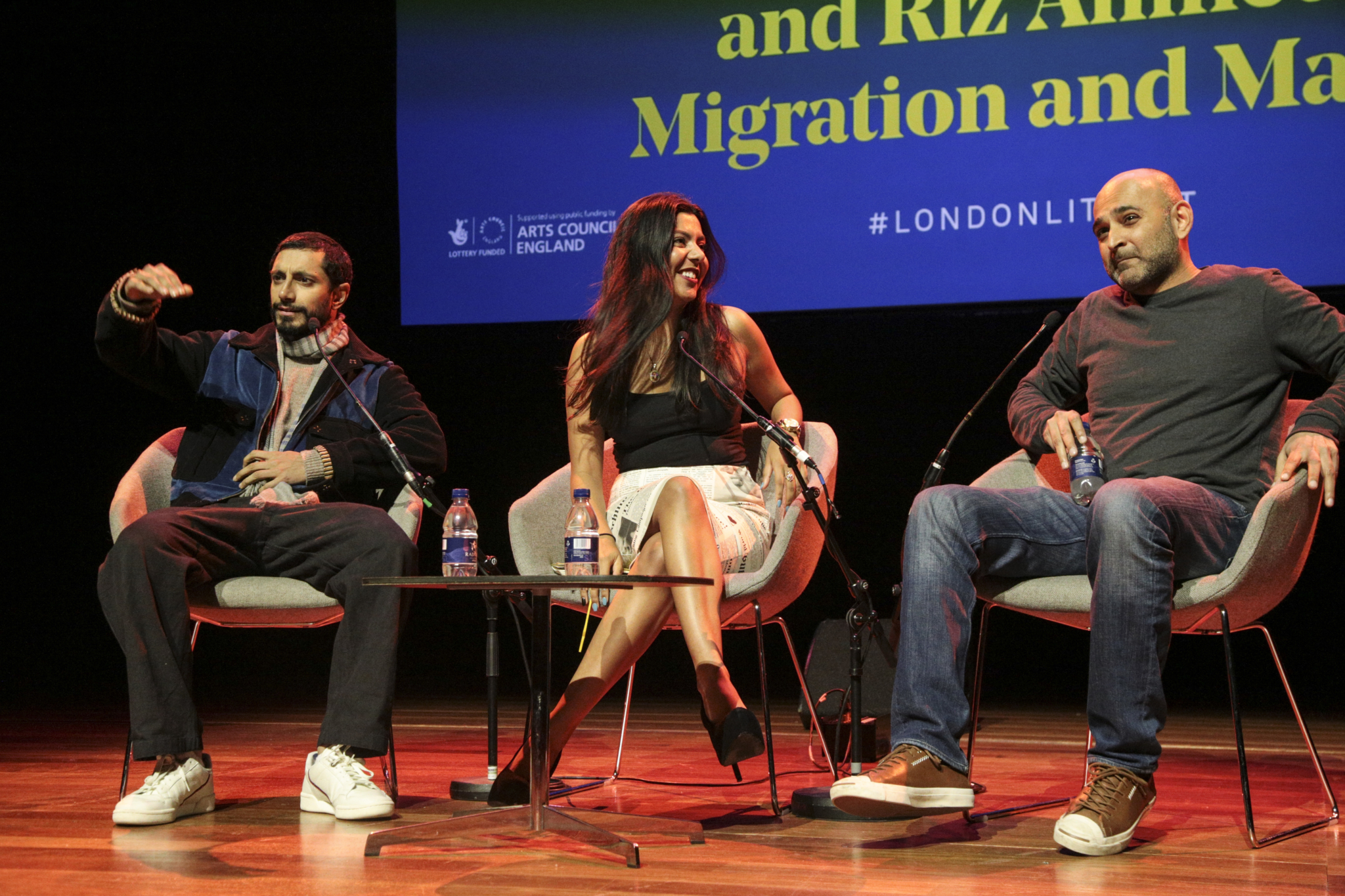 On the other hand, Hamid grapples with migration, at least in his novels, by appealing to ‘namelessness’. Out of Hamid’s four novels, only one of them names Lahore as the city it’s set in. Although the description of Lahore might be very specific, the namelessness does not alienate those unfamiliar with the city and through this the writer seizes the potential for universal affinity. The reader is freed from pre-conceptions about the place and allowed to intimately relate to the narrative regardless of their background. Hamid has even had a Mexican director approach him, claiming that the city in his novel was Mexico City itself. Namelessness opens the doors to potentially universal connection.

This gentle inclusivity gives space for the reader’s propensity to read their self and their home into any narrative. But the location of ‘home’ in the migrant narrative is not necessarily straight forward. For Ahmed and Hamid, ‘home’ could not easily be geographically pinpointed, and therefore they had to address the word’s meaning for themselves. Hamid thinks that much of our lives are ‘outside of geography’ these days. He claims that the ‘human body doesn’t lie in a place like it used to, … to be a person now is to be plugged into various sources’. The nature of home is intangible. It is no wonder Hamid resolutely states that he is, ‘making a feeling of home for [his] children.’ Rather than existing as a specific geographic location, home because a sense to be cultivated.

Ahmed similarly concludes that home is about comfort, yet he takes a different approach to reach this answer. ‘Home is a story you tell yourself,’ he says, ‘that other people tell you you’re a protagonist in.’ In accordance with this concept he recounts his teenage discomfort with ‘Britishness’ and his idealisation of Pakistan despite never having been there. When he finally arrived in Pakistan it made him realise, soberly, that it was not his home after all. Instead, he found himself in a no man’s land, fully belonging to neither Britain nor Pakistan, but also belonging, in a sense, to both. Ahmed describes his experience as having ‘no passport, but many visas to different destinations.’ It thus becomes important to turn this no man’s land, filled with migrants, into a habitual space that can come close to the comfort of home.

The discussion inevitably veered towards politics, and exploring what the overarching social narrative about migration was. There was no doubt that the presiding narrative today is against migration. Hamid definitively stated that the idea that democracy can coexist with supremacy, white or otherwise, is illusory. It becomes terrifying when humans impose standards of supremacy based on arbitrary characteristics. Hamid raised the example of how in Pakistan, the standard of ‘being Muslim enough’ falls apart because it begs the question, ‘who is really Muslim enough?’ These standards invite hypocrisy from leaders who themselves struggle to meet these pristine levels, while dividing society. It does not take a genius to see how the anti-immigration narrative perpetuated by Trump and Brexit has stoked societal racism.

It is in this moment, when the political narrative is divisive and propagates tribalism, that we must contemplate the oneness of the human experience. Only through this universal recognition of the other as our self and our self as other can we pierce the us/them binary. After all, the magic of migration stories is about recognising other humans with similar experiences, about recognising ourselves in unexpected places.