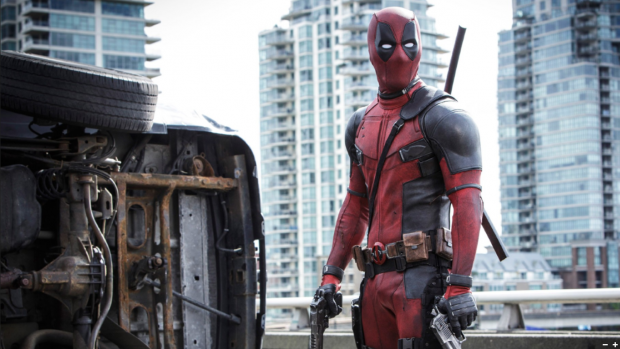 MEI HOE traces the changing role of the villains in the Marvel Cinematic Universe.

Good and evil always seem to stand in mutual exclusivity in Hollywood films. There is the protagonist trying to save the world, and then there is the antagonist trying to destroy it; by the end of the film, good has always triumphed over evil – unless, of course, there’s to be a sequel. These incredibly paper-thin villains can make the film seem staid, even tedious, to watch. Recently, however, Hollywood villains have developed and deepened into more complex characters, with the Marvel Cinematic Universe, in particular, portraying compelling, three-dimensional villains that we either hate for their unthinking evil, or sympathise with because of their tragic pasts.

The X-Men films have managed to create a vast array of characters who have been spurned by society and commit evil acts against humanity. In Bryan Singer’s first X-Men (2000), Ian McKellen’s Magneto experiences the worst of humanity as a Jewish child in Nazi-controlled Poland during World War II. Then Matthew Vaughn’s X-Men: First Class (2011) saw the return of Magneto, this time portrayed by Michael Fassbender. This film incorporated further tragic depth into Magneto’s backstory. In the film we witness the murder of the young Magneto’s mother by the concentration camp guards because he fails to move a coin with his mind, after being ordered to by the guards. These early ordeals deepen and complicate his character, as it is suggested that his time in the concentration camp motivates the violence he later unleashes against humanity. By showing characters who were once good but have been brought to villainy, it can become difficult to see who is in the right and who is in the wrong.

Interesting, well-rounded villains, with tragic backstories, are often not beyond the audience’s sympathy. Sebastian Stan’s Winter Soldier in Captain America: The Winter Soldier (2014) was terrifying through his exceptional strength and bloodlust, but the revelation of his backstory renders him a tragic villain: he was once Captain America’s best friend, Bucky Barnes, before being killed in action in World War II, experimented on, and turning into a brainwashed assassin. Equally, the character of Tom Hiddleston’s Loki, in Thor (2011) and The Avengers (2012), is adored by many Marvel Cinematic Universe fans. Loki, in himself, is a deeply flawed and sensitive character with a tortured soul that we cannot help but hope will be redeemed and turned to ‘good’. This is not only because he has a tragic backstory, full of boiling resentment and anger towards his brother Thor, but also because he has very witty, well-written dialogue. With a combination of good storytelling and good writing, it is possible for audiences to become enamoured with the traditional bad guys. It forces a conflict between good and evil in ourselves.

Other, more recent, Marvel films have had varying levels of success in creating complex villains. Guy Pearce’s Aldrich Killian in Iron Man 3 (2013), was spurned by his idol, Tony Stark, and suffered from physical disability: his backstory, in short, ticks all the boxes of a tragic villain. Yet he is chalked up as a generic, sociopathic, ‘evil for the sake of being evil’ villain. Meanwhile, in Avengers: Age of Ultron (2015), James Spader’s Ultron suffers from being underwritten: he is a lacklustre, motiveless villain, whose character development is swept aside to make room for the romantic subplot between the Hulk and Black Widow.

But Ryan Reynolds’ recent Deadpool (2016) strikes out in an altogether different direction. Deadpool is not a hero but an anti-hero: a mercenary, with absolutely no interest in heroics, who has a taste of profanity and violence. He remorselessly murders all those who oppose him. Convention dictates he should be a villain, but we take pleasure in his subversion. The time for straight-laced villains and heroes, it seems, is over.