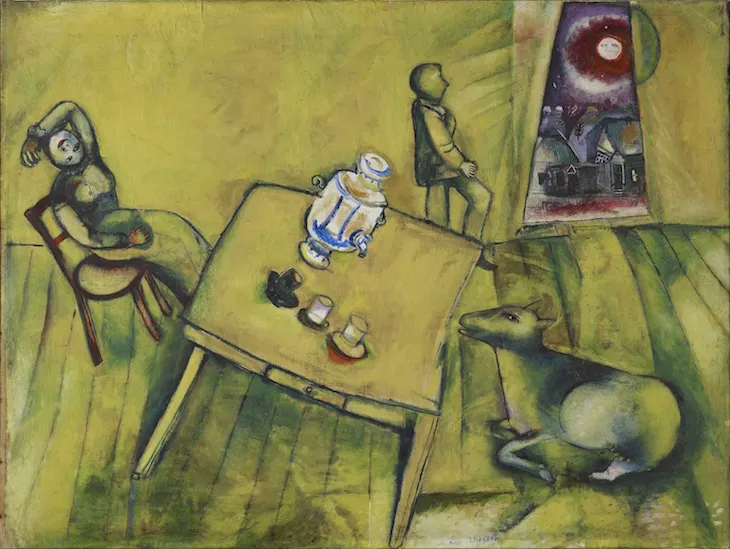 ROSA APPIGNANESI ponders the notions of mythologisation and truth, and how these relate to antisemitism, through the lens of Von Rezzori’s Memoirs of an Anti-Semite.

Memoirs of An Anti-Semite (1969) is provocatively titled: that’s why I picked it up. I had this vision of sorry-levity: ‘Corbyn’s signed copy’, a snort of laughter from my friend, then to discard, that was the idea. Then, I read the first sentence, the first page, and after that, I bought the book. Now it is significantly more wrinkled and fraying than on that first day of sorry-levity. It has split into about seven pieces, aged by my own attention forced upon it. This attention translates to a search for the (emotional) political language  needed to locate Gregor Von Rezzori’s world, one that directly precedes our own.

Born in 1919 in Bukovina (a region of modern Romania), to parents of aristocratic Austro-Italian origin, Von Rezzori lived through many of the turbulences of twentieth-century Europe. He always seemed caught in it at its most extreme: a mere few hours from the ever-looming Soviet Union in his boyhood, studying in Vienna in its 1930s-era intellectual splendour, living in Berlin during the Second World War.

Exceptionally written throughout, the novel moves through the extremities of these changes in its final, culminating story, ‘Pravda’ – Russian for truth, and uncoincidentally, the name of the official newspaper of Soviet Russia. Von Rezzori’s fractured, searching prose is perhaps at its most moving here – a marker of the shadow cast onto our time by a bloody twentieth century, which we have never quite reconciled ourselves to.

For Von Rezzori’s narrator (who we can consider analogous to the author himself), the search for truth is the central tension that emerges from the shared experience of traumatic events. It becomes one of the last remaining methods of constructing meaning, when all of the others are blown apart before his eyes. Yet Von Rezzori’s conception of truth is complicated, for he is appalled by any notion of an empirical, coherent depiction of it. The extremes of his time are so dissonant that they require alternative modes of description. The narrator writes that, ‘realities like the Viennese Opernball and Treblinka are incompatible with what you mean by ‘Truth’ – they can only happen in a surrealist dimension’, as he engages in a fictional dialogue with his ex-wife. The embrace of this surrealism becomes, for him, the only way of speaking truthfully. By placing himself in the ordered conventions of a fairytale, from youth to old age, the discordant injustices of the present can be relayed with an air of magic. For him, the ‘moth-eaten survivors of a bygone world’ have a continuity with each other’s experience, and that bygone world itself ‘had long since passed into the twilight of myth and fairy tale’.

In this sense, there is a psychoanalytic function to the purveyance of a personal mythology. More than just cathartic, turning the self into a narrative restores us to our childhood bedrooms. The convention of the fairytale is so familiar, so tangible, yet more importantly, remains so far outside of our physical reality that it can realign the incompatibility of trauma and bliss: ‘the good ended happily, and the bad unhappily. That is what Fiction means’.

Von Rezzori is no sentimentalist, however: ‘one must not fool around with the dreadful power of invention: a fool can create a reality that drives millions to madness’, he writes. Endless demagogues line the halls of our imagination here: fascist leaders, dictators who act in Marx’s name, a US president with the former title of ‘reality’ star. There is thus a distinction to be made between the kind of myth-making that Von Rezzori turns to, one that is reflexively sifting the past through its broken fingers, versus the coordinated attempt to construct an ideal reality for the present. The latter is not necessarily detrimental: an element of fairytale is essential for any ideology – politics is rooted in believing in a vision. It is the far-right, however, who seem to know this all too well. The story of a nationalistic, post-war idyll ruined by the degenerative morality of the 1960s still flourishes in the face of copious empirical evidence, birthing the call to ‘make [insert nation] great again’.

For those of us on this side of the apparent culture war, it can sometimes feel like the only antidote to the zealous use of the mythic-political is correction. The right-wing populist says that ‘if you are a white, straight man, you have become societies’ most disadvantaged and rejected demographic’. The natural response is often one based on empirical corrections. Yet at this point, those swayed by populist rhetoric have often already been lost. They believe in the myth, and so it becomes their truth, taking on the haze of a confirmation bias that any dissenters will struggle to puncture. This is not a call to pander to those radicalised by the rhetoric of the far-right; rather, it is a call to question the language that we use to engage with a demographic operating within an entirely different mythic-political landscape. As Von Rezzori notes again and again, ‘reality’ is not a stable notion, and the touchstones of the language of truth and falsity are thus liable to failure.

In this way, in ‘Pravda’, the narrator’s ex-wife becomes synonymous with a ‘rabid’ embrace of empirical fact: ‘“Even at the expense of vividness?” he had once asked her ironically, and she had answered fanatically, “Yes! Yes! Yes!”’. Her fervour is utterly forgivable, justified even: she misinterprets her husband as pedalling the same nationalistic mythologies that propelled the Nazis to power. ‘Pravda’ is thus a story pulled apart from within by its own conflict of definition. The degeneration of their marriage acts as a mirror, reflecting the volatility of truth and depiction at large. Seventy years later, I do not believe we have resolved the struggle of these two people, politically or psychologically. That she, a Jewish woman, retains (in Von Rezzori’s words) ‘the dignity of being amongst the victims’, only cements the complicated problem of constructing a reassuring personal mythology:

‘He had tried fully to comprehend the trauma of her childhood, adolescence, and youth as a pariah, a Jew in the Third Reich: he had tried first out of love, in order to understand her all the more intimately… [Then] he invented her as a Jew with the inevitable mental damage, and that is what she turned into, visibly turned into, more and more each day, each hour.’

The use of his wife’s otherness to weaponise a narrative against her, and his amazing confession of it, mark the issue with collectively mythologising, as Von Rezzori’s narrator does: an ‘us’ is necessarily solidified by a ‘them’ – and what better ‘them’ is there than an unthreatening minority, stereotyped as rootless cosmopolitans convinced of their own exceptionality? As Jean-Paul Sartre put it in Anti-Semite and Jew (1946), ‘the Jew’ as a figurehead of otherness is constructed and sustained by the creation of a communal mythology: ‘the phrase “I hate the Jews,” is one that is uttered in chorus; in pronouncing it, one attaches himself to a tradition and to a community—the tradition and community of the mediocre.’

The innocence of Von Rezzori’s ‘folkloric gaudiness’ thus exists in the same mythological landscape as the Nazi’s dirndl-wearing Band of German Maidens. In fact, they bleed (literally bleed) into one another. The eery little book that I picked up with sorry-levity has thus had a haunting effect on me. In one sense, it has given the fist-banging-on-table exhilaration that characterises some of the best literature: reality is surreal (the phrase I have been missing!), life can imitate the fiction that we choose for it, personal mythology can have a cathartic effect. And yet, as Von Rezzori himself acknowledges, the problem of self-narration, of the bleed between fiction and political reality, is that it is so powerful. Mythologisation relies on the figure of the other in order to substantiate it; the bloody effects of this are unforgettably woven, into both Memoirs of an Anti-Semite, and our own, current political climate.

A note on Chagall: I’ve always considered Chagall to be in visual dialogue with this text. His embrace of the magical and narrational in ordinary life is an important reminder that what Von Rezzori is talking about – turning reality into fairy tale – has been done historically and powerfully by Jews.