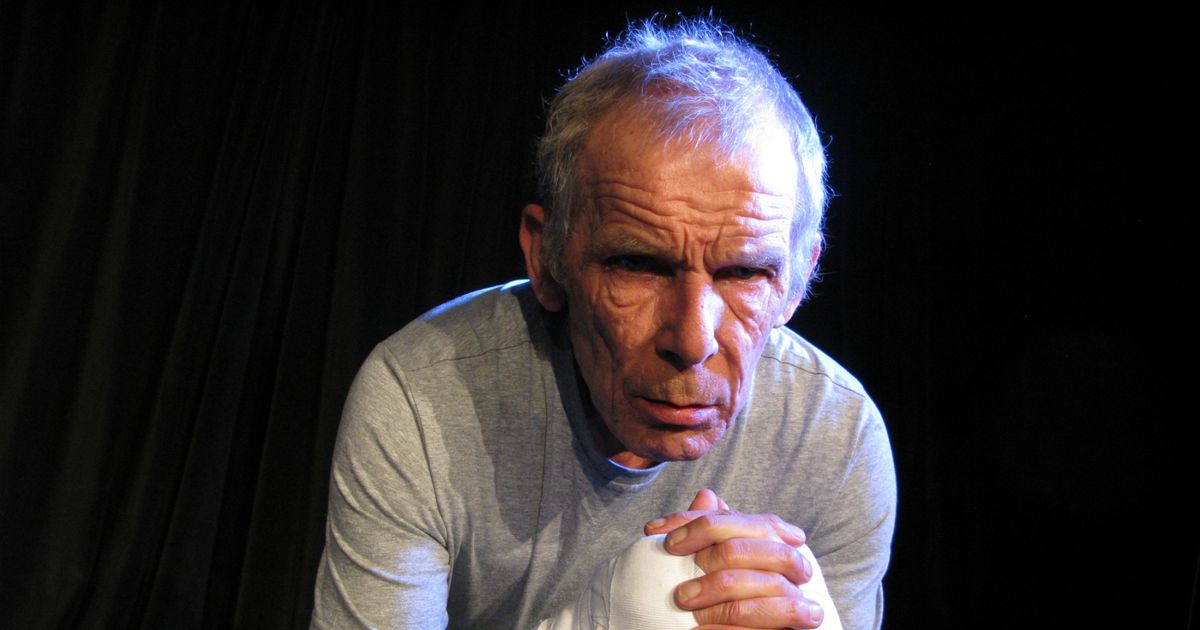 Geoff Thompson’s one-man play begins inauspiciously enough, with a weathered and silver-haired former boxer called Ray (Chris Fairfank) sitting next to a punching bag. Wearing a grey t-shirt and blue jeans, he lays out boxing gloves and rosaries in front of a video recorder. Ray meticulously wraps his hands, binding them in preparation for the ring and the 60 ensuing minutes of gut-wrenching monologue.

This is the most significant fight of his life; he will have to confront all of his demons and fears. Ray implores the viewer of his video to “protect the bones” before boxing, as a boxer with broken bones cannot put food on the table. This ex-boxer is less Floyd ‘Money’ Mayweather, and more Hillary Swank’s mentor in ‘Million Dollar Baby’. The boxing rings of his youth were spent in small Irish towns and blighted Middle England, a million miles away from the glitz and glamour of Showtime.

During the play Ray alludes to an important letter that he must write. This play is in fact that letter, spoken to a video recorder to include the thousand words etched into the wrinkles on the man’s face. Throughout ‘Pyramid Texts’, the unnamed protagonist’s face contorts as he enunciates the life lessons of boxing: all men enter the ring afraid; fear is what keeps people ordinary. 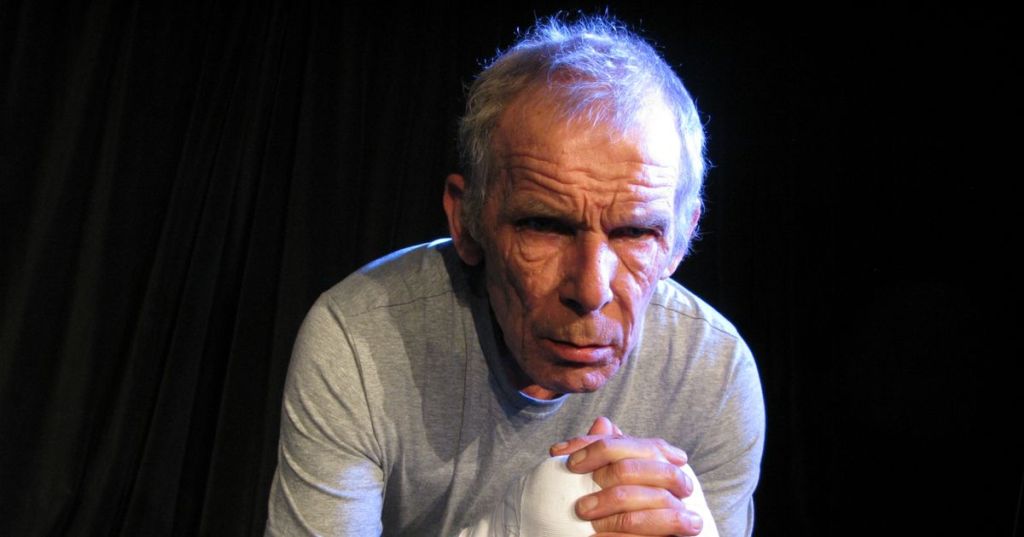 The monologue includes much nostalgia for his son’s childhood as he remembers the boy’s birth, an infant that didn’t seem ready for life being born ‘the size of a boxing glove’. He recalls wrapping the baby up in a blanket, reminiscent of when he wraps up his hands at the beginning of the play, to afford him protection from the brutality of the life to come. Life, as the ex-boxer repeats, is suffering. Boxing is an analogy for life. This intensity is enhanced by a sense of stasis, as the protagonist remains seated throughout the play.

‘Pyramid Texts’ is a remarkably constrained production. At no point does Thompson’s writing descend into melodramatics or cliché. There are occasional humorous elements to the script which help to lighten the overall mood, if not only to plunge the audience once again into the harsh brutality of Ray’s reality. The writing is precise, the delivery is pitch perfect and the depiction of boxing is truer to the sport than any delivery by Muhammed Ali.

‘Pyramid Texts’ depicts the harrowing and, at times, tender qualities of the sport. Thompson’s protagonist is bruised, his body battered from small town brawls and the bottle, and his heart inconsolable. Overall the production is much like a boxing opponent, beating the audience continually with fresh blows of heartbreak. It is a moving and heart-breaking performance, one that leaves no viewer untouched.