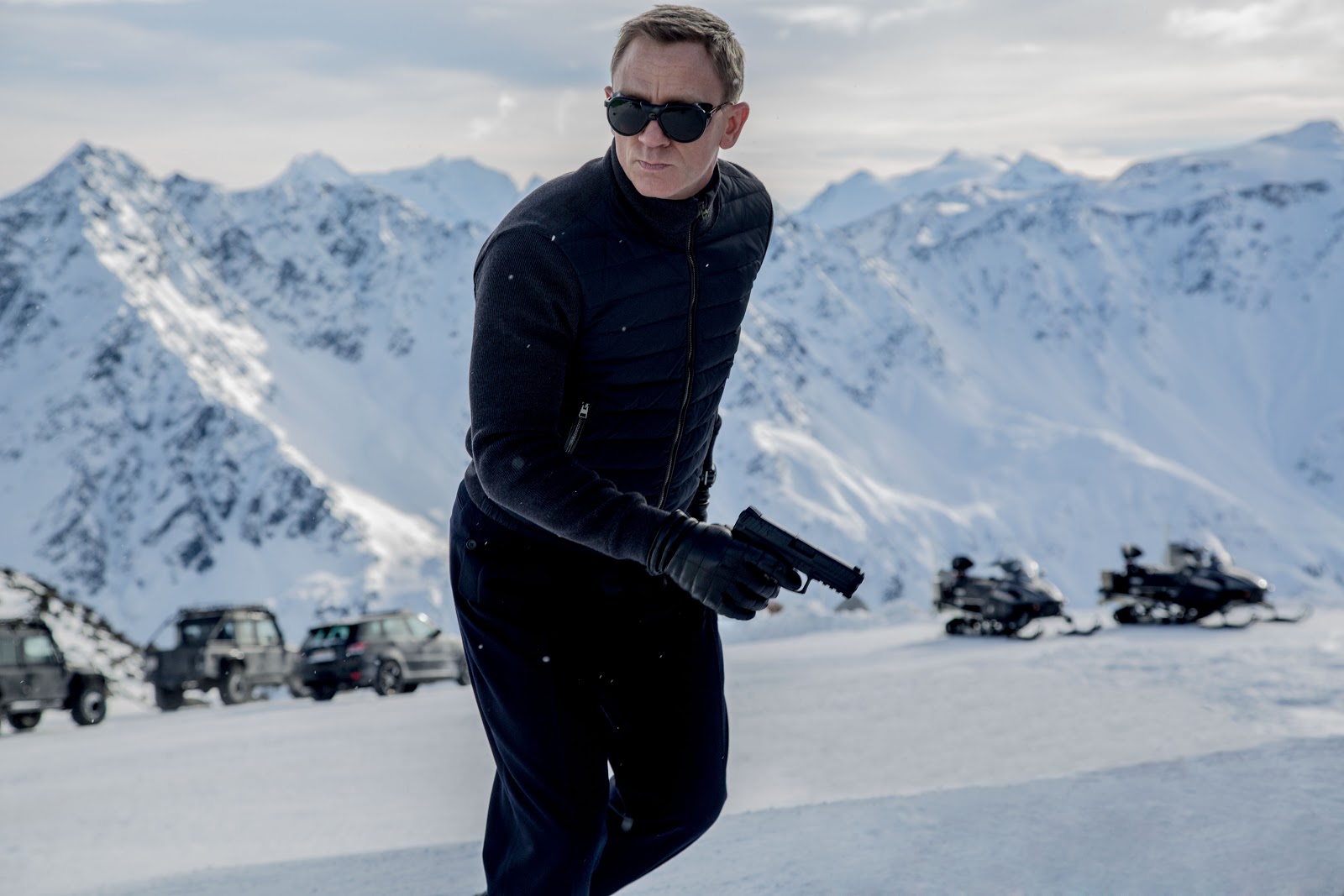 On the 25th of December, Thom Yorke gave a Christmas gift to all Radiohead fans – a new track. It turns out that Radiohead – the band whose very name is obviously synonymous with guns, glamorous girls, and fast cars – were asked to write the theme song for the latest James Bond film, Spectre. Yes, really. In a series of tweets Yorke revealed the unlikely news, explaining: ‘Last year we were asked to write a theme tune for the Bond movie Spectre. […] It didn’t work out, but became something of our own, which we love very much. As the year closes we thought you might like to hear it. Merry Christmas. May the force be with you.’

As someone who adores everything Radiohead have produced since 1994, I am too biased to decide whether the song should have been chosen instead of Sam Smith’s ‘Writing’s On The Wall’. Objectively I can see why it didn’t make the final cut. With clear echoes of the stunning ‘Pyramid Song’, the drumming is offbeat and accompanied by some rather disjointed time signature changes. Jonny Greenwood’s string arrangement is mostly very Bondesque, but cannot help occasionally slipping into the avant-grade trademarks of his own solo compositions. In reality though the most persuasive reason against this track probably came from the franchise’s accounts department. The cold hard truth is that Sam Smith is a better selling brand than Radiohead. It is hard to envisage Radiohead’s Spectre theme song spending six weeks at number one. But should this be the be all and end all?

Radiohead’s attempt is not a huge departure from Adele’s ‘Skyfall’, and indeed ‘Writing’s On The Wall’. The sweeping strings and melancholic plodding piano are the perfect backdrop for a James Bond theme. Nor is Thom Yorke’s voice as at odds with Daniel Craig’s world as one might think. His falsetto melody is eerily haunting, supplying the dark atmosphere one would associate with a film called Spectre. To my mind Yorke’s falsetto is much richer and fuller than Sam Smith’s rather thin falsetto that occupies the most climactic moments of ‘Writing’s On The Wall’.

Despite the momentary weirdness of the strings, it is otherwise a consummately well-written composition. The searing wave of violins that enter at 1.32 seconds bring the spine-tingling drama and sense of occasion that Smith’s ‘Writing’s on the Wall’ lacks. This is the biggest moment of the song and it is a shame that the riff does not return until just before the majestic outro. I cannot help feel this would provide the song with much-needed structural unity, something that may also have been a concern to the James Bond production team – Sam Smith’s is significantly more radio friendly.

Ultimately ‘Spectre’ is the better song of the two. Sam Smith wrote his offering in half an hour; whether or not this is long enough to produce the better Bond-song is highly debatable. ‘Spectre’ certainly appears a better fit with the darkness of the film’s themes and characterisation, but it is not as polished and listener-friendly. It would have been brave for the franchise to have gone out on a limb and taken a risk on the theme song, without the assurance of public popularity. Who knows, they might even like it? But money talks, even to a franchise as financially happy as Bond. Nevertheless, ‘Spectre’ remains a Christmas present for Radiohead fans across the world to cherish.