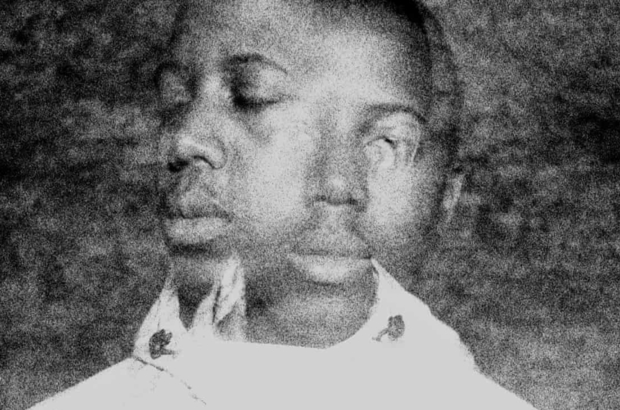 Moses Boyd’s musical career has spanned many different identities, ranging from drummer, composer, bandleader, and producer, to BBC radio host. His debut solo studio album, Dark Matter, has pushed himself and modern jazz in a new direction. In doing so, he has made the 2020 Mercury Prize shortlist.

Boyd started out playing drums in jazz/soul singer Zara McFarlane’s band before he went on to form his sax-drums duo with Binker Golding, Binker & Moses. He also appeared on various other jazz albums, including Sons of Kemet’s 2018 album Your Queen Is A Reptile, but Boyd really came into his own sound with his dance single Rye Lane Shuffle which quickly became a breakout hit in 2016.

Dark Matter is the first album that has entirely his own music. His guests, including UK Jazz giants such as Nubya Garcia, Theon Cross, Joe Armon-Jones and Ife Ogunjobi, acted much more like guests than collaborators. They performed samples which Boyd then edited and post-produced to create his tracks. Not just a jazz album, Dark Matter takes influence from many other genres – dance, electronic, pop, grime, hip-hop, afrobeat – meaning that the album is 80% written and only 20% improvised. Each track has clearly been crafted to bring the listener something new, making it incredibly diverse throughout, but a sound that is completely born out of London jazz.

The first track, single Stranger Than Fiction, gives a strong defining entrance for the album: its grounding beat and brassy bass are complemented by soaring trumpet lines. The final single for the album is Shades Of You, dominated by Poppy Ajudha’s floating vocal lines, which are backed by a reduced band of drums, synth and guitar – providing the main pop and soul presence on the album. Speaking about Ajudha’s lyrics, Boyd says: ‘The track is a reminder to love yourself and never forget your self-worth.’ Shades Of You then flows into the political peak of the album, Dancing in the Dark, which showcases the raspy vocals of London-based Nigerian musician, Obongjayar. He describes the discrimination facing young black people: where ‘most end up with lives they didn’t dream’. Boyd’s pounding drums, mixed with Golding’s tenor sax riffs, only add to the track’s power and pace. Another contributor is Gary Crosby OBE, whose voice can be heard on two of the tracks. The jazz double bassist and arranger is the Founder and Artistic Director of Tomorrow’s Warriors — a jazz education and development organisation committed to increasing diversity in jazz, with a focus on those of African diaspora and girls. Its extremely prestigious alumni include Nérija and Ezra Collective – and Boyd himself.

Speaking on the context and inspiration behind the album, Boyd said: ‘I don’t think it’s overtly a political record, but I’m just thinking about what was going on while I was creating it. I think I was very sensitive to what was happening. You had the Windrush Scandal, you had Grenfell. There was a lot going on, and Brexit and all of these things – it affects your mood and it affects just the way you view your home and what you thought was once one way [sic].’ Going on to discuss the album artwork, he said: ‘In the UK there’s this very interesting thing about identity. When I see a black Union Jack, to me that’s a very Black British thing. It’s like you’ve grown up under this flag, but this flag doesn’t actually represent you a lot of the time, to say the least. So when he presented me this black flag, and it’s burning, I was like, “I get it — we’re all unified by this flag, but what does it mean now?” They’re kicking my grandparents’ era out of the country, even though they’ve helped rebuild it.’

Back in early June, at the peak of the Black Lives Matter protests, Boyd posted on Instagram expressing his exhaustion with the current situation and saying that the outrage being felt is justified by ‘centuries of receipts’ from systemic racism. He continues by giving motivating words to the Black Community, finishing with, ‘Now more than ever is time to unite and fight for the change we want for our future generations.’

Judges for the Mercury Prize tend to nominate only one jazz album a year, so Dark Matter making the 2020 shortlist proves its stature. Whether or not it wins on 10th September, just being shortlisted will have given great exposure to this album. It seamlessly blends contemporary genres, with Boyd’s jazz background at the core, giving us his unique sound as we eagerly await his next release.

Dark Matter was released on the 14th February 2020, on Exodus Records.