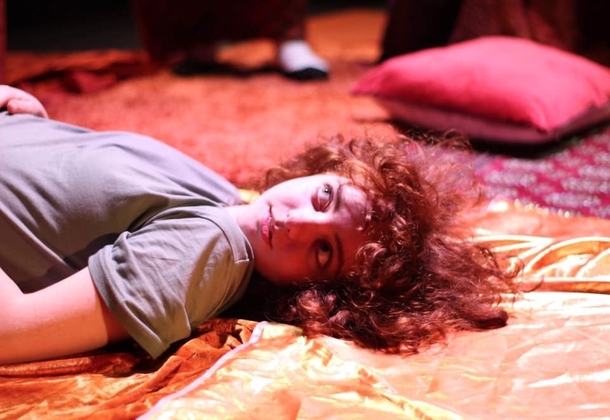 George Bernard Shaw’s Saint Joan tells the notorious story of Joan of Arc’s triumph and subsequent persecution in the 15th century, and UCL Drama Society’s own adaptation was a radically original slant on the often-produced play. Detaching it from its specific historical context and universalising the subject-matter by adding modern touches and not giving specific focus to the time period, the production allowed reflection for the significance of the heroine’s story in its day while simultaneously demonstrating its relevance to our contemporary era.

The production team made several effective choices to achieve this: most notably, the casting of women as male characters in positions of power leaves an impression, making more potent the thread that runs throughout Shaw’s play of the blurred nature between good and evil, innocence and culpability. It is not man against woman or England against France, instead, as Shaw argues in his preface,‘there are no villains in the piece’,  as we are all capable of being complicit in cruelty. The wardrobe choices also contribute to this sense, updating the attire of the heroine and her acquaintances to modern styles of dress while retaining the religious vestments of the members of the Church. This physically symbolised that nothing has changed regarding the corruptibility of religion for cruel purposes, in Joan’s times or ours.

Providing a comedic interpretation of the events leading up to and including Joan’s trial, the play featured some exceptional performances by its supporting actors. Particularly outstanding were Richard Sansom as Robert de Baudricourt and Korede Solomon as Charles VII, the former of whose absence through the majority of the play was certainly felt after his masterfully delivered castigation of his steward in the first scene. The latter’s portrayal of the petulant King was a highlight amongst the audience throughout, and the pair commanded the stage whenever they were on it, their physicality and comedic timing always receiving a laugh. The performances of Gabriel Morley as the Earl of Warwick and Oveis Rezazadeh as La Trémouille as well as the Executioner were also noteworthy, both bringing an undeniable charisma to their respective roles.

Rosemary Moss’s direction took bold risks which gave the play a fresh feel. However, it is inevitable that, with such experimentation, comes some flaws, and this is most clearly seen in the attempt to toe the line between comedy and drama, which sometimes felt jarring, especially given the sombre subject matter. The depiction of Joan herself is an example of the attempt to strike this balance, with Róisín Tapponi’s opening dance sequence and frantic moving across the stage feeling somewhat out of place with her impassioned plea to not be executed during the court scene.

Yet, this may have been very deliberate: that I want to see Joan of Arc portrayed as a strong, composed and morally righteous woman rather than the naïve and restless teenager that she was says a lot about society and our inability to see our heroes and heroines as anything other than infallible individuals. In this way, Tapponi does an incredible job of humanising Joan, portraying her not as an aspirational ideal, but as a very real and flawed human. This sets the production apart from a lot of other adaptations of John Bernard Shaw’s play, who, by casting women nearly double the age of Joan when she died, do a real disservice to her legacy.

This adaptation of Saint Joan imbued the age-old story with inventiveness, using a modern approach to draw parallels between Joan’s persecution and issues in the present, without in any way weighing it down in dogma. Themes of gender, religion and colonialism were all dealt with in extremely nuanced ways. The epilogue, in particular, in its interrogation of how we honour our heroes, left the audience with much food for thought.