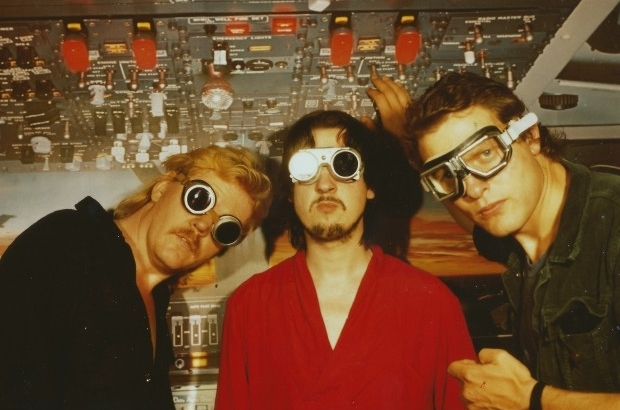 ‘Tangerine Dream is science fiction!’ announced the German prog-rock band’s frontman Edgar Froese. To really drive this point home, occasional scenes from outer space punctuate the interview and archive footage that make up the backbone of this thorough documentary. A drifting galaxy here, a supernova there. We get it: Tangerine Dream and their experimental music are not of this world.

This documentary presents a comprehensive journey through the band’s history, and perhaps loses something in its attempt to cover so much in one 90 minute film. Edgar Froese narrates from beyond the grave: the actor Alexander Hacke reads extracts from Froese’s autobiography, providing a soothing voiceover which, combined with highlights from the band’s discography, guides the film through its narrative trajectory. Revolution of Sound is a straightforward chronological retrospective of the band’s story from their early days of struggling to find an audience in Germany, where listeners were evidently not ready to appreciate their earth-shattering new sound, to their Richard Branson-endorsed heyday with their album Phaedra making its way into the top 10 in the Melody Maker chart (the first entirely electronic album to do so), to their later prolific output of film and video game scores.

The film is comprised of never-before-seen archive footage, much of it filmed by Edgar Froese – of band rehearsals, tours, of him and his family – and comprehensive interviews of band members themselves and their nearest and dearest. The film, in short, sticks firmly to the tried and tested format of every rock-doc ever. Though Tangerine Dream: Revolution of Sound is undeniably a satisfying watch for any dedicated fan of the band, its appeal to an audience beyond this is limited. It is extremely well researched and put together, and is obviously a labour of love on the part of director Margarete Kreuzer, but, other than occasional exciting pictures of space, it is a little dry.

Much of the juicy drama and intra-band friction that makes many music documentaries such a delight is noticeably absent from this one. Perhaps understandably, much of the film’s running time is dedicated to ex-band members and producers expressing their continuing enthusiasm for the nerdy technicalities of synthesisers. When they do get around to discussing their relationships with one another, though, they are less forthcoming. Whether it’s a case of editing or whether the interviewees were genuinely unwilling to divulge this aspect of their lives, the documentary repeatedly touches lightly on potentially interesting tensions in the band dynamic, but is always tentative and breaks off without looking at them in any detail.

There is one moment where Peter Baumann mentions how Froese was fair and patient, but ‘could be very intense at times.’ His words accompany footage of the band performing ‘Barock 3’ in 1976, where they are strikingly positioned, milkily illuminated against plunging darkness, dressed in wildly incongruous powdered wigs adorned with ribbons: they are 3 distant points punctuating the breadth of the stage. It’s such a promising set-up, the band, together but separated, disparate in their positions and in their priorities. Edgar on one side, Peter on the other and Cristoph Franke, always the mediator, in the centre balancing out the two strong personalities either side of him. The relationship between Froese and Baumann could be, in Baumann’s words, ‘very disruptive,’ but nothing more is made of this. The analysis of personal relationships between band members is something that falls by the wayside in this film, probably at the expense of its encyclopaedic scope and need to cover every moment in the band’s musical and commercial evolution.

Tangerine Dream: Revolution of Sound is impressively well produced. Unsurprisingly, the sound production is excellent, with the band’s dark, instrumental soundscapes being given a well-deserved opportunity to dominate. If you love Tangerine Dream, you will love this film. If you don’t, prepare to learn a whole lot about a group of teetotal, caffeine-averse vegetarians with an extraordinary penchant for synths.

The UK Premiere of ‘Revolution of Sound: Tangerine Dream’ is on the 8th November at the Barbican as part of Doc’n Roll film festival. More information about the screening and the festival here.