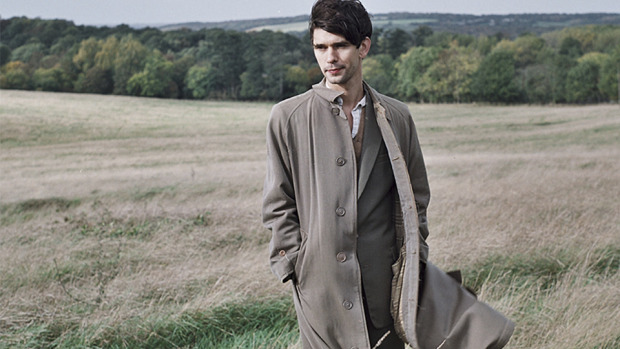 HANNAH MEAH looks at the best shorts on show at this year’s London Short Film Festival.

The London Short Film Festival is back for its thirteenth year and brings with it a banquet of hilarious, visually- and psychologically-engaging shorts.

Walker’s short The Muse is a genuinely haunting story about an artist consumed with sorrow after having been abandoned by his mermaid muse. This is a film clearly envisioned by an artist as every still of this short is much like an oil panting, painfully constructed and beautifully executed. The subtle earthly tones give the entire picture a dream-like quality while the stylistic device of snippets of 35 mm film truly enhance the antique quality exuded by the film. The conclusion of The Muse is particularly striking: our artist finally acknowledges that he never really saw his muse as she was, only as what he wanted her to be. This revelation leads him to fall, chain deep, into the same tank of water he once contained his muse in. The final shot of this film is highly evocative of Millais’s Ophelia and is nothing more than true artistic mastery at its best.

Manoman, the only animated film at the screening, is groundbreaking in its innovative and unusual techniques. Manoman uses a wonderful synthesis of rod puppets and stop motion animation – a rare feat – in a short that combines psychotic peculiarity and bawdy humour. This BAFTA-nominated short from director Simon Cartwright proliferates meaning: Cartwright seems to have created a film about excessive catharsis, about making sure that little demon in side you doesn’t take over, or about praying to a small man who enjoys public urination.

Jo Lewis’s Whisper is another fantastic work of horror to look out for. It is a scary tale of a woman trying to escape her heroine addiction but unwittingly falling into a sinister series of events. It’ll make you squeal with fear. Other notable mentions include Jack Taylor’s dystopian romance Sweetheart and Carl Shoreham’s quasi-Victorian horror, Eat. Both of these films captivate from start to finish and are definite must-sees.

Over at the ICA, the festival screened a series of documentaries under the title ‘Portrait of an Artist’, looking at the strange and quirky lives of various artists.

Ursular Meir’s short Kacey Mottet Klein, Birth of an Actor is an intriguing window into the inner workings of a boy, an adolescent and then a man. It conveys the intimate experience of filling the skin of another human being. Within 14 minutes or so we see 10 years of artistic development. The short is raw and in it we see the truth, the reality and the space in between cut and action. It’s a fantastic documentary and a compelling insight into the mind of a human puppeteer.

Worthy mentions also include Callum Rice’s deeply Scottish Mining Poems or Odes, focusing on the life of ex-shipyard welder turned poet, Robert. With such beautiful cinematography, Rice manages to turn the conventionally rustic and rough process of welding into a delicate art form. From Nursery to Misery is another one to watch. Detailing the lives of twins Tina and Gina Fear, this intimate exposé on the strange, isolated lives of two alternative musicians is a times strangely unnerving in its awkward sentimentality, but all the same is highly though-provoking.