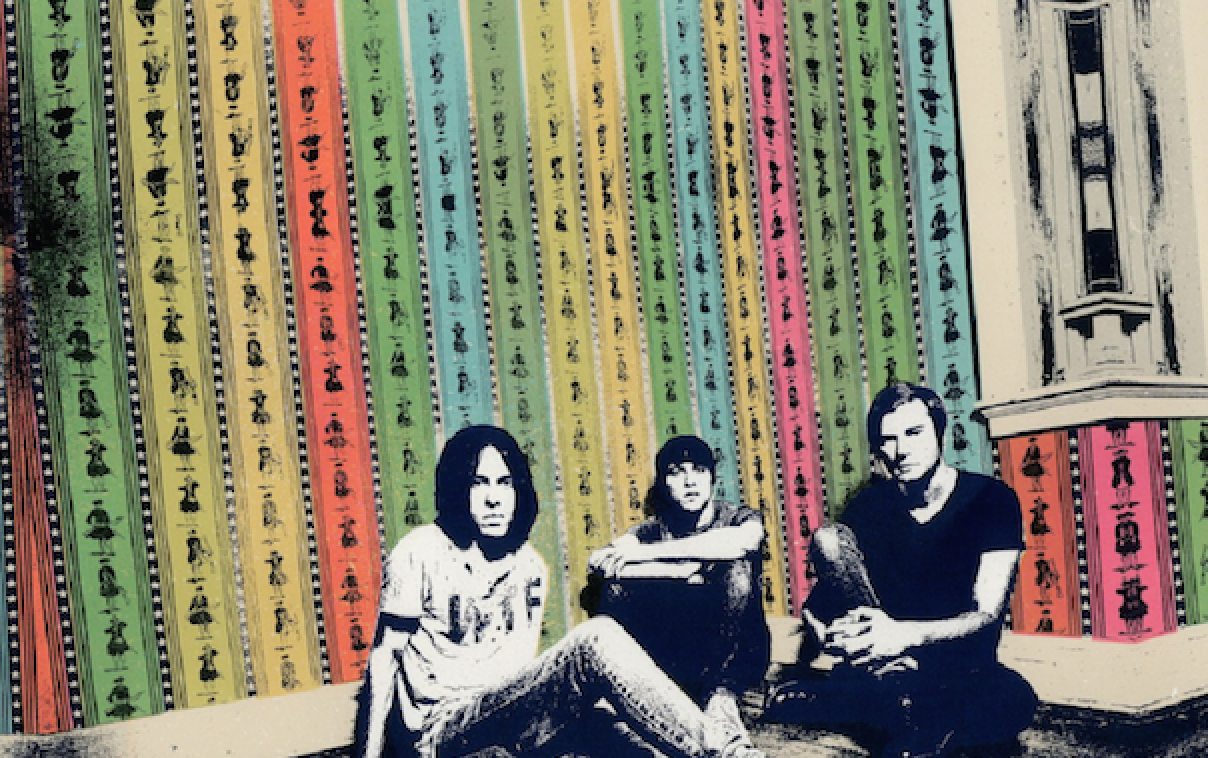 AMY GWINNETT explores the sounds on For All My Sisters

Loving a band can be a stressful pursuit. What if they decide it’s time for a new jazz-prog direction? What if they get terrible new haircuts? What if they try to branch out into acting? The opportunities for fucking up are endless. All these haunting questions and more are things that those terribly lucky fans of The Cribs need not worry about, because they are quite possibly the most consistently great indie band of the century. For All My Sisters is their sixth album and for the sixth time they do not disappoint.

The Cribs are, in a way, in a class of one. They seem to exist outside of times and trends. For a band that famously railed against the hipsters that fawned to them in the mid-noughties, they are now without a scene. They’ve all looked the same since 2004, singer/guitarist Ryan Jarman especially has something of the Nathan Barley extra about him. And their sound, while maturing away from the crackling we-don’t-believe-in-tuning lo-fi of their debut to more polished and unapologetic rock, has still never experienced much in the way of revolution.

For All My Sisters boasts a strong set of opening numbers in ‘Finally Free’, ‘Different Angle’ and ‘Burning For No-one’ that pick up where previous album ‘In The Belly of the Brazen Bull’ left off. Slightly out of tune background coos, glittering riffs, and a good old shout-y chorus are all present and correct, with ‘Burning For No-one’ a particular hit, wielding a real new-wave style groove that’s sharp enough to cut yourself on. ‘City Storms’ has an intro that recalls the dizzying heights of one of their greatest anthems ‘Hey Scenesters!’, and is a friendly reminder that as lo-fi as they may be, these boys can play guitar. Where the album falls down is in how occasionally over-familiar it sounds, but it’s so hard to care when the sound the band is repeating is such a great one.

The Cribs have always been dab hands at a tortured ballad, and ‘Simple Story’ is no exception. In the vein of earlier ballads ‘Haunted’ from ‘The New Fellas’ and ‘Shoot The Poets’ from ‘Men’s Needs, Women’s Needs, Whatever’, it has an endearingly lopsided sound, and is organic to the core somehow, like if you listen closely enough you’ll hear the band breathing and the creak of their acoustic guitars. One of the many reasons they’re such a fine band is the deeply affecting sense of anxiety, inadequacy and insecurity they often package into their catchy, short bursts of punk. “I was always Mr Wrong”, “These scented promises had me thinking that I was special”, “But it’s only my heart that’s bleeding”… The Cribs do damaged better than most, and they do it in a bold, defiant way that never strays into being pitiful.

For All My Sisters closes on what might be the strongest track, ‘Pink Snow’. It’s a brilliant song, building from an emotional and measured intro into a mess of bawling guitars and a classically raw Jarman vocal, screeching “Do you picture me alone?” The song is also a testament to The Crib’s disregard for singing ‘in-tune’, as Ryan’s tortured shrieking of “For all of my sisters, I promise you this” over the end of the song shows. In a genre that has increasingly lost all use for the term ‘authenticity’, The Cribs have buckets of it, not least in, even six albums in, how bloody Wakefield-ian they sound when they sing. “We are not as straight as you want us to be” goes the punk-does-breakup spite of ‘Diamond Girl’, and it’s true. There’s still something intrinsically anti-establishment, anti-mainstream, anti-everything about The Cribs. It may be what’s stopped them from making the leap to Arctic Monkeys levels of success, but it’s also what keeps them so fucking great. Truly a band to believe in, and an album to cherish.

For All My Sisters is out now on Sonic Blew