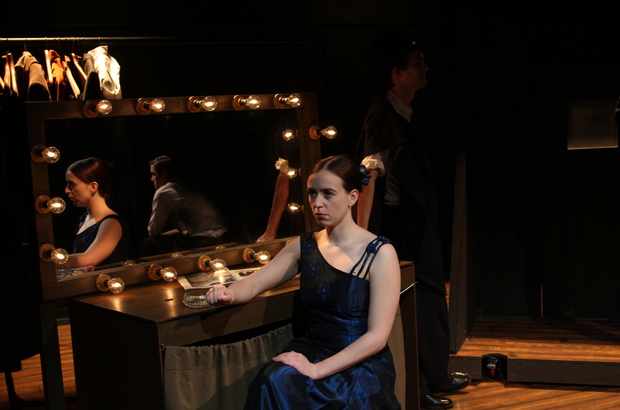 Stephen Fry famously commented on the difference between British and American comedy, stressing the optimism inherent in US culture and the pessimism and failure the English celebrate in their comedy. During the Second World War, when for civilians and soldiers hope and positivity were in short supply, the American strand of entertainment understandably prevailed, dominated largely by the sketches and films of The Marx Brothers. Dominic Hedges’s The Doppel Gang follows the struggle of a troupe of conscription-dodging London entertainers to adapt to this trend.

And in them we see our favourite classic British comic hero type: The Failure. There’s Lombard, the owner of the theatre, half Scrooge half Basil Fawlty, conceited and greedy, standing distraught in his crumbling establishment, in a crumbling London. Tommy is heavy in gambling debts, Rachel’s a hopeless romantic and a ridiculed feminist, Cyril’s a flat-footed Groucho Marx wannabe, and their shows are losing business as audiences are tired of “the same old tripe”. “We could learn a thing or two from those yanks”, Cyril admits. Learning becomes plagiarism, as in order to save their theatre the group disguise themselves as the world-famous Marx Brothers. 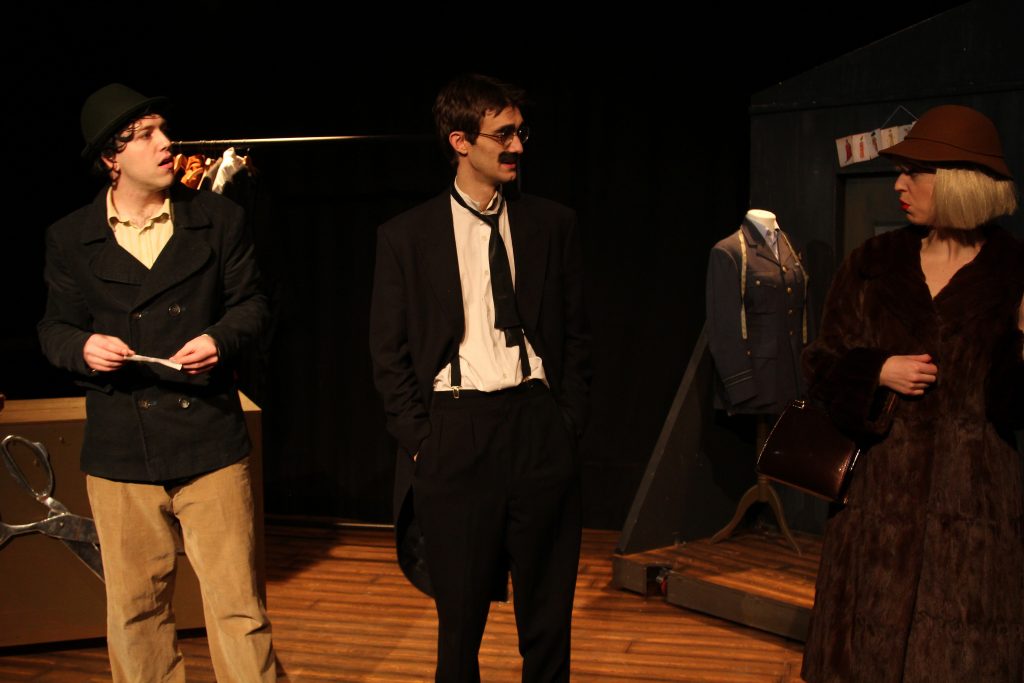 This identity-theft also becomes a way for the characters to escape their own sorry circumstances and construct themselves new personas. In the second act it becomes more and more difficult to distinguish between rehearsal and show, between humans and paintings, recorded voices and real. From the outset it is evident that this is a production about constructing alternative realities, and about theatre itself as a vehicle for this kind of escapism. The actors repeatedly move a wooden proscenium arch to transform the setting, and costume and scene changes are rarely concealed by blackout. Hedges’s hilarious dialogue bounces smoothly between the cartoonish characters in the play’s closed spaces with nervous movement, mirroring the antics of the Marx Brothers themselves.

Yet The Doppel Gang isn’t so rooted in homage to comic traditions and its own illusion of the play-within-the-play performed at the end as to lose touch with the reality of the characters’ true personas and their worldly struggles outside of the absurd comedy that makes up most of their lives. The audience is given a sense of perspective as they are taken behind the proscenium arch and shown the realms backstage, in dressing rooms and on street corners. This skilfully cements that distinction between reality and performance. The placing of a large mirror centre-stage and the bomb sirens and blackouts that interrupt mid-show poignantly suggest that brutal reality is inescapable.

Though oozing with slapstick humour and puns, the production didn’t fall into the trap of treating the Blitz with irreverence. The silence and bleakness of a bomb shelter they inhabit in one scene cut through the glamorous nostalgia of 1940s music in others. Rachel delivers a moving monologue on the instability of life during the war. Each character blames the other for their lack of contribution to the war effort, as the purpose of entertainment and theatre is seriously put into question. “Why aren’t you in the factories?” Rachel is asked. 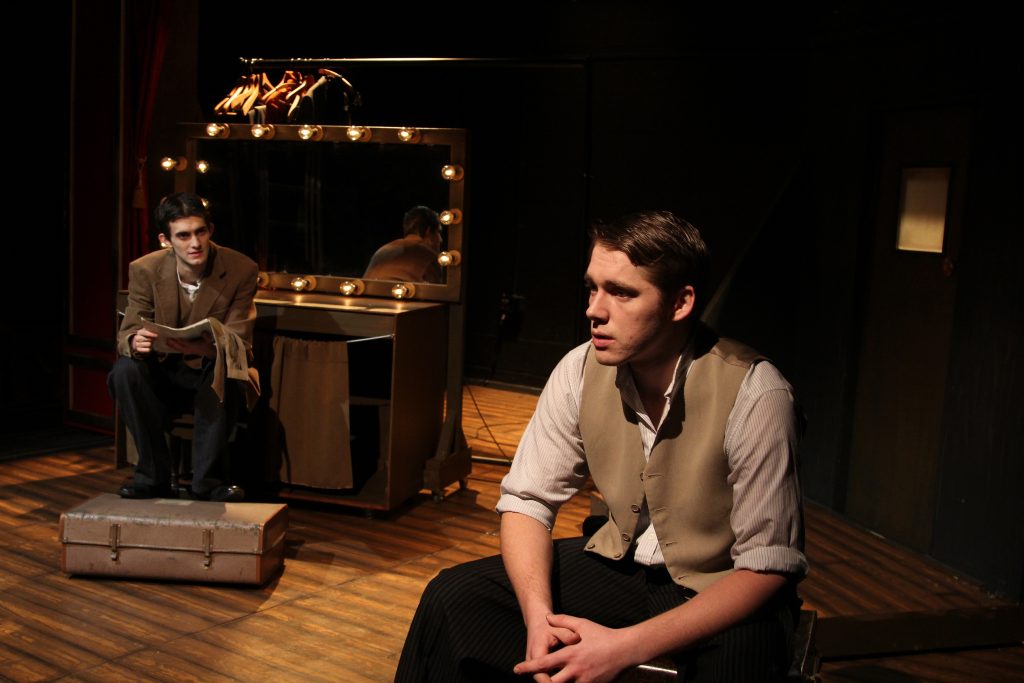 Though witty and thought-provoking, The Doppel Gang fell just short of a feeling of completeness and originality. Each character’s struggle — Rachel’s passion and politics, Tommy’s financial issues, Cyril’s love of the stage — was left underdeveloped. It is hard to blame the director and writer’s obvious love for The Marx Brothers’ comedy, yet this at times seemed to obstruct a potentially energetic and original plot. The second half became a bit of a Marx Brothers tribute act, consisting solely of Marx Brothers-style sketches, involving gags and one-liners stolen directly from the legendary comics. Though often engrossing and hilarious, this can’t offer a better experience than staying at home and re-watching Duck Soup or A Night at The Opera. Part of the excitement of the group’s scheme of disguise and delusion was its fragility, its susceptibility to be ruined at any moment, much like the lives of London’s civilians during the Blitz. The show ended abruptly, leaving a feeling that much was on the tip of the characters’ tongues that would have taken the show away and meant more than pastiche.

I was lured into The Doppel Gang by my own nostalgic love for The Marx Brothers, no doubt shared by many others in the audience and most obviously by the writer himself. But if this play has one message it is of the importance of theatre, of diversion, nostalgia and illusion for its own uplifting sake, especially during times of distress. Although the focus at times fell away from these original aspects through excessive mimicry of the Marx Brothers, the play remained hugely attractive in both its comedy and personal nostalgic allure.

The Doppel Gang is playing at the Tristran Bates Theatre from 17 Jan – 11 Feb. Find tickets and more information here.