DANA MOSS reviews ‘Marching On Together’ at the Old Red Lion Theatre.

‘Marching On Together’ is an Adam Hughes play set in the midst of the 1984 miner’s strike, full of beer drinking, table-smashing and boisterous chanting. The play centres on Macca (Adam Patrick Boakes), a lifelong Leeds United supporter recently released from a three year spell in prison. Arrested for aggressive assault at a football match, Macca is desperate to reunite with his girlfriend Linda (Donna Preston) and son Jamie. When he discovers they want nothing more to do with him he takes drastic measures in order to forge a new life for himself.

Desperate to relive his youth, Macca’s ‘rejuvenation’ comes in the form of Tommy (Joshua Garwood) and Nathan (Alex Southern) who are members of the ‘VYT Crew’: their brand of violent hooliganism reminds him of times spent with his former friends in his own gang. Macca is torn between his desire to do right by his family and his need to feel the exhilaration of one last fight: a fight that lasts throughout the football season and ultimately ends in tragedy. 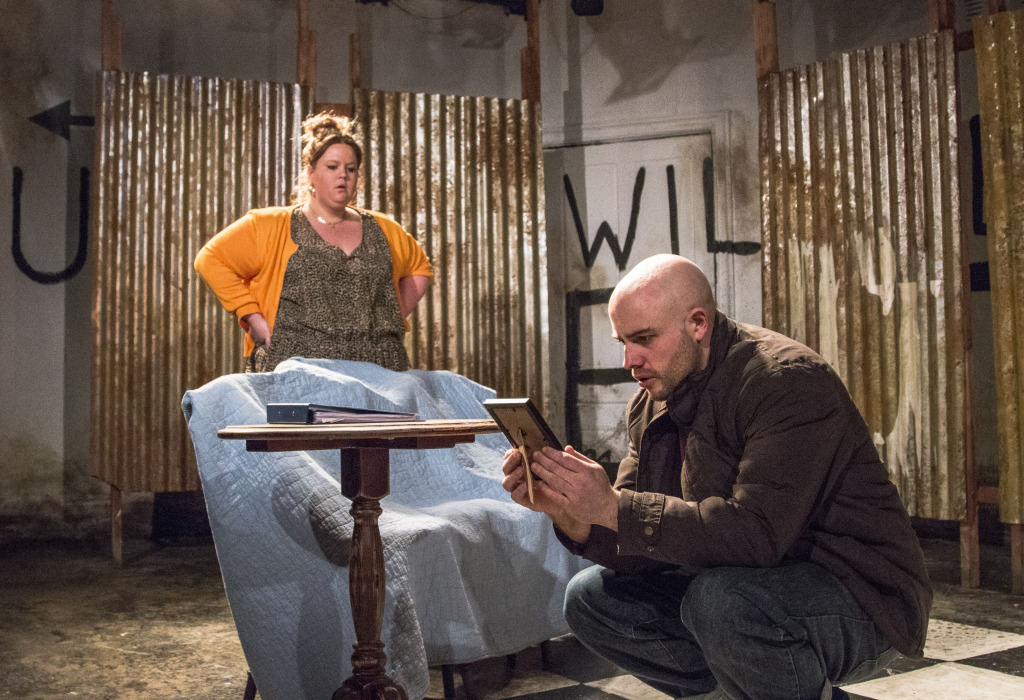 Boakes is excellent as Macca, constantly tense, defensive and unable to relax even when sitting in the bar having a pint. He creates a sense of unease right from the very first scene; his dialogue is terse and bitter, and even compliments are spat out. The highlight of the play, however, is Garwood in his London debut. Tommy is ultimately good-hearted, swept along by the more zealous Nathan and looking for a distraction from the picket lines and ensuing poverty he is facing as a miner. His scenes with Macca are excellent: youth and experience clash; whilst rare, touching moments arise amidst the turmoil and violence of 1984.

Macca attempts to recreate his own past by encouraging Tommy to take a more active role in the VYT, ignoring his reluctance to engage in fighting. His connection with Tommy is perhaps due to his viewing the younger man as a replacement son – Macca’s attempts to set up a meeting with his son are poignantly echoed in the following scene, when he attends a VYT debrief for the first time. 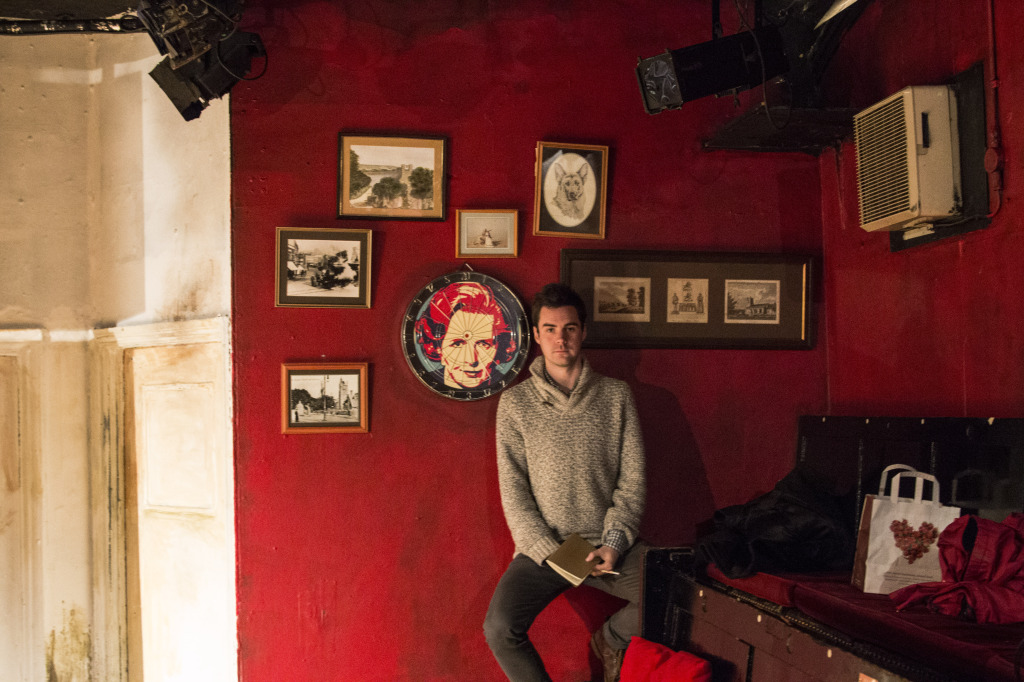 Despite this instance of thoughtful scene sequencing, the scenes changes themselves are jarring and rapid. Accompanied by the blasting of 80s music, the actors kick over stools and drag tables across the floor. An interesting choice was the decision to keep the background the same throughout the entire play. The rusting metal sheets which enclose the actors slowly deteriorate throughout, and represent each setting, from Linda’s living room to the boisterous pub. This serves as a stark reminder of how Macca’s past and the political troubles of Britain encroach on the private, domestic domain of Linda and her son’s home. As the sheets are removed one by one they display the phrase UNITED WILL NEVER BE DEFEATED across the back wall: a hollow reminder of the conflicted priorities shared by the main characters.

Occasionally the play teeters on the edge of pushing things too far: the first act ends with Nathan and Tommy chanting “get your tits out” at the audience, and its length veers the scene into uncomfortable territory. The ending also falls slightly flat; Macca’s final scene is touching and emotive, but his character progression seems slightly stunted and very little changes from beginning to end.

‘Marching On Together’ is a gripping and bleak portrayal of the realities of football hooliganism in 1984 Britain. The production is showing until the 28 February 2015. For tickets and more information, visit http://www.oldredliontheatre.co.uk/marching-on-together.htm.