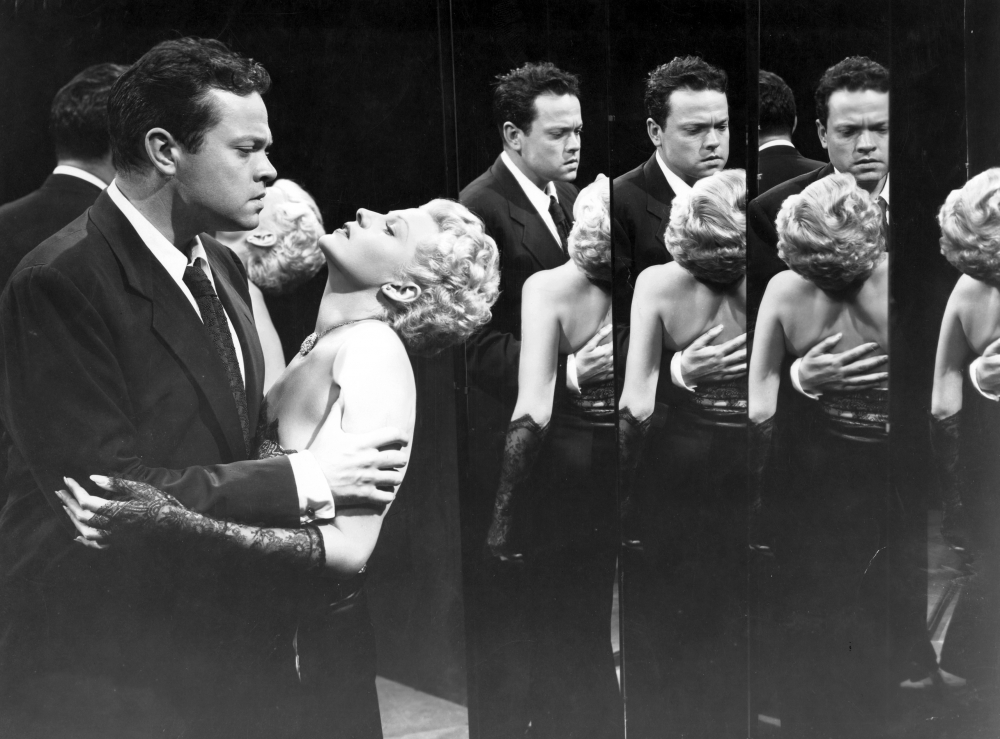 GABBY KARDAR reviews Orson Welles’ The Lady From Shanghai, which was re-released at the BFI this summer.

Needless to say, Orson Welles was a rarity of a man in his many talents; not only an actor, he directed, co-wrote, starred in and produced what is widely considered one of the greatest films of all time, Citizen Kane. Not all his films, however, were considered masterpieces. A case in point is The Lady of Shanghai, a film he both directed and starred in during the heyday of film noir.

When released in 1947, it was criticised for having an incoherent plot and, bereft of her signature long red hair, Rita Hayworth sporting a short blonde bob. Yet like many great films of the period – The Sweet Smell of Success being another – The Lady from Shanghai has shed its poor reputation and is now perceived as a rich and intricate film, featuring many of Welles’ touches of genius. In the words of David Kehr, ‘the weirdest great movie ever made’ was recently restored and re-released at the BFI, where the plush red velvet seats and stage curtain only add to the film noir experience.

What the film may lack in believability (Welles’ Irish accent is dubious at best) and occasional script deficiencies, it makes up for in brilliant invention; the set pieces are remarkably original and the final climactic shoot-out scene in the hall of mirrors has since become an iconic moment in the history of film noir. The mirrors and broken glass fragment the reflections of Michael, Elsa and Arthur, and the scene is rife with rich visual symbolism. What’s more, it is in these moments that the script lives up to the cinematography: Arthur tells his wife ‘Killing you is killing myself… It’s the same thing… But you know? I’m pretty tired of both of us.’ The hall of mirrors is only one example of Welles’ many symbols throughout the film and as such, the film demands re-watching.

The story behind the film’s production is equally engaging and rather amusing. Welles had been working on a play with producer Mike Todd but Todd went bankrupt overnight. Welles, in Boston on the day of the premiere, couldn’t pick up his costumes without paying $50,000. To salvage the situation, Welles called Harry Cohn, the director of Columbia and told him that “I have an extraordinary story for you if you send me $50,000, by telegram, in one hour”. Cohn replied: “What story?” Welles, standing outside a pocket books display, gave the title of one of the books. Lo and behold, Cohn sent him the money. Welles read the book and hated it so wrote his own story but kept the title, The Lady from Shanghai. He cast Rita Hayworth, to whom he was still married despite being separated, and the film eventually cost $2m. However, it underwent a heavy edit, with an estimated 55 minutes lost from the original, causing incoherencies in the plot.

Granted, the film may have been a commercial failure but it is without doubt an Orson Welles masterpiece. Though it may not be as polished and perfect as Citizen Kane, its merits exceed its flaws. The Lady from Shanghai can be both disturbing confusing but the masterful camerawork, deeply emotional performances and wonderful moments of dialogue make it an irresistible showcase for Welles and the film noir genre.