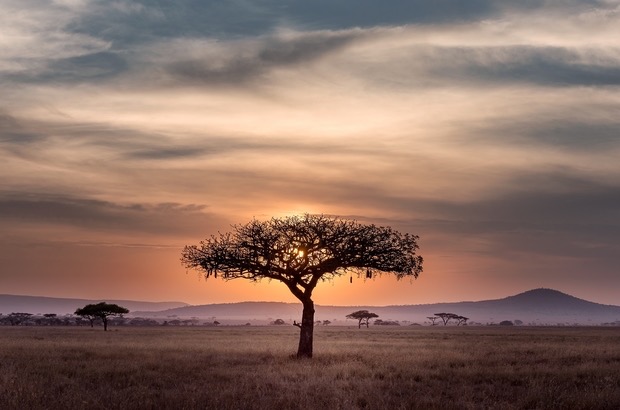 On the final leg of her literary journey, ISABELLA DOCKERY completes her trilogy, using African literature to explore the continent.

Over the past few months, many students have felt at a loose end, having had their carefully made summer plans cancelled as a result of Covid-19. At the moment we are in the midst of a slow and cautious return to normality. With information about online classes and university policy now being released, students can begin to form routines, something which is clinically proven to improve mental health. As the new term approaches, I accepted that my free time was dwindling and resolved to travel, for the final time, through literature. For my last literary journey, I ventured into Africa, relishing the opportunity to immerse myself in the continent before deadlines and workloads begin to pile up. As I have never visited the continent, I selected some of its most influential literature to educate myself a little about the rich cultures of Nigeria, Kenya and South Africa.

Chinua Achebe’s Things Fall Apart immerses the reader in pre-colonial Nigeria. The novel follows Okonkwo, a leader of one of the Umuofia villages, as he navigates both the traditions of his community and the invasion of English missionaries. The novel’s initial dissection of Igbo life considers the balance between tradition and personal conviction. The complexity of Okonkwo’s character is revealed through his attempts to balance his perceived notions of traditional masculinity, and his genuine concerns for his family and wider community. This often leads to challenging situations, in which his personal beliefs are at odds with the conventions of his village. Upon the introduction of Mr. Brown, a Christian missionary, to Okonkwo’s village, the novel takes on a more political tone, considering the wider consequences of colonisation. Achebe grants the reader insight into the perspective of the Igbo people at the initial stages of colonisation, describing the scepticism of the elders of the community in contrast to the younger generation, who turn to Christianity as a form of rebellion from tradition. The poignance of the story is perhaps most moving at the novel’s conclusion, which disturbingly exposes the trivialisation of the horrors of colonial violence from the viewpoint of the colonisers.

For my next location, I set my sights towards Kenya, selecting Ngũgĩ wa Thiong’o’s influential Gĩkũyũ language novel, Devil on the Cross. Wa Thiong’o’s political novel challenges corruption in Kenya through the protagonist Jacinta Wariinga’s journey, as she travels from Nairobi to her hometown Ilmorog for a ceremonial feast. During the course of her journey, Jacinta engages in lively discussions with the other travellers which encourage the reader to question the class hierarchy caused by the large wealth gap in contemporary Kenya. The dreamlike passages transform the novel into allegory, combining religious imagery with philosophical debates. In the principal sequence foreign businessmen convene in a cave to discuss their own criminality and the exploitation of Kenya. This passage is the most explicitly metaphorical and exposes to Jacinta the facilitators of the injustices she and many other Kenyans have experienced. This revelation enables Jacinta herself to take on a symbolic role, renouncing a corrupt Kenya in favour of modernity and revolution.

My final book transported me to post-apartheid South Africa. J M Coetzee’s Disgrace considers the effects of apartheid upon South African society through the story of David Lurie, a professor at the Univeristy of Cape Town, whose life and reputation are destroyed after he commits sexual misconduct. Lurie retreats to a farm in the countryside in an attempt to repair his relationship with his adult daughter, Lucy, who owns the land. Through the rural landscape, Coetzee explores a return to simplicity and nature, capturing Lucy’s life in the Eastern Cape and granting a small insight into the complexities of post-apartheid racial dynamics. Lucy’s remote farm is equally representative of the lack of community and synchronicity in South Africa after 1994, and amplifies her isolation after a traumatic event. Despite being a novel which at its core considers the effects of segregation, Disgrace is subtle in its consideration of this theme, as Coetzee records Lurie’s day-to-day life and contemplates the lasting impact of apartheid through his mundane interactions with other characters.

As I reach the end of my literary travels, I consider how this unique time will affect our ability to travel in the future. Despite the travel restrictions and mandatory quarantines currently in place to reduce the spread of coronavirus, as well as extreme revenue loss for economies dependent on tourists, the tourism industry has also seen a number of benefits. Thai authorities have reassessed the sustainability of Thailand’s tourism industry, and in the Netherlands, Amsterdam’s authorities have developed a tourism model that emphasises ecological goals. Similarly, in Palau the protection of marine biodiversity has been stressed as central to their tourism industry, prompting the Our Ocean 2020 conference set to take place this December. Though I hope one day to visit some of the countries I’ve explored through my reading, literature’s power to widen our horizons and lend insight into other countries and cultures is something anyone can experience no matter how international travel changes.