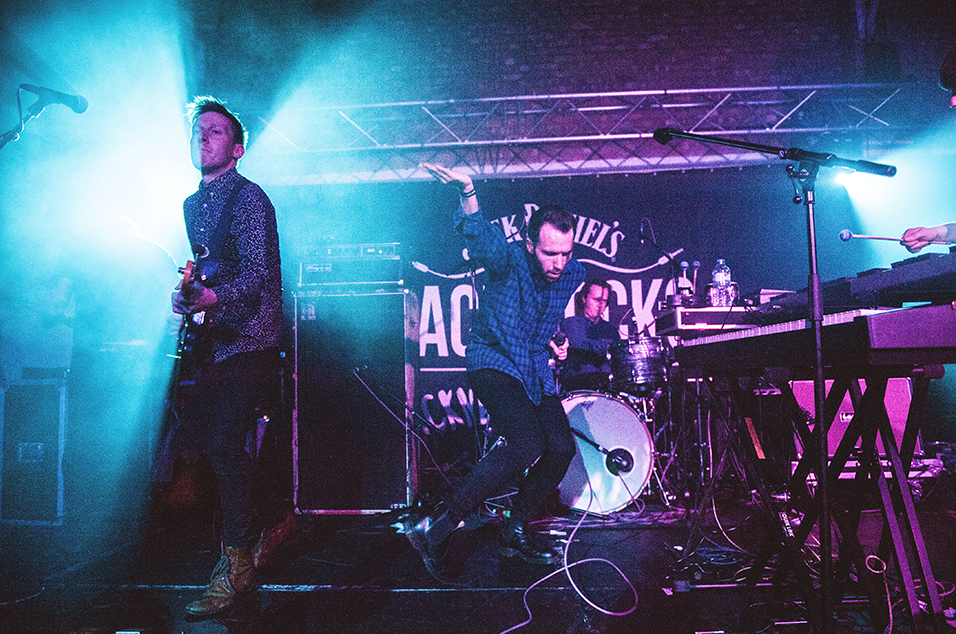 In just its second year of existence, alt-rock day festival Hackney Wonderland stepped up its lineup exponentially, replacing 2014’s headliner Little Comets with none other than Libertines’ frontman Carl Barât and his band The Jackals. Headlining Oval Space, the largest of the festival’s four venues, Barât ended the night in mayhem with ‘I Get Along’, the last track on The Libertines’ 2002 debut album Up The Bracket, before closing the festival with the appropriate chant of ‘Walking in a Hackney Wonderland’. However, it wasn’t just the headliners of Oval Space that made Hackney Wonderland 2015 such a success; the three other venues – Oslo, Sebright Arms and London Fields Brewery – also boasted a lineup of acts that left festival-goers with an abundance of music, with barely enough time to experience it all.

Lo-fi multi-instrumentalist Tom Vek packed London Fields Brewery with a sweltering crowd of onlookers, fuelling his set with tracks spanning over 10 years of his acclaimed career. Opening with ‘Pushing Your Luck’, one of the standout tracks from his latest album Luck, Vek merges repetitive choruses with rising synths and disjointed guitar sections – infusing his performance with heavier aspects that keep his audience moving throughout his hour-long set. Shouts of ‘Are you with us?’ ring out as ‘You’ll Stay’ climaxes and Tom Vek powers through his fast and furious last song of the night, ‘Sherman (Animals In The Jungle)’, whilst standing less than a metre away from his crowd, leaving them anxiously wanting more as he closed his set.

Oval Space audience members were treated to a playlist of Pixies, QOTSA, Courtney Barnett and more in between sets, keeping attention focussed on the music even as crowds looked over a view of Hackney from the smoking area or outside bar. Other worthy acts appearing at the festival included psych-blues outfit Electric Child House and Oslo headliners The Sunshine Underground. Alt-pop band Dutch Uncles thrilled the crowd with catchy minimalist inspired motifs, obscure time signatures and interlocking xylophone chaos, whilst psychedelic quintet TOY hypnotised with their dark and intense performance.

A ghostly presence on stage, Japanese acid-punk troop Bo Ningen kicked off the festival with an explosion of hair and guitar feedback, securing themselves the position of the most memorable act of the entire night. Acclaimed for their intense and visceral live performances, Bo Ningen draw upon material from their three Japanese folk and psychedelic influenced albums; waves of blasting rhythms, dissonant guitars and screamed vocals drenched Bo Ningen’s audience, overwhelming the pulsating crowd in an attack of ambient psychedelic fuzz. Frontman Taigen Kawabe ends Ningen’s set with a primal display of gurning and grimacing as he stands above the audience, behind him his band throw guitars and destroy instruments as feedback climaxes into a zenith reminiscent of My Bloody Valentine or German Krautrock. The band leave the stage as they arrived – an aberration met with the stunned silence of an enlightened crowd – just another example of the growing talent that Hackney Wonderland showcases during one night each year.