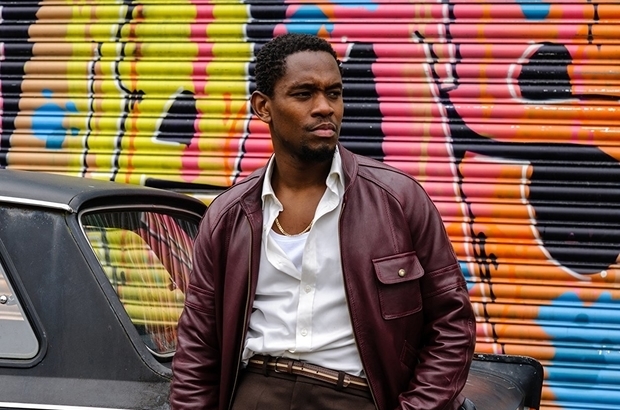 Told through a nostalgic haze of Ganja smoke and reggae beats, Idris Elba’s directorial debut is a story of childhood psychological trauma seen through the scope of an Afro-Caribbean experience of redemption. Yardie’s first sequence shows protagonist Dennis (Aml Ameen) recalling the mantra that in life one can either follow the path of the good or the path of the damned. Much of what follows this reflection revolves around Dennis’ struggle to figure out on which of these two paths he belongs.

Dennis’ life is influenced by two interrelated but conflicting ideas: love and respect for his reggae-loving, peace-campaigning brother, Jerry Dread, and a desire for revenge and violence stemming from Jerry’s murder on the streets of Kingston as a child. Travelling from Jamaica to England in the early ’80s we witness the dread-locked, street-smart small-timer in sunny Kingston transform into a hardened lone-wolf fighting amongst the gangs of dark and rainy South London as he seeks out his brother’s murderer. The film’s greatest achievement lies in the humanity and empathy its characters successfully convey. This is largely thanks to the presence of Dennis’ partner, Yvonne (Shantol Jackson), who embodies the major counterpoint to the protagonist’s morally questionable activity.

Yet Yardie is, unfortunately, a problematic piece of cinema. Elba’s lack of experience is evident in the film’s various narrative and structural flaws. The plot unfolds in such a way that scenes seem to pile up on top of each other without a cohesive, realistic progression. Moments requiring gravitas are not provided with the necessary depth of development, while seemingly unimportant or incongruous events are inexplicably filled with drama and tension. One is left wondering if some early scenes which could have aided the audience’s understanding of the characters and events might well have been cut out by an overzealous editor.

Motifs of ghosts and leering gangsters appear, disappear, and reappear in ways that no longer seem to make sense or have any relevance to the story. The particulars of Dennis and Yvonne’s relationship are rushed over – it is unclear what the true nature of their bond is, how she came to England and why she keeps forgiving him. Although both characters edge on religious hypocrisy, no clear sense of what spirituality and Christianity actually mean in the context of the film is ever really established. The film’s insights are ultimately left muddled and confused.

Structural and thematic technicalities aside, Yardie’s emphasis on music and aesthetic means that, to some extent, narrative problems and irregularities can be forgiven. While watching, one is quite easily taken by the sensory experience of it all. Awareness of the inconsistencies and plot issues only really emerges after the viewing, when a vague concluding sense of things feeling rushed or unrealistic provokes a greater consideration of what has actually happened.

So rich is the film’s ’80s aesthetic and style, and so strong is the catalogue of featured music that Yardie remains very enjoyable. Elba achieves a wonderfully evocative and nostalgic vision of Afro-Caribbean experience in the UK. The passion he has evidently imparted into this project should be applauded – even if the skills displayed in what marks the start of his directorial career might seem to be lacking.

Yardie is on general release.