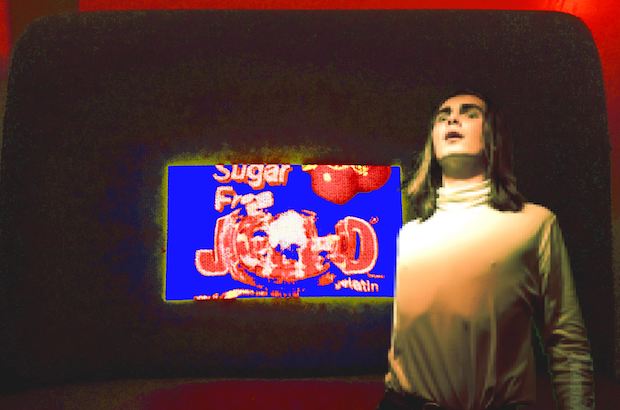 ‘Rb7’, the debut single from COSYDRIVE

Introducing Cosydrive, the student artist, musician, filmmaker and  ‘zeitgeist’ [his words] that you didn’t know you needed.  Despite his minimal online presence, Cosydrive is already developing a reputation with his absurd live performances, playing with the likes of Shitkid and Better Person for Parallel Lines and at The Three Wheel Drive this summer, where he performed with Happyness, Sorry and Horsey.

Now, at last, we have some music. Watch Cosydrive’s self- directed debut video below:

In this first release, Cosydrive invites you into his paradoxical world, equal parts jarring and sensual. Sexualised and teasing, ‘Rb7’ is a bold statement of pop intent, drawing on PC Music, Soft Hair and Dirty Projectors.

In conversation, Cosydrive is surprisingly serious and conceptually-minded.  He cites his work with other artists, notably as keyboardist of Famous, but also with Jerskin Fendrix.  ‘… although in separate projects, we work together with an ultimately similar approach to art, with the intention of thinking about it in relatively sophisticated way’, he says with a wry smile.

Cosydrive performs on 9th November for the ‘Rb7’ release show, opened by Show Boy and presented by Hairy Recordings.

Find Cosydrive on Facebook and RSVP to the 9th November HERE.