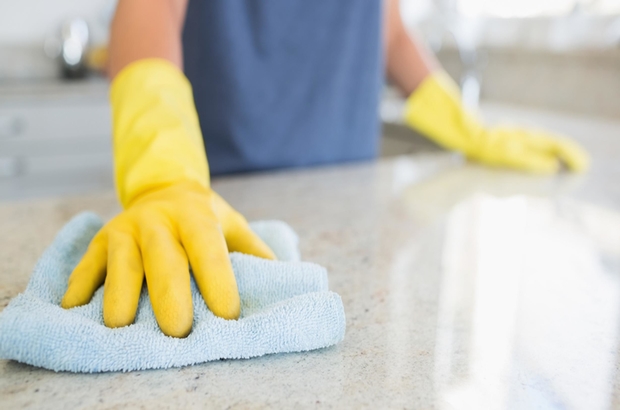 In an article for The Guardian Suzanne Moore writes about how dirt is everywhere, even at home. Different from untidiness, we consider dirt to be harmful to our bodies. Progressive research and development in health has led to the innovation of and dependence on sanitation, particularly in the domestic sphere. What advertisements for cleaning products are essentially saying is: ‘your home is full of invisible, harmful bacteria — you will need all these chemicals to prevent further toxic contamination.’

But has our obsession with hygiene gone too far? Studies show that ‘hyper-clean’ environments make our immune systems slack and stop them from responding to pathogens when we actually need them to. Of course, this does not mean that we should stop being sanitary in hospitals, but rather that we ought to tone down our preoccupation with cleaning too much in the home, so that we don’t end up in hospital. If we look towards the role of hygiene in other societies that do not adopt knowledge or practices from modern science, it’s clear that hunter-gatherer populations living in environments with greater pathogenic threats do not eat foods that adhere to health regulations. Whilst studies do prove that they have stronger immune systems, they are not as conscious of ‘dirt’ in the way that urban-dwellers are. Scientific theory claims that dirt is ‘absolute’, unaware of how deeply subjective this concept is.

In her book, Purity and Danger: Analysis of Concepts of Pollution and Taboo (1966), anthropologist and former UCL professor Mary Douglas claims that dirt is simply ‘matter out of place’. She highlights ‘dirt’ as having the ability to ‘provoke cognitive discomfort and reactions of disgust.’ Our negative attitudes towards slime, insects, and dirt in general amount to a mental classification of what we see, relying on culturally ingrained symbolism to draw the boundaries.

If we use Douglas’ theory to explain our urge to sanitise, do we need to start viewing modern science in a more cultural framework? Before we began relying on scientific evidence, people mentally filtered their perceptions of dirt through hierarchies in religious and social terms. For example, Catholic societies distinguished between the pure and the impure, the sacred and the profane. These binaries reflected their attitudes on social statuses, in terms of what it meant to be a ‘noble’ or a ‘peasant’. After the birth of scientific discovery, colour psychology tells us that how we perceive dirt today can still arguably be subjective. In choosing wallpapers for a new house, people often prefer a ‘purer’ white to cream or pale yellow because the latter looks ‘aged’. When shopping for clothes, those who choose black over white often do so because stains are not as visible with the former.

Even the ‘objective’ methods of Western medicine can be culturally appropriated across different societies. A few of my friends visiting from Hong Kong and Japan expressed concern when they noticed that Londoners don’t wear surgical masks on the streets. In Hong Kong, most locals wear surgical masks to protect themselves from germs and air pollution – even on the MTR (equivalent of the Tube) or when they are flu-free. Although the pollution levels are less intense in the UK, my friends still find it difficult to stop wearing those masks here.

Our conception of dirt existed long before the invention of the microscope. When scientists discovered bacteria and viruses, the invisible was made visible and enabled a more head-on rejection of it. This allowed for new ways of improving life expectancies and decreasing death rates, but also sustained the illusion that humanity was able to conquer ‘the unclean’. We had found something tangible to embody what was previously socially constructed. Now, in light of the evidence of our over-reliance on sanitation, we must come to terms with the fact that science has culturally moulded our perspective on dirt. Rather than looking at the material itself, we have antagonistically categorised its features. In the words of Mary Douglas, ‘dirt is in the eye of the beholder.’