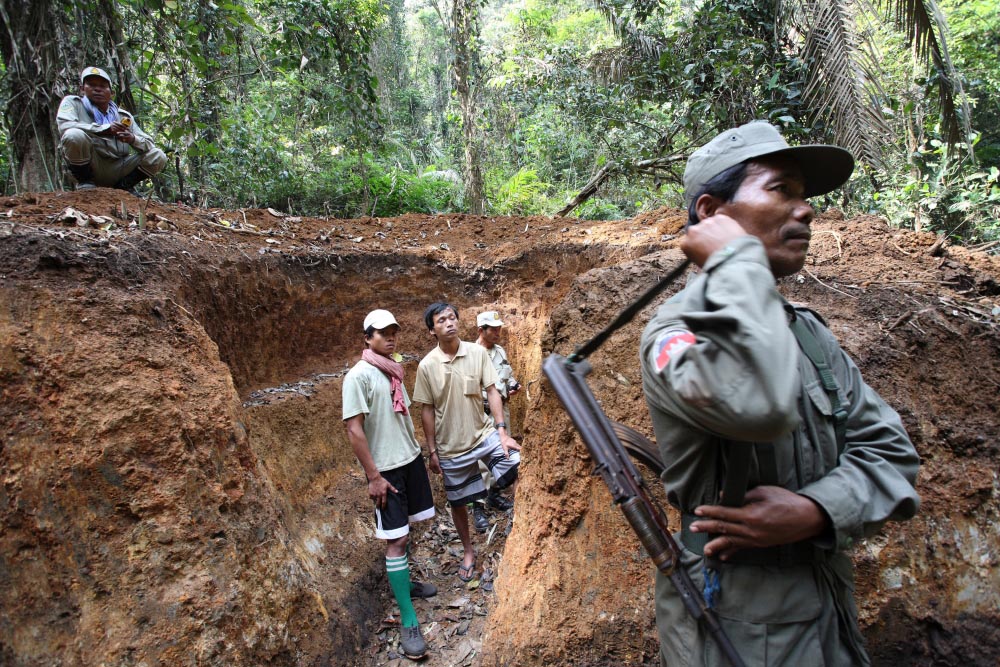 Every week liberal journalists with furrowed brows run soul-searching articles that scrutinise the ethics and environmental impact of everything from coffee machine filters to high street fashion. It seems that there is now huge demand for information about the ethics and environmental impact of our consumer choices. Yet there is one area that is yet to be thoroughly inspected by the media: the environmental impact of recreational drugs. In fact there is very little information on this subject that easily available at all, unless you are happy to trudge through thirty page reports issued by the U.N. It seems strange that in all those school PSHE lessons and government campaigns, which normally parade scary statistics and horror stories of nice kids getting it wrong, there was never any mention of the environment.

Ecstasy has become the party drug of choice over the last decade. Its rise does not seem to be slowing down, with an estimated 157,000 more young people in the UK using ecstasy since 2013: that’s around a 40% increase year-on-year. This upsurge in popularity in Europe has had a devastating effect on the communities and eco-systems of the Cardamom Mountains and Phnom Samkos Wildlife Sanctuary in Cambodia – where Safrole oil, the main ingredient of MD, is harvested. The tropical mountains of Phnom Smakos now ring with the sound of chainsaws as huge strips of the rainforest are felled during the process of collecting the precious oil. Dead fish float along rivers that toxic chemicals are pumped into from the factories, to be eaten by animals, desperately compromising an already fragile eco-system. This area contains 80 of the world’s most endangered species, whose habitats are being destroyed – not to mention the direct threat to animals from ecstasy harvesters themselves, for whom animal poaching is often a side-line.

The human impact of the illegal trade must also be mentioned; local communities are left devastated as armed gangs descend to reap the lucrative rewards of harvesting the Safrole oil. The decimation of the rainforest is endangering the livelihoods of 12,000–15,000 inhabitants who depend on the rainforest as a primary source of food and shelter. Policing is also an issue, with many rangers forced to risk their lives if they chose to protect the rainforest. They are low paid and work in difficult conditions in a leech-infested jungle, up against armed and dangerous criminals.

After being smuggled through Thailand or Vietnam most of the 520 tonnes of ecstasy produced each year end up in North America or Europe. The environmental disasters are direct consequences of western demand. Many argue that this environmental impact is no worse than the cosmetics or legal pharmaceuticals industry; however, the fact that the illegal drugs trade is unregulated and already outside the law its impact is far more catastrophic.

Nowhere is its detrimental impact more visible on a large scale than in Colombia, where the humanitarian and ecological concerns are tightly enmeshed. The levels of corruption caused by warring drug cartels and the leftist rebel group FARC are well documented: drugs and criminality influence the highest levels of government and have caused a state of quasi civil war, responsible for murder and destruction of humans and wildlife alike. The environment has also become a political battleground: FARC claims the government’s policies amount to ‘ecocide’, while they themselves are happy to cause an oil spill of 1.9 million litres, dubbed by the Environment Minister an ‘incalculable tragedy, the worst environmental and social damage done in the past 10 years’, in their fight for drug-trade supremacy. The real victim of these attacks is the natural world they are played out upon.

It is not simply drugs gangs and users that are destroying wildlife – the US led War on Drugs has also had a devastating impact. On a human level it has been famously criticised for mistreatment of addicts and also exacerbating the cartel wars. Provoking illegal operations into a state of war has knock-on effects on how the environment is treated and situations like the oil spill become more likely. Direct environmental implications of the US foreign policy are also ignored. It was only earlier this year that Columbia finally banned use of the herbicide glyphosate, which has been a key weapon in the fifty-year war to eradicate coca cultivation, a strategy funded by the US government: indeed American contractors such as DynCorp often carry out the spraying. Its impact is profound and devastating, as aerial spraying contaminates soil and water systems. In some areas around 80% of indigenous children were found to be suffering some kind of illness caused by the herbicide, complications mirrored in other plant and animal organisms. Once one coca plot has been destroyed, farmers move to another space further into the rainforest, causing even more deforestation. As in any ‘war’ when life is threatened, care for the environment becomes the second priority.

The last 10 years have seen a dramatic shift in attitudes to ethically sourced products. Eco-fashion has gathered momentum, plastic bag charges implemented, and Fairtrade labels have appeared across supermarkets; however, there is yet to be clear information spread about the environmental impact that drug cultivation and transport has across the world. We, as a society, are led to believe that drug-taking is an individual choice, one that is about our own bodies and lives, but ultimately, like every choice we make in life, from selecting a breakfast cereal to turning the tap off when we brush our teeth, it has a significant impact across the world. It’s about time that environmental issues about drugs are taught alongside education about health and societal impacts, so that we, in the West, can start making informed, reasoned decisions about drugs and the drug-policies of our governments.