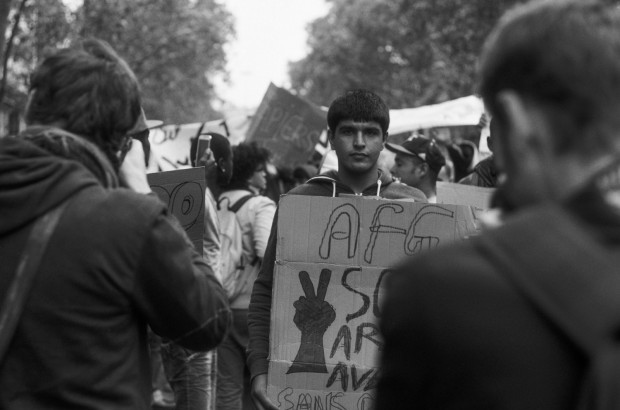 Instead of talking about emotions, people now post them. Including grief. As social media continues to reshape our experience of identity, it seems that online spaces are no longer reserved solely for showing off holiday snaps, they also provide a way for people to show how much they care.

Widespread social media mourning is triggered by national disasters, most notably terrorism: bombings and gun attacks lead to displays of empathy as people repeat messages of peace, concern and solidarity online. It all started in January last year when Twitter adopted the ‘Je Suis Charlie’ tagline for those killed in the offices of Charlie Hebdo in Paris. Nearly two years later the social media response to certain disasters has developed into a varied (but predictable) pool of hash-tags and stock Facebook filters.

At face-value this represents an admirable coming-together of people standing up for certain civil liberties and a more general humanity: yet its subtext in contrast implies a display of exclusivity and perhaps even western prejudice. What is silenced through this new-born collective spectacle?

The ‘Je Suis Charlie’ phenomenon compels one to question who actually is—and who is not—‘Charlie’. Its formulation frames events simplistically as good versus bad. Attacks such as those in Orlando, Paris or Brussels split society into two camps, with one side designated as the morally justified (most often Western) victim; while another camp (predominately non-white European groups) are ostracized and designated ‘the enemy’. This blatant othering seems akin to a modern-day ‘Orientalism’: its proponents, albeit unwittingly, energise cultural distinctions that associate the atrocities of extremist groups with whole religions or ethnicities.

These issues are exacerbated by the level of control that corporations such as Facebook have upon this online grieving process and the dissemination of mourning. In the event of a ‘disaster’ the company now prescribes users with uniform templates through which to mourn. In the wake of attacks in Paris and Belgium, for example, Facebook encouraged users to change their profile pictures to images of the French and Belgian flags. Why did Facebook not also offer a temporary filter of the cedar of Lebanon for the terror attack a day after in Beirut? Facebook, whose slogan is ‘be connected’, has never offered options of Tunisian, Egyptian or Syrian flags. More recently, more than 180 Syrian civilians were killed over the course of 2 days, yet 50 deaths in Orlando still took precedence. Despite being a worldwide corporation, Facebook imposes, through its selection process, a hegemonic point of view upon its users under which occidental casualties are more important than non-western disasters. Apparently, some deaths matter more than others.

The Western panic over the safeguarding of freedom of expression that we saw after the attacks on journalists at Charlie Hebdo illustrates an entrenched tradition of western elitism. We must unequivocally condemn the massacre in Paris. However, Charlie Hebdo now stands as a Western martyr for ‘free speech’, leading to a popular erasure of memory over what their satire actually stood for—it repeatedly perpetuated racist stereotypes and was grotesquely offensive not only to ISIS but to every Muslim in France. That publication’s blatant disregard for another religion is symptomatic of a blind belief in the right of Western ideals to ride roughshod over the rights and cultural sensitivities of minorities, including those within their own country. The Charlie Hebdo writers often ignored the wider, globalized community they lived in, and proponents of the ‘Je Suis Charlie’ hashtag appear to have done the same. Has ‘Je Suis Charlie’, therefore, become an arrogant rallying cry for Western cultural dominance? Perhaps not, but what the image does provide is a justification for our societies and, more dangerously, our governments to bypass or erase the perspectives of non-westerners. Perhaps the real question here is not whether we deem Charlie Hebdo’s caricatures offensive, for they surely are, but rather who speaks, and who is spoken for in our society.

It is important to qualify this discussion by mentioning the potential of social media as a force for good. In many countries with heavily state-controlled media, Twitter and Facebook are some of the only ways in which a population can be mobilised to protest and to other democratic activities. Facebook’s powerful potential does occasionally pierce through its customary self-promotion and affect real-world events. On the 4th November, Facebook became overwhelmed with ‘check-ins’ to Standing Rock, an Indian Reservation in South Dakota: users stood (virtually) in solidarity with Native Americans there who were protesting the Dakota Access Pipeline, in order to disrupt police monitoring through the online platform.

Nonetheless, what is the value of sympathy that is so homogenous and streamlined, let alone the ways in which its displays tap into insidious Western biases. We herald freedom of expression as a core component of Western society, yet where is the freedom in being virtually strong-armed to take part in an analogous device of mourning, prescribed by a multinational corporation? Once mourners decide to stop (competitively) caring, the Facebook filters quickly fade and grieving statuses or hashtags are superseded by the usual photos of food or group selfies outside a nightclub. It is a shame that the internet, once heralded as a great democratic leveller and harbinger of individual freedoms, should be used to enforce such a race-to-the-button conformity.

All images were taken in Paris by Flora Thomas; to see more of her work click here.