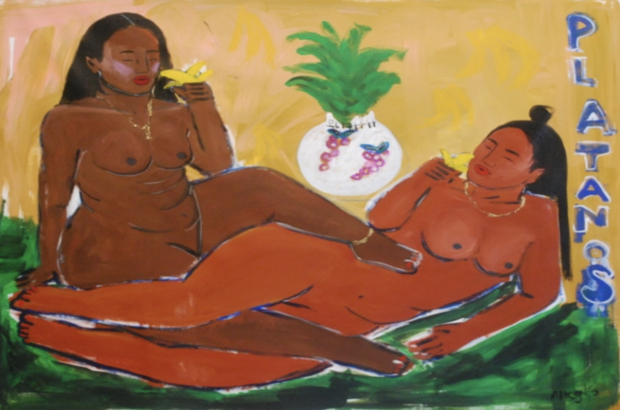 Ask anyone what their experience of sex education was like in school and they will probably mention a traumatising demonstration of what happens to a tampon in water and a very rogue use of a banana. Fruit was always a common theme in sex education; first came the banana, then the condoms on cucumbers, and then the school nurse attempted to incorporate a pear into her description of fallopian tubes. The use of fruit seems to perfectly encapsulate the innuendo-laden inaccuracy of most sex education in schools, as well as Britain’s deep rooted discomfort with directly talking about sex. Clearly, using actual scientific models to explain bodily functions to children would be too much to ask.

It’s no secret – and no surprise – that most people’s attitude to sex is a heady cocktail of misconceptions, misinformation and misled Google searches. As far as gendered expectations go, UCL’s Leading Women and Men’s Rugby societies would seemingly be on opposite ends of the spectrum. But, in reality, the lack of education on safe sexual practices and reproductive health spanned both groups. Female students who had been on the combined pill since the age of 14 had just as many questions about its potential side-effects and the available alternatives as their male counterparts who had never taken an oral contraceptive in their lives. This was not only an extremely valuable event for those in attendance, but it also exposed a much deeper issue of how our curriculum deals with sex. There are clearly many more questions that need answering, and many more people who need to know the answers.

As of March this year, the national curriculum details that Relationships and Sex Education (RSE) is compulsory from the age of 11 onwards. Classes ought to cover ‘reproduction, sexuality and sexual health, without promoting early sexual activity or any particular sexual orientation.’ This is a vast improvement on the previous system, which allowed independent schools and academies to opt out of teaching RSE. There is still, however, a long way to go. Firstly, these changes may not occur for another two years.  And more worryingly, schools will still have the final say on  teaching methods and curriculum omissions, whilst parents will maintain the right to withdraw their children from RSE classes completely.

What the amendments have started to address is the disparity between those setting the curriculum and those learning from it. A survey of 16- to 24-year-olds carried out by the Terrence Higgins Trust in July 2016 showed that 99% of young people thought RSE should be mandatory in all schools, but 1 in 7 had not received this education. Furthermore, 97% of students thought RSE should be LGBTQ+ inclusive, but 95% were not taught about LGBTQ+ relationships. Both of these issues have now been partially ameliorated, but is it enough?

From a young age, children are left confused and ashamed by the countless, contradictory messages they receive about sex and relationships. Even if school programmes are amended to a satisfactory standard, it’s difficult to create a national curriculum that accounts for the influence of family members, community leaders and online platforms. The government now states that all RSE should be age-appropriate, but how is this defined? With the rise of grooming through social media, online pornography and sexting, children are exposed to sex earlier than ever and its presence is increasingly pervasive. An 11 year-old now may already have been exposed to sexually explicit or damaging content before the subject is even raised by their teachers.

As well as improving the feedback loop with students, we need to assess the environment in which sex education is taught. Even in co-educational schools, RSE is often provided in single-sex environments. This creates an atmosphere of shame and illusion around gendered differences in sexual health from a young age. To this day, I have no idea what the boys did in year six when we were first taught about periods. Few seemed to have any sort of empathic understanding of menstruation in later years; girls’ trips to the toilets remained shrouded in secrecy. If children of all sexes, genders and sexual identities were taught about healthy relationships and sex together, boundaries would be broken and much of the the stigma would be lifted.

Beyond the gender element, co-educational RSE classes may help to foster more open communication between students who may later engage in relationships with each other, or other people. Taking this further still, having external organisations teach children instead of internal teaching staff could help to create a safe space in which questions can be asked without fear of judgement. Online, anonymised question systems could also be incorporated. The way we experience sex and relationships has changed – the way we are taught to approach it needs to change too.

There isn’t space in a single article to address all of the questions that current forms of RSE leave open. Even at Tuesday’s event, the hour-long Q&A was over before the conversation had even moved beyond contraception and STIs. Going forward, we need more informed, open discussions about healthy relationships, zero tolerance to harassment and crucially, consent. Imagine the change that could be instigated if completing a course or online questionnaire about these topics was a condition of entry to universities or workplaces.

Tuesday’s panel was enlightening in more ways than one. Not only did it highlight the lack of basic knowledge about sexual and reproductive health amongst students, but it raised questions over the best way forward. The latter has a more complex solution, but the panel did offer some easy-to-enact advice. Firstly, use condoms. They protect from STIs as well as pregnancy and are given out for free in most sexual health clinics and Doctors surgeries. Secondly, get tested regularly for STIs. There are different incubation periods, but the general advice was to get tested each time you have a new sexual partner. The main take-away, however, was to get educated. Curriculum changes are all well and good, but for students who passed through the school system without gaining proper scientific knowledge of sex, it’s time to take matters into your own hands.

So where do you go if you have questions?

Brook are a sexual health and wellbeing service specifically directed at young people, with a clinic near Euston. They offer a range of services, from free contraception and STI testing to group education programmes and individual support sessions.

There is also an NHS clinic behind the Cruciform.

Lloyd’s Pharmacy have a service called Online Doctor, which provides web-based consultations and advice from UK registered doctors and pharmacists. If the thought of a face-to-face consultation seems too embarrassing, their anonymised online service could be a good alternative.