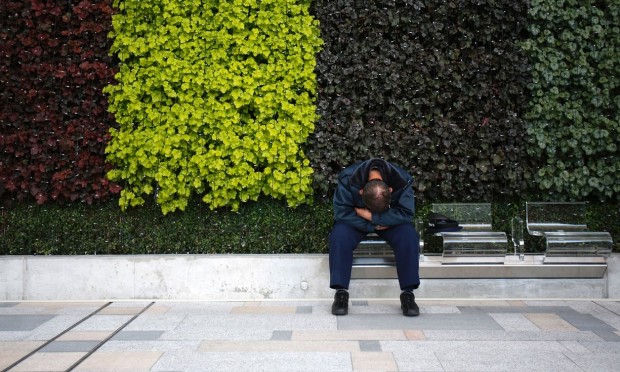 That a stable home may be a vital component to maintaining a stable mind is not a revolutionary thought. Coming back to sheltered seclusion after a long day at uni is a ritual so unconsciously ingrained we don’t even consider how fundamental it might be in regulating our emotional wellbeing. This does not necessarily mean that a stable (student) home guarantees mental stability: indeed concern for the mental wellbeing of students has grown so pressing that The Guardian are currently running a series on ‘Mental health: a university crisis’. Work-related stress is catalysed by extra pressure to succeed academically due to ever-increasing tuition fees, whilst the omnipresence of social media implies everybody else is having a better time than you are. However, while nothing can assure mental stability, not having the basic security of a safe, dry place to sleep invariably compromises it. With regards to homelessness and mental health issues, the phrase ‘a self-fulfilling prophecy’ seems appropriate.

Let’s consider some cold hard facts: in 2010, 80 per cent of homeless people in the UK reported having some form of mental health issue, with only 45 per cent of this number having received an actual diagnosis. The same study carried out on the general public found that 25 per cent of people are diagnosed with mental health issues. Whilst mental illness is, more often than not, sporadic and indiscriminate in its attacks, a lack of secure housing exacerbates any existing problems someone may have. The situation of being homeless is also more likely to be affiliated with other psychological maladies, such as complex traumas and substance abuse: these situations both contribute to finding oneself without a home and also arise directly as a result of trying to survive on the streets or in a shelter.

Safe accommodation is not merely protection from the physical dangers of being on the streets, it also enables social inclusion – a sense of belonging that dissipates feelings of isolation that can trigger the onset of mental illness. Without even thinking about issues of stigmatisation and exclusion from wider society, the physical threats of sleeping rough result in people having to fend for themselves, so even forging bonds with others in similar situations can be dangerous. Solitude and privacy, although both states associated with being ‘alone’, are entirely different: having a home to call your own allows for someone to have a private life, from whence they can chose to enter into society on their own terms. Privacy acts as a stabilising factor when attempting to deal with mental health issues.

Unfortunately, people who find themselves homeless, who therefore require most urgently the help and resources of our society, are often disregarded and thus cut off from services. The ‘catch-22’ is that affordable and safe accommodation also facilitates access to GPs and other essential health services required for combatting these problems. There is a detachment between those that require help and the help on offer that prohibits any resolution. As Marina Scholtz recently argued in this publication (here), housing for the homeless urgently needs to become a priority.

In many cases those with power take the opposite approach. It may not come as news that Crisis’ 2016 report ‘The Homelessness Monitor’ shows that two thirds of local councils attribute the significant increase in homelessness in recent years directly to recent reforms of the welfare system: ‘particularly the cap on housing benefit and lower rates of housing benefit for under-35s’. Local councils, too, regularly employ heinous measures to curtail the number of homeless people ‘polluting’ their streets. So called ‘defensive architecture’ is deployed, prohibiting those sleeping rough from making use sheltered of doorways: placing spikes under bridges and in sheltered doorways and replacing bus station benches with small areas on which to perch that slant downwards. I find it deeply unsettling that the city I have inhabited all my life is being contoured and moulded to adhere to a cruel, cold environment where the idea that those who are desolate should be shunned is built into the physical landscape. This attempt to purge the ‘eyesore’ of vagrancy from wealthy city centres demonstrates a willingness on the part of local government to spend money on denying someone a place to sleep and actively making it more problematic for those sleeping rough under their jurisdiction.

The message sent by the ‘defensive architecture’ to somebody trying to find somewhere to sleep for the night is unwaveringly clear: you are not welcome. It is far from surprising that Alex Andreou states from personal experience that ‘the psychological effect is devastating’. Although passers-by who do have a comfortable bed to return to that evening may not note the callous rationale behind the spikes and perches, the attitude that these features represent must be felt by all on some level.

Our response to the increasing problem of homelessness poses deep, searching questions about what, as a society, our priorities are. Tackling this problem by brushing it under the carpet, away from the eyes of rich residents in wealthy parts of town is unacceptable and sadly telling. I join Marina’s cry in stating that homelessness effects all of society, and would like us to recognise that the issues of homelessness extend beyond the serious practical concerns of safety, shelter and food – and the knock-on effects of ignoring this problem, let alone actively making life more difficult for those who are homeless, will be felt by everybody. I leave with a positive piece of news, that Lewisham Council has created the UK’s first Pop-Up Shelter on a temporarily undeveloped plot of land. Let us hope that this example will be followed, because money that has been spent on spikes, bus stands, and pillars comes at a social cost that we just cannot afford.