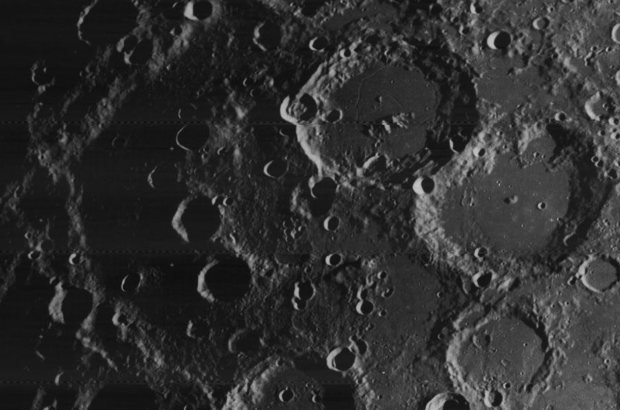 A prose piece by THOM WAITE.

I am all memory. Nothing but. I am not limbs, eyes, ears; not sound, nor texture, nor sight; not present nor conceivable future; not light, nor dark, nor wide plain or cramped cell. I could be wheeled out again in the garden, where they place me; I could be falling in void; I feel air neither rushing nor cool and still, or sense the summer scents of dust and grass. But that is to look back, to memory, all that I am:

To the left, a brook, babbling, and another great susurrus, but separate: oak woods I remember, played by the breeze. And more: one’s children playing about their chair, sometimes laughing, sometimes singing a more known music, their own melodies tangling together. And the brook sibilant in its passage, plosive in its falls back upon itself and pebbles dislodged, and bark, and leaves, always behind. Whilst to the right is a wider expanse, a remembered lawn and beyond it the gravel drive which passes where we are brought, here, where we are brought and left like flotsam, and on behind to the house. The crunch underfoot of coming: of the return, or departure, recession beyond the periphery.

I have lost even my chair, now. If I were moved, once in a while, I could hear the creak of rubber wheels and metal chinks, reminded of the cold metal I know. The machine, at least, remains. At intervals it emits a faint, high tone that sounds to me rounded at its edges: two rounded objects striking like pebbles with their individual collisions, several, made to sound like one. It exists, this tone, not to inform on any vital signs – though the machine itself is of that sort: its fluids course unfelt to my various tissues with the intent of a sort of preservation – but no, the tone is only to inform me it is still there, out there.

Somewhere a wood pigeon coos its trembling call. From the house from which I am at intervals ejected – more accurately jetsam, perhaps – there comes a female cry and the dropping of a metal tray with crockery. There is a space of absolute silence between the two: a suspension of time in which the brook’s course, even, seems suddenly to cease.

Then the first impact of tin on tile and, after it, imperceptibly, the crack, then splintering, shattering outwards: the image of a dying star, the break of a raindrop, the dandelion clock. Once I would not have imagined, perhaps, the ceramics in such terms, would have only seen their skittering course and thought to follow it, to surround and order it, paying particular care to the curve of its rim into handle, the sharp snow-white peak, incisorlike. But there, again. I only listen: to the cry, the impact, its rippling out and its containment, its sweeping back in, as indifferent as to the cry of the wood pigeon and as to its similar forms.

It is Martha, he says, who has broken the tea things. There is a mess of liquid and sticky preserves, spilled and spoiled. The calling is a collared dove and the children are Mrs. Marjoram’s, or rather Ms. Marjoram’s, who wades in the stream in red culottes. I cannot respond my skepticisms, nor questions, nor apathy. The trees are in full green and are played by the breeze, he tells me.

At nights I lie awake in no blacker blackness. At halves and hours the clock emits a tone – triangular, this; a serrated incision in the night’s quiet – but the hours, minutes, seconds, numbers are arbitrary without reference. The pebble’s tone of my machine is as useful a signifier of the time passed, but anyway I have lost the sense of seconds to count in between. In Scandinavia, there are days of night and whole nights of day, so I am told. I wonder: their circadian rhythm must run otherwise; I lie awake without dream, and if I sleep I dream nothing different to the dreams of day.

Then, It is morning, he says. It is breakfast time. I cannot tell him that for me it is the same, only he is there, and the others, whose sheets and bedsprings speak It is morning. But were they to be nocturnal, and night to them as morning once was to me, I would have it no different.

I always feared losing the last of them; to have nothing; to not know falling from sitting, or morning – even theirs – from anything else. I did not fear when I heard the clock’s tones, no, but the sounds of that last sense themselves: the river’s smoothing of stones; the trees’ leaves’ growth and their casting about with the wind; the children, even, their cries growing softer and their tunes more well-wrought.

The time, lost, is only a way to measure the real fear, I think: the decay. And then it is the not knowing: whether I am only between the tones of my machine with no sense of the seconds passed or yet to come, yet to be called to morning, or if I am roused already, fed, taken to my garden, and unknowing. Whether I am falling through void, senseless. It is the not knowing whether I am all, or nothing; if I am, indeed, all memory, or if that too is to fade.