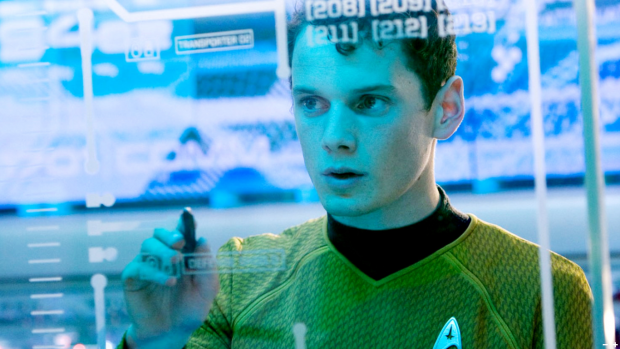 THOMAS HETHERINGTON looks back at the career of actor Anton Yelchin.

Energy is a bizarre thing, particularly in a person. It fizzes in the eyes and bounces off the tongue and it is incredibly infectious.

It is for this reason that the death of Anton Yelchin hit me with such force. In my mind he will be forever running down the corridors of the Starship Enterprise shouting ‘I can do zat, I can do zat’, or forever brimming with the zest epitomised in the bright, sherbet lemon Starfleet uniform worn by his character, Pavel Andreievich Chekov.

Yelchin possessed an almost singular energy in that role and many more; a boyish charm that it was nigh impossible not to be affected by. He perfectly conveyed the wide-eyed wonder of a boy taking to space for the first time in JJ Abrams’ bold Star Trek reboot. Chris Pine’s Kirk might have been the audience’s emotional way-in, but Yelchin’s Chekov was all wonder and joy in a performance that perfectly encapsulated the feelings of the Trekkie audience at that time—and definitely mine. He was an essential cog in a beautiful whirring machine; for all Zachary Quinto’s eyebrow machinations and Karl Urban’s heady sighs, Yelchin was the spark at the film’s heart.

It’s seems almost impossible now to cover a short, but marvellous, career in a couple of sentences. He collaborated with the likes Jim Jarmusch, Jeremy Saulnier and Guillermo Del Toro. He has more than a fair claim to a seat amongst geek royalty; he played Kyle Reese, Chekov and Shakespeare’s Cloten. He perfectly channelled his live-wire energy into playing chilled-out rockers in Fright Night, and more recently, Green Room. The latter was a perfect showcase of a terrified, whimpering boy out of his depth. It almost doesn’t need pointing out that Yelchin stood firm against the might of Patrick Stewart and brought believability, depth and charm to a film beset with vicious dogs and ghastly, grim violence; a performance of quiet magnitude that must be one of the best of the year so far.

Yelchin’s charm will not be forgotten, and not just because the amassed ranks of geekdom wouldn’t let it happen. That spark, that wonderment, that means so much to myself and so many others, will endure. Energy cannot be destroyed — and time will see to it that the dynamism exuded by Anton Yelchin persists.