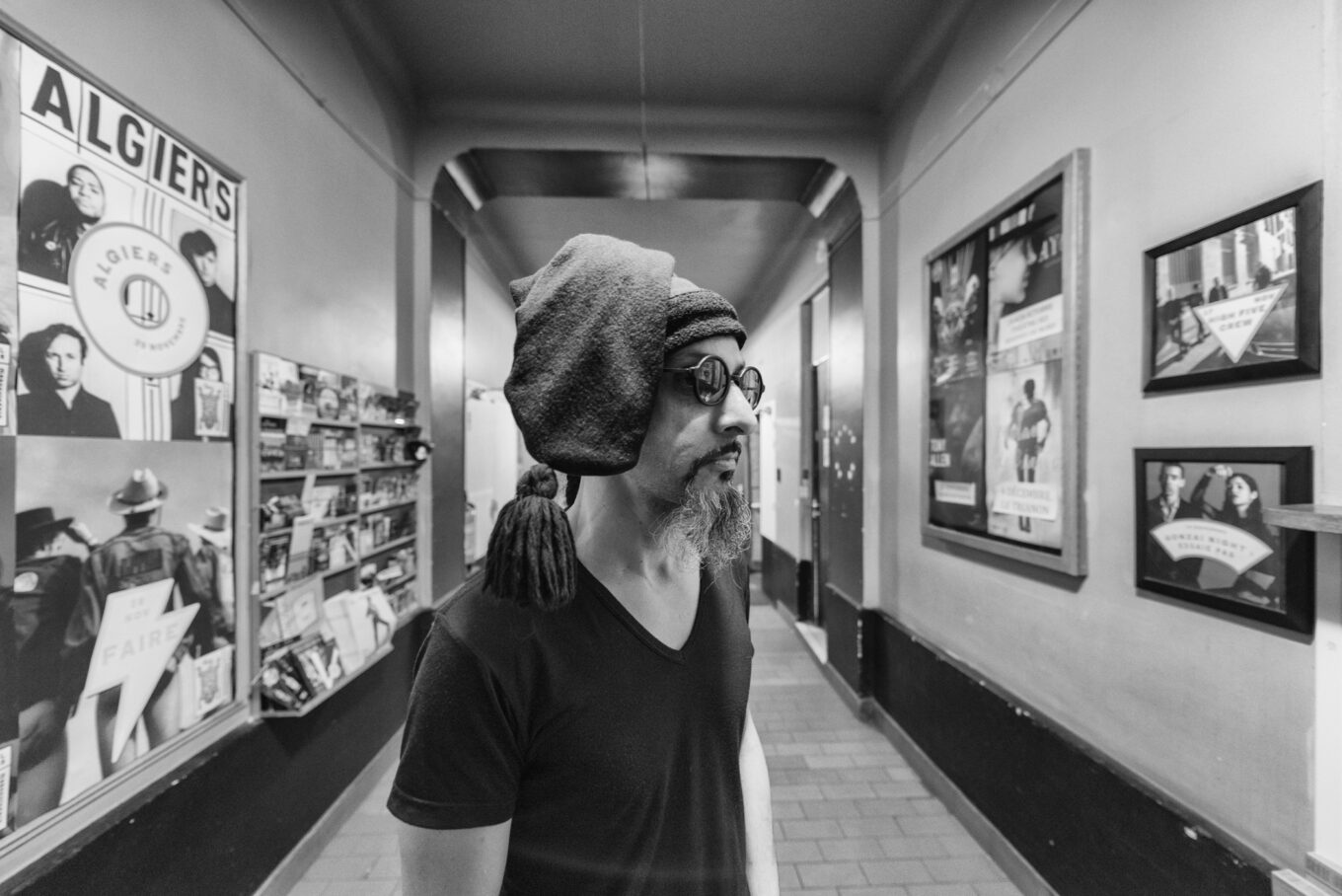 PERA CUMUR interviews prolific concert photographer ROBERT GIL, reflecting on an impressive career and the effect of the pandemic on the music scene.

The last time I saw Robert Gil was also the last time I heard live music. He was calmly photographing a band from Manchester in a Parisian concert house whose crowd was going wild over the breath of fresh, Northern English air. It was March 6th 2020, and the government’s fiercest response to Covid-19 was recommending handwashing. Ten days later, France plunged into an unprecedented two-month lockdown; a year on, concert venues remain closed to this day. This is why speaking on the phone with Gil almost a year later felt like checking in with an old friend.

If you ever found yourself attending a gig in the greater Paris area, chances are that Mr Gil was also there. Whether you were bobbing your head in a dusty basement or moving your legs at a multi-venue festival, his Lennon-like sunglasses – always worn indoors – and cumbersome camera never go unnoticed. This man tries to keep a low profile, but his aura resonates louder than the guitars he is snapping. Concert-goers have known him since 2005 when he started documenting his venue-crawls by posting pictures on his website, plainly titled ‘photosconcerts.com’. He is so indissociable from the local rock scene that an Instagram account called ‘Robert Gil prend des photos’ (Robert Gil takes pictures) gathers portraits of him at work, furtively taken by members of the crowd. They know his name and heed his presence but hear the click of his camera only. Who is Robert Gil, the elusive guru of sweaty decibels?

When I point to the dearth of information about him on the internet, he is not surprised. On the contrary, he even seems pretty pleased. And modesty turns out to be a thread running through our conversation. ‘Your profile will certainly be disappointing’, he apologises.

Robert Gil grew up in a quiet suburb of the French capital along with one of those cool older brothers who incessantly add new records to their collection. Did he try to emulate his brother’s enthusiasm for music? Most probably. But fifty years later, he is not only listening to records, but also breaking them: he once went to a gig every night for sixty days straight.

Since he created his website, Gil claims he has taken 149081 pictures and seen 6389 bands. Given these dizzying numbers, I thought that surely concert photography must be his full-time job. Well, I couldn’t have been more wrong. Gil has been working for years as a computer scientist in a listed company. Model employee during the day, relentless picture-taker at night. ‘I’d spend the whole day at work, then rush to concerts to take pictures I’d process before going to bed. I’d then wake up very early the next morning to go to work and start it all over again,’ he says, upset by having to use the past tense. I never asked him why he kept up this tiresome pace of life, but his answer spurts out as he speaks. Naturally, he is moved by a consuming passion for music. Behind this passion, though, is an addiction to the emotions shared with the musicians and their public. Gil is always reluctant to call himself an artist or use the word ‘vision’, yet it is hard not to appreciate the sense of duty underlying his project.

Because of the pandemic, Gil has started posting throwback pictures on his social media. These have elicited lots of positive responses. ‘As a band, you see yourself ten or maybe fifteen years ago, with a bandmate that perhaps has left since, and a different haircut… That does something to you.’ He remarks how even the audience looks different, as if they were from another planet. ‘It’s like looking at those old, black and white photographs of Paris. They are very simple, it’s only a grocery shop or paved streets, but looking at them takes you back to the past.’ This is precisely why Robert isn’t striving for sophistication. In his photography, you will never see superfluous close-ups on a hand caressing a guitar neck. You might see yourself having the time of your life in the audience, though.

Over fifteen years of documenting what has been playing every night in the French capital, Robert Gil has become an archivist of joy. ‘I don’t want to say I’m doing a historical task, but with hindsight, I’m really not that far off,’ he adds, surprising himself with such a claim. And today’s context seems to give him credit. We are experiencing historic times, longing for days when we could still greet our friends with a kiss on the cheek. How does someone whose life was infused with live music cope with such a cut-off? ‘At first, I was rather happy to have an opportunity to take a break from my frantic lifestyle’, he acknowledges. ‘But soon after the summer, I thought the holidays should be over. Now I feel like a part of me is missing.’ The worst of it is not knowing when shows will be able to resume. Some of his venue owner friends cannot book bands because there is always the risk that the date will be cancelled in the event of new Covid restrictions. ‘Sharing these old pictures is a way of telling the artists we don’t forget them.’

Although this crisis stands out by its length, the one that hit the live music scene in November 2015 was gruesome. His voice trembles as I lead the conversation towards the terrorist attack of the Bataclan concert hall. ‘I was lucky enough to be at another concert that night, but I knew a lot of people whom I’ll never see again for the reasons we all know.’ I realise for a fleeting moment that this interview is purely a matter of luck. With an average of 365 gigs per year, statistics were not on his side to say the very least. Nevertheless, he stresses a word we’ve all heard a lot this year: resilience. ‘It gives me hope to see survivors of the attack live through it. Some of them were back at it, attending gigs as soon as [live music events] resumed.’ There is no comparison with the current pandemic. Venues right now are silenced, not butchered. Bands will pick up their guitars again and so will Gil with his camera. But nothing seems too sure. In fact, Gil keeps hinting at the possibility of quitting it altogether. ‘I don’t know if I’ll always do that. It’s entirely up to me since I’m not making any money from it.’ I doubt the audience would be pleased. They have bonded with him and I bet some feel disoriented when he is not around. Over the years, Gil and concert-goers have developed mutual respect and support. They often help him find the best spot in the crowd for his pictures and he is always asking permission, tacitly at least, if he has to take someone’s place. Eternally dressed in black, Gil has become a sort of monument in the crowd. His presence is not bothering anyone, but his absence would confuse everyone. ‘Whenever I feel bluesy, I think about those younger people who come up to me and tell me they remember seeing me at their very first gig, and that I’m still here years later. That makes me feel like what I’m doing matters.’

After almost two hours of casual interviewing, I hang up the phone and open my laptop to start writing. Was Gil right, will my profile be disappointing? Admittedly, Robert Gil is only a small part of a very expansive music scene. No big scandalous story in sight. While that may be true, at a time when a virus blew out the flame of live music, Gil’s project contributes to rekindling precious moments of a past life.