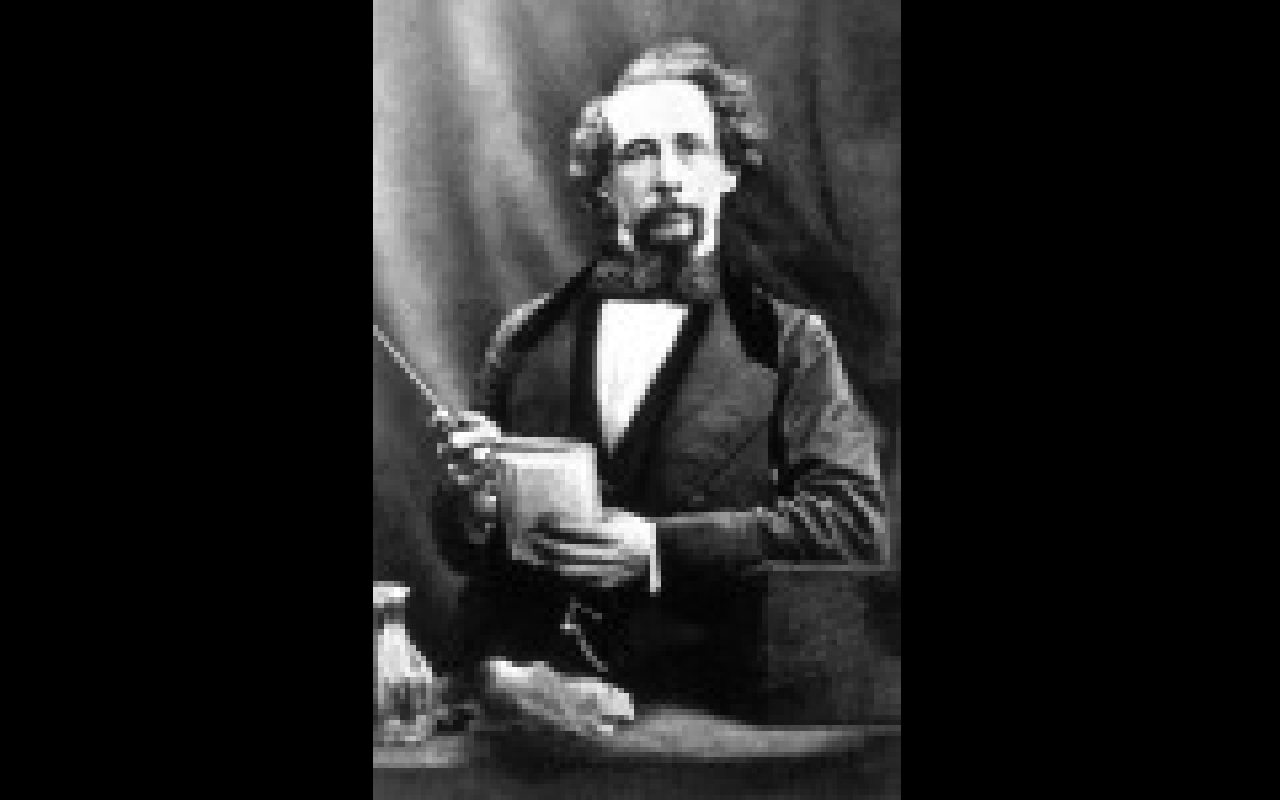 Dickens spent a large part of his years in London – walking its streets at night, eating in its pubs, observing its inhabitants. Little of that city which was home to Dickens 150 years ago can be seen on the surface of London today; yet scratch just below the newly-polished exterior and a striking resemblance to the Dickensian capital can be found.

London is immersed in the works of Dickens, as Dickens was immersed in London himself. Logging his observations diligently, he gained inspiration from the many sights and the variety of people he saw on the city streets. Lincoln’s Inn, Chancery Lane, Cheapside, Camden Town: all hold places in his novels.

Nestled in a small side alley just off Fleet Street sits Ye Olde Cheshire Cheese. Standing at this same location since 1538 (though necessity called for it to be rebuilt following the Great Fire of London of 1666) Ye Olde Cheshire Cheese has seen many a literary figure pass through its doors – G. K. Chesterton, Sir Arthur Conan Doyle, Alfred Lord Tennyson and, of course, Dickens himself. Known as a frequent visitor to the establishment, Dickens famously refers to the Cheshire Cheese in A Tale of Two Cities – ‘he took him down Ludgate-hill to Fleet-street, and so, up a covered way, into a tavern […] Charles Darnay was soon recruiting his strength with a good plain dinner and good wine’. The pub still stands as a Grade II listed fixture at 145 Fleet Street, serving Dickensian style steak and kidney puddings (mentioned in The Pickwick Papers) and braised pheasant for visitors to indulge in whilst contemplating the renowned clientele who have installed themselves in its corners before them.

An obvious place to start when touring Dickensian London is the Charles Dickens Museum, dubbed ‘my house in town’ by the man himself during his residence here. Found on Doughty Street, a short walk from the Inns of Court (near Chancery Lane) that form such a prevalent feature in his novels, the museum is seen as the address that moulded his everlasting fame, as well as being a significant part of his personal life. Within the walls of Doughty Street, Dickens saw two of his daughters born and penned many of his best known and beloved works, including The Life and Adventures of Nicholas Nickleby and Oliver Twist. For any ardent Dickens lover, 48 Doughty Street is the prime location to stop by.

Dickens’ used his close attachment to certain London locations to inspire his work. Lant Street, near to where a 12-year-old Dickens took attic lodgings during his father’s imprisonment, houses medical student Bob Sawyer in The Pickwick Papers, whilst Camden Town, the location of yet another home on Bayham Street, acts as the residence of the Cratchit family. The intertwined nature of London in Dickens’ life and works is clear, and the existence of such locations in today’s city acts as a curio for all Dickens fanatics.

London has evidently and self-consciously allowed itself to be shaped by Dickens’ portrayal, and the city still exists as a product of this time, albeit with a marginally cleaner environment. In Sketches By Boz, Dickens remarked, ‘It is strange with how little notice, good, bad, or indifferent, a man may live and die in London.’ It seems ironic to consider this, from the voice of a man who couldn’t have left behind more of a literary posterity on his city.