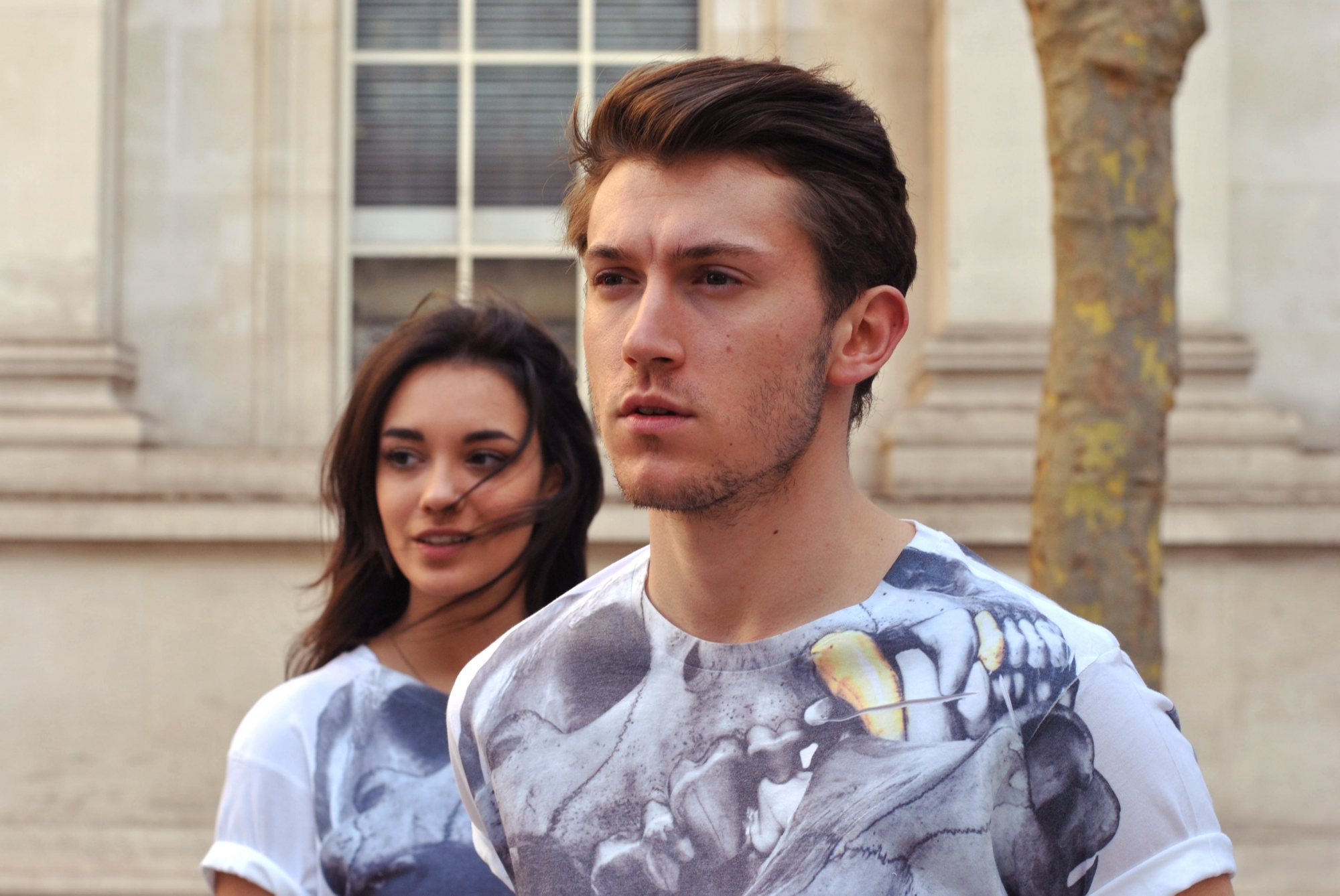 LUCY FEIBUSCH interviews Matt Pritchard and Ben Wynne-Williams from ALLECT ONE, a young clothing brand intent on making its mark on the fashion and art scenes in London.

How did Allect One come about?

Despite the multitude of hugely successful clothing brands, my friends and I believe there is actually very little out there in the way of originality. It seems to us that corporate clothing giants tend to pump out the same clothes as each other, season in and season out. Companies latch on to the same trends, instead of setting their own, which is resulting in clothing becoming more uniform than individual. If River Island has a white T-shirt with a palm tree print, you can bet Topshop has one in ivory, and ASOS stocks the eggshell alternative. We wanted to turn back the clock to the drawing board, and so we set up Allect One, an endeavour to produce garments than stun the nullified young adult high-street market. 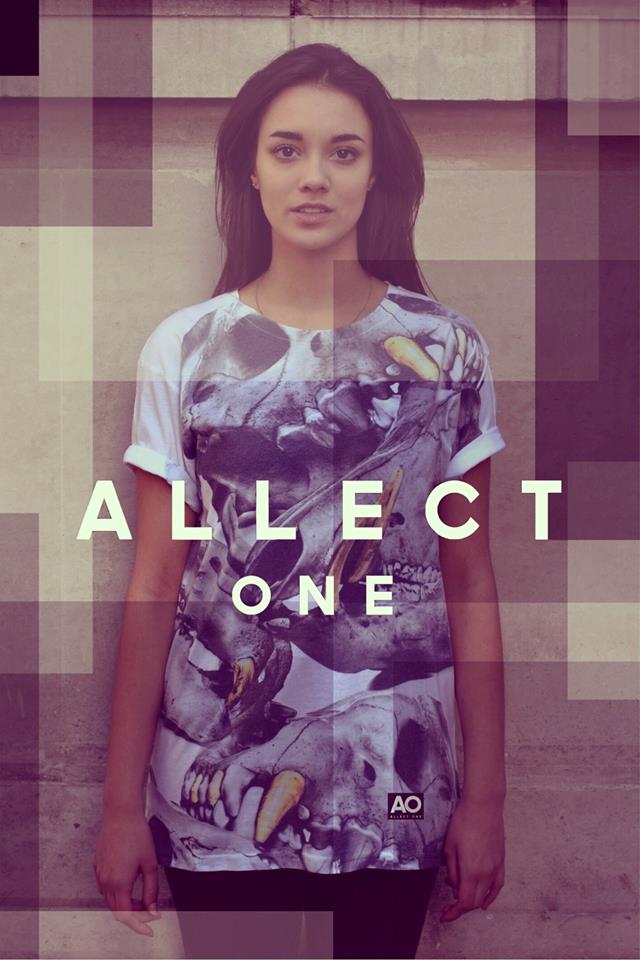 In what way do you see Allect One as an artistic endeavour?

From our art and design backgrounds, we know that being unique has been marginalised by time, but that’s the challenge we’re undertaking. There will always be someone who has thought similar things, but that won’t stop us trying. Artists and designers are always on the front line when it comes forging inimitable ideas. Offering our clothes up as a platform for young professionals to showcase their work has major benefits, for both parties. We have the advantage of adding a pool of artwork to our own – fifty brains working on a t-shirt is much more effective than five. In return the artists and designers are given the opportunity to sell their work and have it displayed for free, on the human canvas.

Can you tell us a bit about the design process and the designers involved?

All the designs are heavily screened and scrutinised before they are given the go ahead, whether they are ours or given to us. I wish I could say we’ve figured out the exact formula needed to make a good garment, but the reality is that fulfilling the vision of flawlessness will be accomplished by trial and error. Often we set out with a strict plan to create a t-shirt with the expectancy that the final product will be excellent, only to be disappointed. On the other hand, messing around sometimes leads to a fantastic design emerging by mistake. So it’s always going to be hit and miss; but we’re refining our skills to make sure, for the most part, it’s the former. 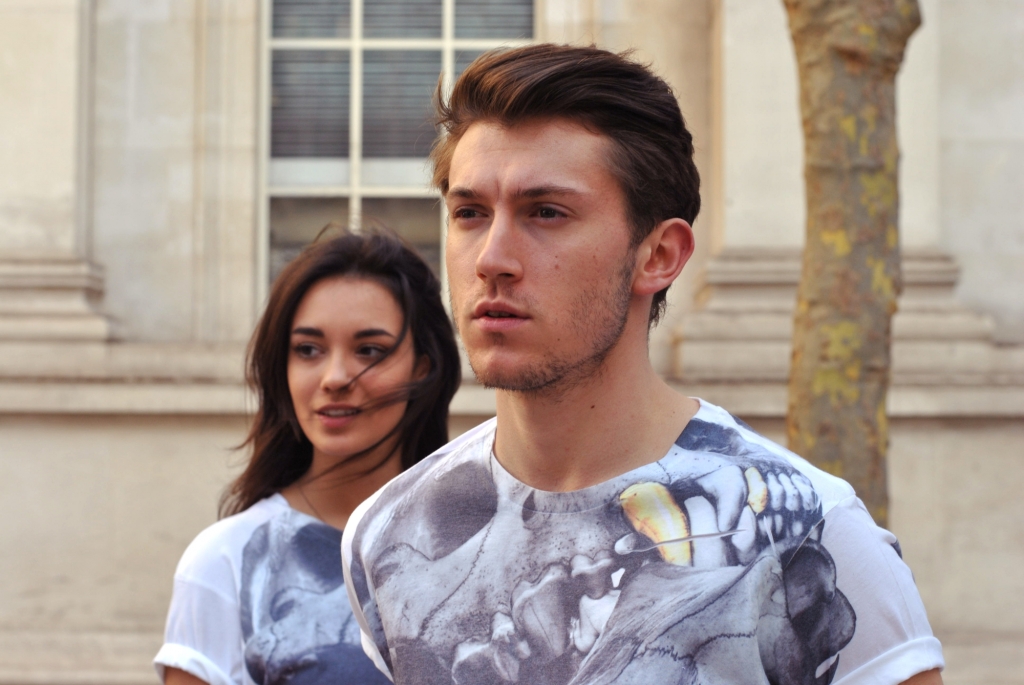 And the name, Allect One, is about unwitting enticement. What is the significance of this name?

The brand name was chosen on the basis we wanted our clothes to embody.
‘Allect’ – to allure and entice, and ‘One’ – bold, on-the-map, and first to be noticed.
It’s cohesive with the beliefs we have for the company. We aim to represent something exciting, attractive and seductive, but also edgy and individual. We feel the name reflects these aspects respectively. It’s important that a brand’s name, ethos and merchandise are all aligned, that there are no discrepancies between what a company is called, what it believes and what it produces. For us the name Allect One ties in perfectly.

Do you think the meaning behind your name and philosophy have resonance in the urban youth culture Allect One is trying to work alongside?

Absolutely. When we began we had a very niche target market, and I would say we still do. We want to be accepted into urban youth culture but not become part of the wallpaper that already exists therein. We are looking for those teenagers and young adults who, instead of craving the drastic or outlandish, want to find delicate innovation and distinction. Our team is forever striving to produce clothing that goes beyond the usual boxy fit and minimalistic screen prints. We aim to create a wearable medium that is above the bleak apparel commonly dished out by high street shops, but simultaneously more mainstream than the garments found on high fashion catwalks. A key ambition of ours is to form a brand representative of the ‘work hard, play hard’ attitude and suitable for the lifestyle that follows; the ‘alternative’ lifestyle, for lack of a better phrase.
That being said our philosophy is open to evolution. We are still a very young company and this venture has become a huge, nonetheless welcome, challenge for us. Stepping back and taking a hard look at what we have done so far, much of it is not 100% compliant with what we originally aimed for, and adjustments need to be made. We will change with change; the ability to positively and proficiently adapt is crucial to Allect One’s future.

SAVAGE’s own co-founder Jessica Sammonds is modelling, alongside SAVAGE showcase artist Alex Andrew, while SAVAGE’s https://erajournal.co.uk/category/chloe-winstanley/ is the photographer. Click on their names to see more of their work on SAVAGE!