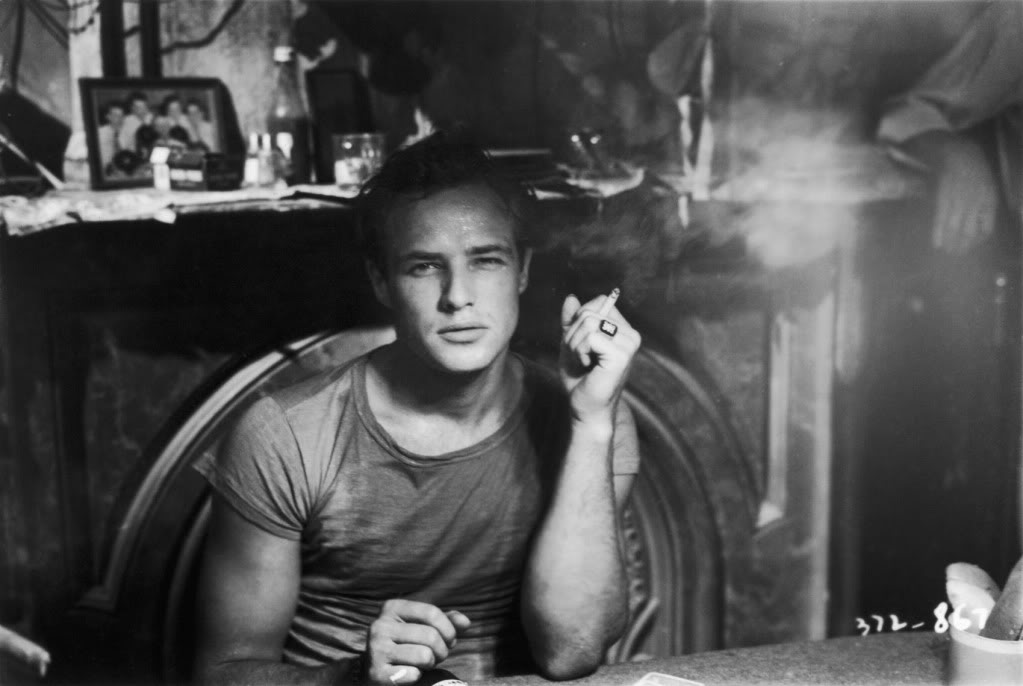 NICK MASTRINI looks at ‘Listen to Me Marlon’, the new documentary about the life of Marlon Brando that’s told in his own words.

Marlon Brando is both the subject and narrator of Listen to Me Marlon, a stream of consciousness documentary that brings the actor to life and listens intimately to his introspection. Filmmaker Stevan Riley has sorted through over two hundred hours of Brando’s personal audio tapes and interviews to construct this strongly personal film – personal, that is, to the actor whose introverted nature formed a mystery that this documentary slices through.

Aside from footage of Brando’s interviews and classic films, Riley introduces his own conceit to reflect this mystery: the documentary’s first image is of Brando’s head, digitally rendered as if 3D-printed onscreen. The simulacrum oscillates and glitches, its lips moving in tandem with Brando’s musings and personifying the actor’s distant, drawling voice from beyond the grave. The effect is unsettling yet compelling, offering the viewer a new Brando performance as he recites Shakespeare in this cyber form. Riley also places the narration above grainy, abstract shots of Brando’s surroundings in life – from his LA home to the Tahitian island he owned – without any human figures in sight so as to emphasise a sense of isolation and tranquility, while visualising the faded memories that the actor sought to freeze in time through these personal recordings.

A theme throughout the documentary is that of truth against myth, reality against fiction; Brando remarks that ‘lying for a living, that’s what acting is,’ while lamenting that his stardom ‘removes him reality.’ Brando’s ‘Method approach’ to acting is reflected by Riley’s intertwining of constructed visuals and archival footage. The actor placed his own experiences and insecurities, including the ‘beast aspect of [his] personality,’ into each of his roles, and Riley evokes this internalised process, removing the veil of media mythology to show the true Brando.

The actor utters that ‘we need myths, we’re built for myths, we die for myths.’ Perhaps the candour of Brando’s narration, detached from these myths, is thanks to the audience he spoke to when recording: himself. The ‘Me’ of the title is Brando himself, as he engages in self-hypnosis, relaxing his conflicted state of mind; Brando’s words come from a state of freedom found in the shadows, aside from the spotlight. The actor tells himself ‘you are the memories,’ early in the film, as if acknowledging both his role in the documentary and in cinema’s canon. When acting, he states he was ‘putting on a mask … building a life,’ and Riley removes this mask, exploring both the joy of Brando’s career and its antithesis.

The joy is wonderfully depicted by Riley, who captures the carnal yet vulnerable roles that Brando played and his playful charm off-screen. A screen test for Rebel Without a Cause in the late 1940s sees a young Marlon before his fame, the perpetual grin on his face suggesting a confidence that will be rewarded in years to come. Brando’s narration and self-knowledge allows the documentary to do what others can’t with their biographical content, providing the poetic philosophy of the man himself rather than the formal judgment of any commentator.

It is certain that Brando valued anonymity, treasuring an escape from the intense scrutiny of Hollywood. Though Listen to Me Marlon revels in showing the actor’s singular, iconic talent, it doesn’t shy away from representing his mercurial behaviour and the tragic events of his life. As a child, Brando would ‘escape everything’ by visiting the cinema alone, perhaps as a way to cope with his ‘contempt for authority.’ Brando tells himself to ‘talk about rage’ in his self-hypnosis, negotiating his in-built anger that developed from a difficult childhood with an abusive father and an alcoholic mother. A stilted interview sees Brando state of his father: ‘I can lick this guy with one hand.’ Stories of Brando’s behaviour on sets such as Apocalypse Now – where he arrived overweight and rewrote the script without permission – may be reinterpreted sympathetically as a result of the actor’s stark honesty when referring to these events.

What shines through the documentary is the self-deprecating tone of Brando, alongside his remarkable wisdom and contentment with his career. If he hadn’t become an actor Brando realises he is lucky to be in a lucrative business rather than an illicit one as he ‘probably would’ve been a con-man’, despite both requiring his face to be his craft: the ‘proscenium theatre’ where he can exhibit his talent. Brando’s personal musings – one feels almost guilty to listen in to his confidential thoughts – are delightfully humble, and are encapsulated in one of the film’s closing lines. Brando requests for a microphone to be placed in his coffin such that, if he were to live again, he could ‘do it differently,’ because ‘life is an improvisation’ with only one take.

Nick Mastrini is the ‘OUR LONDON: FILM’ Sub-Editor.

‘Listen to Me Marlon’ is showing at the Bertha DocHouse until Thursday 29th October.