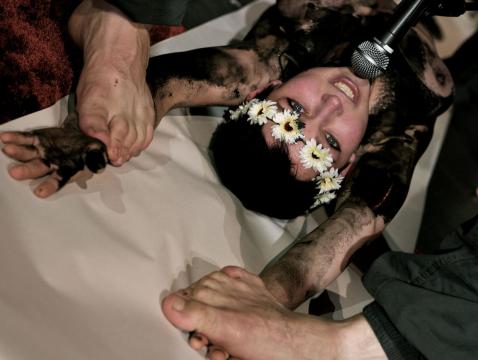 SOPHIE MEADOWS reviews Madeleine Sacker’s award-winning documentary on Europe’s only remaining dictatorship, screened by DocHouse on the 10th April as part of the DocHouse Thursday series.

Sacker’s remarkable documentary, Dangerous Acts Starring the Unstable Elements of Belarus, tells the story of ‘the bravest theatre in the world’ (Time Out), the Belarus Free theatre, and their underground resistance to President Lukashenko’s Soviet-style authoritarian regime in Belarus.

Dangerous Acts gives a rare insight into a country that otherwise receives little Western media attention, despite its political and social crisis. The documentary follows the actors who make up the Belarus Free Theatre and charts the country’s tension in the lead up to the elections, before Lukashenko was ‘elected’ into power for his fourth term in 2011.

The Belarus Free Theatre was founded in 2005 by political activist Natalia Kaliada and her husband Nikolai Khalezin, whose newspapers were shut down by the government after they failed to conform to censorship regulations. The couple recruited eight actors to secretly perform in a dilapidated house in Minsk, to Belarusians who were equally disillusioned with the government. Dangerous Acts shows Belarus’ harsh reality, through the eyes of actors, who attempt to project this reality in their art; a unique and powerful frame narrative is at play.

In Dangerous Acts, director Madeleine Sackler has skilfully spliced together footage smuggled from the country defined by protests prior to the elections, intimate kitchen-table interviews with the actors, and snippets of their politically provocative theatre performances.

Like the Free Theatre themselves, Dangerous Acts is sensitive, beautifully crafted and shocking. It manages to avoid being sermonising, whilst leaving you with the fervent desire to campaign and take action. The film demonstrates how the adversity the actors have undergone is injected into their minimalist theatre: their performances are largely made up of scenes taken from experiences the actors and their friends have endured in Belarus, which include imprisonment and torture. The lack of fiction in their plays personalises them to the Belarusian audiences and, through Dangerous Acts, strikes hard inside the hearts of Western viewers.

The crudeness of the government’s repression in their quickness to arrest and assault anyone in dissent is conveyed through the theatre’s exploitation of instability. Repetitive colours and rhythms are used to create unease, monotony and the sense of imbecility and a lack of identity. This is then exploded by unexpected violence.

These often brutal scenes are contrasted with those of humour and sensitivity; in their intensely thoughtful work, beauty coexists with aggression, such as in the simplicity of newspaper creations as puppets. 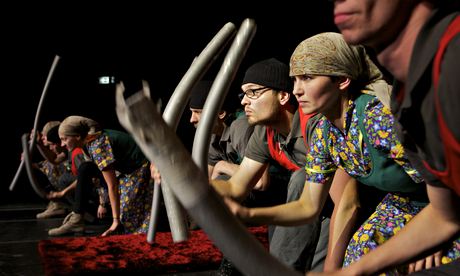 As in the case of the Free Theatre, Dangerous Acts is profoundly personal. The documentary viewer sees not just the theatre performances, but the lives surrounding them. Especially moving are the interactions between actress Yana Rusakevich and her young daughter Marta, a relationship that reinforces how the theatre is fighting for not only their own safety, but also their children’s futures.

To its credit, Dangerous Acts manages to be wryly funny despite the atrocities to which it continually refers and conveys how the actors themselves have managed to retain their sense of humour; ‘work and laughter are what will save us’.

The film is one of strength and hope, illustrating how the Belarus Free Theatre is determined to enact change, and showing how at its best art can make a significant difference in the world; it is a truly captivating piece of documentary film, honestly illustrating the struggles of its subjects.

To see what else is coming up at DocHouse visit: http://www.dochouse.org/film-screenings
For future showings of Dangerous Acts Starring the Unstable Elements of Belarus: http://dangerousactsfilm.com/screenings . For information on upcoming performances of the Belarus Free Theatre: http://www.belarusfreetheatre.com/