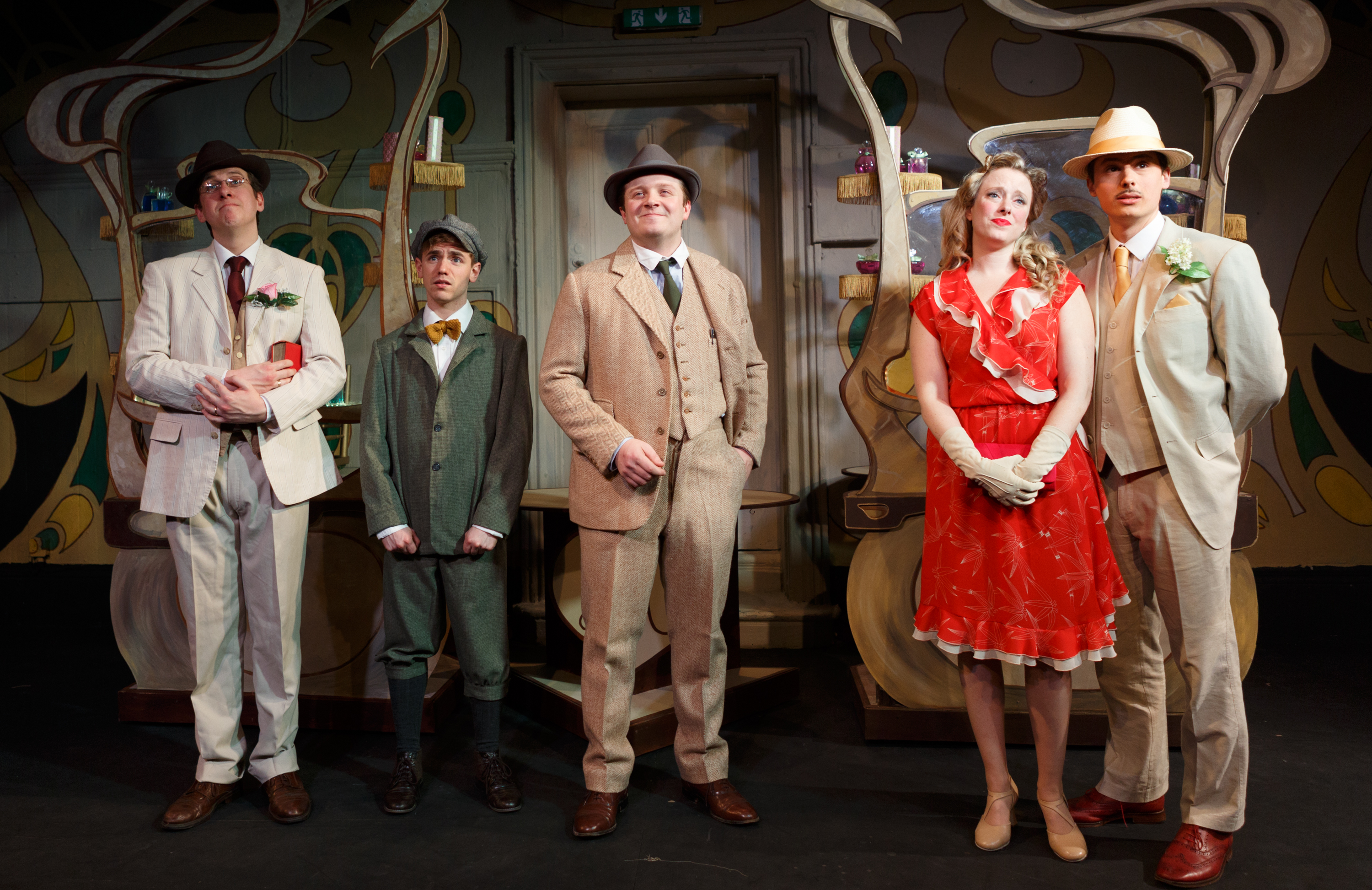 NICOLA WATKINSON reviews ‘She Loves Me’ at the Landor Theatre.

‘She Loves Me’ is based on the 1937 play ‘Illatszertár’ (‘Parfumerie’) by Hungarian author Miklos Laszlo – the same play from which the much-loved Meg Ryan film ‘You’ve Got Mail’ (1998) is adapted.  It first opened on Broadway in 1963 and was revived in London in the 1990s, winning five Olivier awards.

The musical follows Georg (John Sandberg), an employee of a perfumery in Budapest, who begins a correspondence with a woman he finds through a Lonely Hearts advertisement. At the same time, he and fellow employee Amalia (Charlotte Jaconelli) clash over professional and personal differences. As Georg’s relationship with his boss becomes more turbulent and the connection between Georg and his pen pal deepens, he must learn to cope with the pressures of his job and love life. 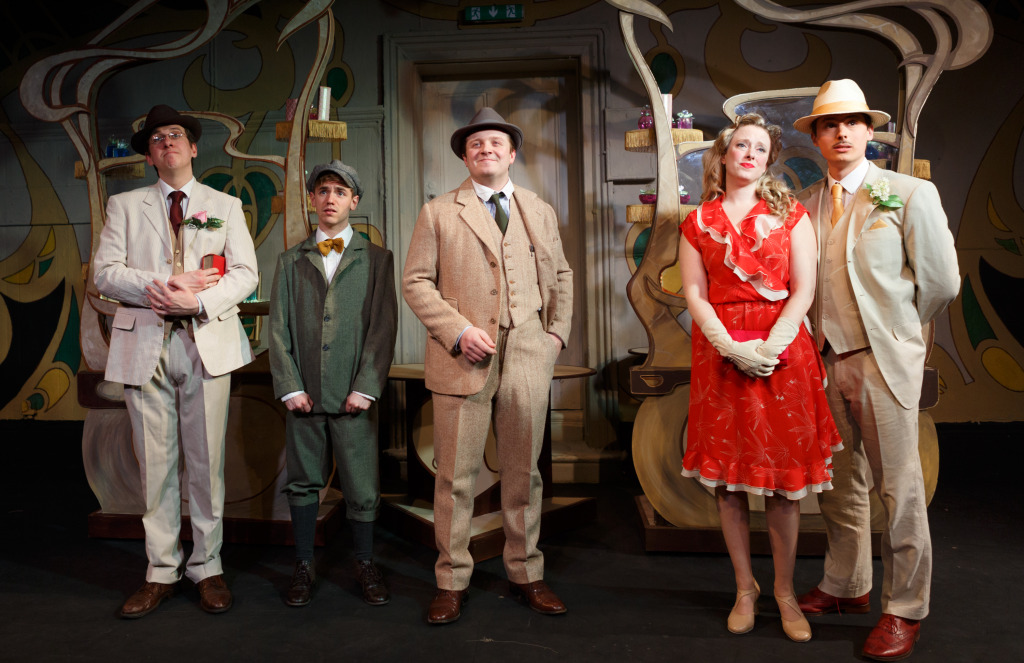 Meanwhile the play follows the platonic and romantic relationships between the other people in the perfumery, ranging from flirtation between the clerks to the owner’s slowly crumbling marriage. This is a play that explores human connections and the impact that relationships have on a person’s life and their sense of self.

The multiple adaptions of Laszlo’s original play show how timeless its themes are. It raises concerns of the anonymity of blind-dating, an especially relevant topic in today’s world of Tinder and eHarmon. Furthermore, the play challenges the age-old controversy of whether looks or personality are more important in a relationship. Yet even with its relevance to modern issues of dating, the production retains the original 1960s costume and set design, managing to feel kitsch in aesthetics rather than outdated. 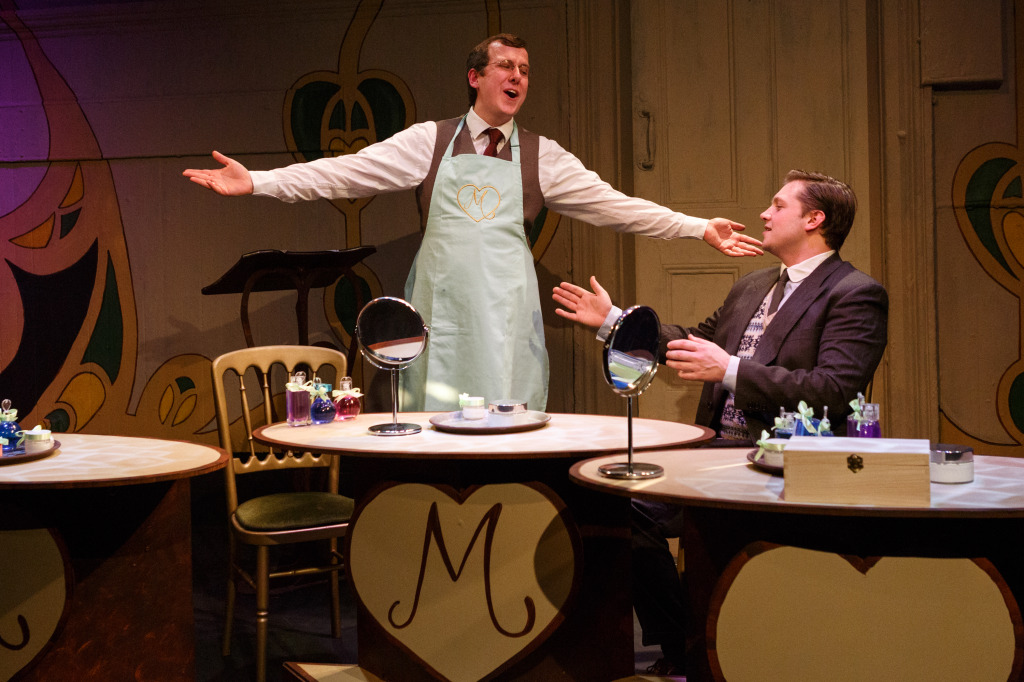 Resourceful direction means that the Landor’s small stage it fully utilised by the talented cast. Jaconelli gives a passionate and energetic performance, bringing impulsivity to the role of Amalia, whilst Sandberg successfully draws out the sadness and insecurity behind Georg’s amiable façade.

Above all, this is a light-hearted musical which acknowledges enduring difficulties in life and relationships, yet succeeds in maintaining an undeniable optimism.

‘She Loves Me’ will be showing at the Landor Theatre until 7th March, for tickets and more information click here.