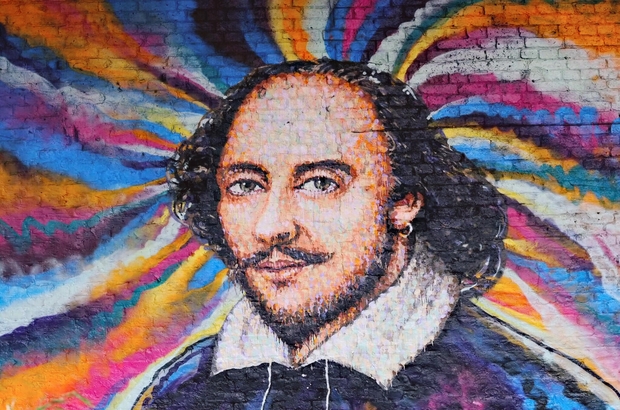 ANNA DANG reflects on the Western canon as she encourages us to confront our idolisation of literary giants.

There are names in the Western literary canon that strike reverence into our hearts as soon as we hear them: Shakespeare, Milton, Austen, etc. Centuries after their time, there are now entire syllabuses dedicated to their work. In everyday life, such names are usually mentioned with copious praise, and always with respect.

Growing up, I went to a French school, where I learned to admire but also fear the ‘giants’ of French literature. They seemed so grand and noble, and the way our teachers spoke about them only exacerbated that impression. We studied the giants dutifully and sometimes learnt about their lives – but always from a distance. It was like worshipping massive corpses enshrined in pristine tombs, on our knees with lowered eyes so as not to sully them with our gaze. They were, quite simply, larger than life.

I transitioned to the Anglophone system when I went to Canada for university. Suddenly, everything felt a lot more casual, including the way we approached the literary canon. We paid these authors their dues, but we were also encouraged to criticize them, disagree with them, and, above all, to play with them: to make jokes, to borrow their material and rework it in whimsical ways. The same irreverent spirit could be found outside of academia, on social media or on personal blogs; I’ll never forget the time I found a rewriting of the Iliad as a modern-day frat party.

Instead of worshipping monuments from afar, it felt like walking up to them and asking them, ‘care for a dance?’

I don’t mean to disparage the French academic system. Both approaches taught me valuable lessons. And yet, if I were to choose between the two mindsets, I’d say that the mindset of the Anglophone system is both more fun and more necessary in order to truly explore, challenge, and appreciate literature.

Both inside and outside of academia, there’s still a tendency to approach canonical writers with fear and trembling. We tiptoe around them as if they were glass statues inside a box labelled, ‘handle with care.’ By doing this, we make them seem untouchable. Instead of actively engaging with foundational texts, we scoot closer to their authors in the hope that their prestige will rub off on us. We name-drop them into conversations as an easy way to seem well-read, without necessarily connecting with their material.

Many writers of the Western canon already have a reputation for being pretentious and inaccessible. If we keep idolizing them as if they belonged to some otherworldly sphere, we run the risk of completely alienating some audiences: people who aren’t used to reading critically, or who think that they’re ‘not smart enough’ for the likes of Shakespeare or Joyce. More and more people will lose interest and stop reading the ‘greats’ altogether. The gap between them and contemporary life will grow, and most people will scoff at the thought that we could learn anything worthwhile from these dusty old books. The more we represent authors as not of our world, the more likely they are to disappear from it.

Of course, worshipping great writers often means believing that they can do no wrong – and that is always dangerous. Greatness, whatever it means, does not equal perfection. No matter how skilled or visionary these writers were, they were not gods, and recognizing that is not a mark of disrespect. W.H. Auden disapproved of Yeats’ political views, but that didn’t stop him from saluting his poetic genius in his elegy, ‘In Memory of W.B. Yeats’:

You were silly like us; your gift survived it all.

It would do us good, from time to time, to remember just how ‘silly’ these giants could be. We aren’t bad readers for thinking that Herman Melville probably started writing Moby Dick after boring all his friends with whale trivia; that Mary Shelley had major ‘mommy issues’; or that Jack Kerouac had some nerve for writing the most famous book on road trips without ever learning how to drive. Isn’t it much more of an homage to their work to recognize that it didn’t come from demigods, but from flesh and blood humans, with their own flaws and quirks? It’s one thing to say that an immortal work of literature came from a god; it’s much more extraordinary to know that it came from a person.

Perhaps the worst consequence of this diffident literary worship is the relegation of great writers to a distant past onto which the door has been shut. We often speak of the ‘greats’ with wistfulness – as if to say that they were once, and would be no more. This belief couldn’t be more wrong: with basic education and literacy being more widely available now than in past centuries, more and more people will be able to produce compelling literary works. Statistically, we should expect our canon to grow – not to stay static, or (heaven forbid) to shrink.

This very proliferation of skilled writers may make them seem less special than they once were. So much the better for us: though it may need to transition from a reign to more of a democracy, the age of the giants is far from over. It’s high time we let them step off their pedestals and come dance among us.