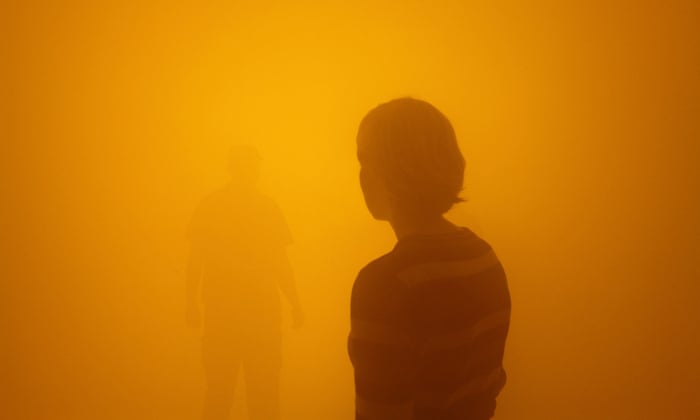 VINNY SANDHU considers if we have ever really connected with art, or if art-viewing is really just another form of targeted consumption.

Through the use of Instagram, TikTok and other social media platforms, the kinds of art being created – and indeed the way it is being consumed – is undoubtedly changing. Has the desire to capture the perfect social media post hindered our capacity to appreciate art? Or should we consider this obsession with documenting our participation as a positive sign that we are seriously engaging with art in our own way? The pandemic has added another dimension to this debate, because we have been restricted to only viewing art through our phones, tablets and laptops, arguably with the art itself becoming the focus of our attention once more (rather than our engagement being limited to our demonstration to others of how we want to be perceived). What is the most important part of art? Is it enough to simply pose in front of these artworks or inside installations? Is it important to make sure that others know that you went to see these artworks and installations? Or is it enough to be contemplative, to have a sustained viewing of these artworks and installations? What is more important, to engage with art, or to curate how we want others to engage with our public personas?

The first time I questioned these arguments around the relationship between social media and art was at the Olafur Eliasson exhibition, In Real Life, at the Tate Modern. Around this time, my feed was awash with strategic selfies and dramatic poses, with the art being used as the backdrop. I recall the dozens of posts emerging on my feed that featured my friends posing in the smoke corridor or standing in front of the rainbow lights. I have those same pictures of myself, and I certainly could not tell you the names or meanings of those pieces, as I’m sure was the case with the many other attendees who did not bother to read the captions of the installation. When you click on the location tag on Instagram, pictures of people posing against the exhibition pieces are some of the most frequent, rather than images of the artworks in their singularity, all bolstering the aesthetics of their feeds. When I visited the exhibition myself, my friends and I did not become ‘aware of [our] senses’ or of those around us, as the Olafur Elissaon exhibition intended, but rather became aware of how we were perceived by others. There was no attempt to read the small plaque of information about each piece. This was not about viewing art in isolation, but rather how we fit into the art. We wanted to show how immersed we were in the exhibition,  using it as a backdrop for our feeds, rather than actually immersing ourselves in its content.

Did we seem cultured? Did we look knowledgeable? Had we appeared to immerse ourselves enough into the exhibition, would this come across on our feeds? The level of interaction we gave to the artworks turned them into spectacles for our own amusement.

With the undeniable popularity of installation art, especially when it comes to social media promotion, immersion has become an increasingly integral part of encouraging audience engagement. Although, is this really about engaging with the art itself or getting us to engage with ourselves for the purposes of online proliferation and therefore popularity? We have created new methods of interaction with art to supplement other parts of our lives; we want to show how we are cultured and prove some arbitrary point that we want others to see in us. For example, the Hyundai Commission by Kara Walker consists of a fountain looking at the interconnected histories of Africa, America and Europe. The water is used to refer ‘to the transatlantic slave trade and the ambitions, fates and tragedies of people from these three continents’, a topic that is  extremely pertinent in our contemporary moment and should not be brushed past. Of course, social media does have a profound influence on urging more visitors to go and see artwork like Kara Walker’s Fons Americanus (2019). Such social media engagement has meant that there are some people who have learned a little more about the legacies of colonial history and have gained a new perspective.

Although, when I looked at such posts on my Instagram, with friends standing in front of the fountain showing off some facet of themselves, I just saw a decorative fountain and nothing more. There was no immersion, no interaction and no form of sensation. Our habits (dictated by social media and desire for entertainment) have changed the way we consume art and have desensitised the feelings that should come with it, whether it is ambivalence, joy, anger. The fountain in its entirety is representative of the ‘Black Atlantic’, a term coined by Paul Gilroy, who noted how the consequence of the transatlantic slave trade had shaped the progression and formation of Black identity and culture in Europe and America. Fons Americanus features a lynching tree, referring to America’s history of racial violence and uses figures such as ‘Queen Vicky’, ‘The Captain’ and ‘Venus’ as symbols of the different ideas around the transatlantic slave trade. They work together to illustrate the pain the British Empire has caused and still perpetuates today. These issues are not embedded in the distant past. These are recent events in world history. Maybe not all of us are desensitised, perhaps it is a problem with refusing to look at the closer details of art. It could just be the problem of being too uninterested to notice these details.

Those questions around immersion are present in a previous Hyundai Commission for the Tate Modern, Superflex’s One Two Three Swing! In this piece, dozens of three-seated swings were connected by an orange line, to challenge ‘society’s apathy towards the political, environmental and economic crises of our age’. Arguably, this is another installation that benefited from social media: the idea of collaboration had the potential to permeate through masses of group postings online. While I recall the pendulum swinging above, I do not remember it being presented on my Instagram feed by audiences as a piece about collaboration. Again, there was only immersion at the level of self-interest. I would argue that the pandemic has not necessarily shifted our views by increasing our use of our phones, rather the pandemic has removed us from standing with the artwork in front of us. The question we are now being presented with is whether we actually gain anything from interacting with the artwork without standing in the installations or next to the artwork.

Last winter, the Tate Britain Winter Commission by Chila Kumari Singh Burman was profoundly popular on TikToks that promoted the socially approved London ‘aesthetic’, which really means the idealised perception of London living where everyone should aspire to live in Mayfair, Notting Hill or something you could pull out of an unrealistic teen drama series set in the city. Admittedly, I also have a video on TikTok that features the piece with the lights in the dark. While I felt a momentary pride in seeing parts of my own Indian culture on the Tate Britain, I hardly interacted with the piece; I mostly stood away from it, taking pictures and videos, and leaving soon after because it was too cold. I immersed myself in the exhibition at a surface level for an absent-minded gain on social media, posting something that, if I am completely honest, no one actually cares about.

Moments during which I have genuinely interacted with art and exhibitions during the pandemic, using my screen on its own, have been scarce. There is a limited extent to which we can immerse ourselves in art. Society is usually solipsistic, therefore I do not think we have been engaging with the art around us in many meaningful ways. Rather, going to exhibitions, for example, the RA Summer Exhibition, has been more about one’s social status. It is about foregoing the desire to genuinely engage with art in order to promote an aspect of ourselves that we want others to see. Ultimately, we have just been interacting with our documentation of the pieces, keenly showcasing the very fact that we have interacted with it at all, because that is what seems to matter most.