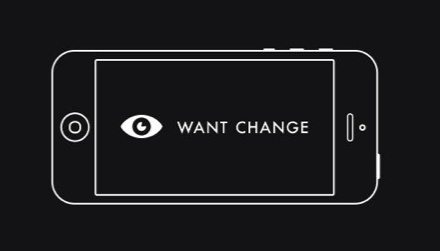 Eye Want Change was set up this year by LSE and King’s College students, with the intention of ‘championing the arts as a force for meaningful social change’. Tonight will see all of the entries screened in front of an audience and revered judges, including Withnail and I’s Richard E. Grant, who will announce the competition winners at the event.

Odyssey depicts a day in the life of one girl and her experience with relationship turmoil. Beginning from an external perspective, the audience assumes the role of a concerned friend watching her agitated housemate and boyfriend’s Skype conversation, detailing the fine line between intrusive and concerned. The language used is French, therefore, for the assumed native English speaking audience, the film conveys how can emotion seamlessly transcend the usually defined language barriers. As the film moves on, the location moves outside onto the streets, whilst conversely, the perspective becomes internalised inside the mind of Petrenko’s protagonist, on her Homeric voyage to find meaning. Cyclic colour, moving from black and white to shots of absorbing yellow and red and then back to dull monochrome indicates the fluctuation of the lover’s mind effectively.

The intentional yet effortless title pun is emblematic of this film’s fluidity and its poem’s dexterity. A clear sight ahead of its peers and powerfully appealing to its London audiences, Mourning Agender laments the brevity of urban encounters and the predatory stereotypes that can burden men. Exploring the confliciting fantasies and expectations of 20-somethings today, Zharaspaev urges his viewers to ‘occupy the value of your mind’ and, with the sadness that takes hold after a beautiful encounter on the Northern Line fails to come to fruition, to – maybe – say hi next time.

In this film, SAVAGE’s own Aisha Pegley asks the age old question ‘Where are you from?’. It is a question which, although it may seem innocuous from the outset, expects a simple answer and as such is confusing and ignorant. As she says in the film, it’s never a one-word response. Aisha talks to her mixed race friends about the difficulties they have found on being asked ‘where are you from?’, favouring being ‘purposefully verbose’ herself, because anything else is less than that doesn’t answer the question. A highlight of the film is when one of her friends, Alex, replies coyly ‘I am from Planet Earth’. Through intimate personal conversations, Aisha effectively pushes her audience to ask ourselves where we are truly ‘from’ and inspires us to consider what we actually mean or desire as a response when we, almost instinctually, ask others the same thing.