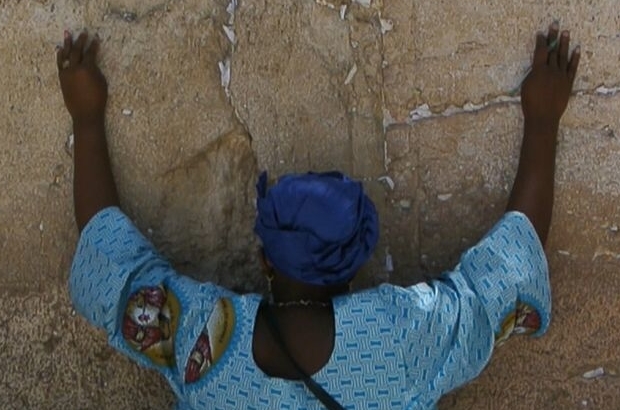 Intimacy is the key word when describing Moran Ifergan’s Wall; between access to recordings of private phone calls and messages, and footage of a titular monument, Wall brings together the personal and the public in a way that is both unique and eye-opening.

Wall is an autobiographical documentary exploring the life of the Israeli director, Moran Ifergan, specifically her relationship with her relatives, and the effects of her divorce on her, her friends and her family. Recordings of her private phone calls and messages are juxtaposed with footage of the Wailing Wall in Jerusalem, one of the most holy sites in all of Judaism; thousands of Jews visit daily.

The film opens with the recordings of Ifergan’s calls to her husband alongside other conversations, both her own and of others at the wall. The traditional, the religious and the orthodox are shown, representing the wall’s diversity of meaning. We see how Ifergan has largely separated herself from the orthodoxy that surrounds her both in Jerusalem and within her family: she exudes the attitude of a modern cosmopolitan woman, and is separating from her husband after a failed three-year marriage.

She is thus at odds with much of her family and with traditional society in general. Indeed, she is less emotionally moved than her sister at the announcement of her divorce from her husband, Assaf; she shows little concern to her mother’s talk of the evil eye given to women who get divorced, or to a beggar’s traditional blessings for her to have more children. Yet she is not completely removed from her family’s orthodoxy either, as is evident in the ways she engages with tradition during the film, mixing biblical parables that relate to her situation and the visual intimacy of people’s prayers at the Wailing Wall. The complex relationship between the modern and the traditional conception of womanhood in Israel is explored in an indirect yet intriguing manner.

The combination of public footage of the wall and the director’s personal tribulations adds diversity to the visual aspect of the film. Along with the content and tone of her conversations, the Wailing Wall becomes a monument representing an orthodox stability Moran is pushed to conform to, an archaic symbol emphasising her own lack of faith, but also her attachment to tradition; a testament to how interlocked Israeli life has become with religious orthodoxy and nationalism.

Indeed, the film displays just how interconnected the personal and political has become — for better or for worse. A particularly memorable moment involves Moran’s ex-boyfriend criticising the Israeli jubilation and celebration in memory of the occupation of East Jerusalem, juxtaposed with that exact same overwhelming celebration of Jerusalem Day at the Wailing Wall. It’s a reminder of the divide that exists between Israelis and Palestinians, something that is impossible to ignore despite it not being the film’s direct subject matter. The indirect approach used by the director provides a unique way of viewing the conflict from an angle that few would ever consider; an impressive feat given the abundance of media coverage of it.

The scenes and narrative in Wall may at times feel disjointed and unclear, but unified, this film uses a unique style to bring a one-of-a kind perspective on women, life, and the different ways in which the world views modern day Israel.

The UK Premiere of ‘Wall’ was at the Barbican on the 13th November.