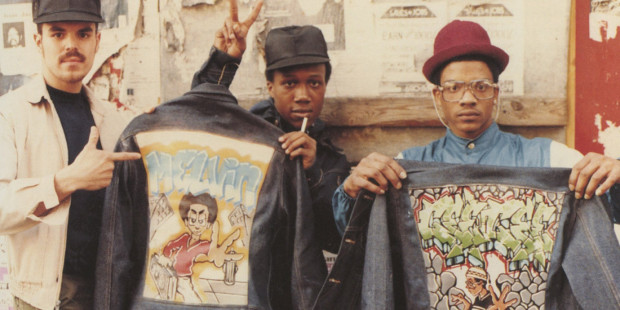 NICOLA WATKINSON reviews ‘Fresh Dressed’, an insightful documentary about how hip-hop culture and style took over the mainstream.

Beginning with rock ’n’ roll sensation Little Richard, and ending in the present day, Fresh Dressed charts the rise of hip-hop culture and style, as the movement progressed from the streets of New York’s roughest neighbourhoods to the catwalks of the world’s most luxurious fashion houses.

The documentary features, among others: rap artists Kanye West and Pharrell Williams; former editor-at-large for Vogue Andre Leon Talley; fashion designers, professors, and experts on African-American culture. Each of these discusses hip-hop music and the culture that arose around it, examining the relationship between fashion and urban youth culture.

Throughout history, clothing has been seen as an important form of self-expression and a way to display wealth and power, whether that’s British monarchs or African tribal chiefs. However, there has long been a prejudice against ‘hip-hop’ or ‘urban’ clothing, which has tended to be worn by people from lower-class, non-white backgrounds – as though this fashion is less valid than the clothes worn by wealthier, white people.

This documentary, beginning with the ‘burning Bronx’ in the early 1970s, traces the emergence of rap and hip-hop as musical forms, as well as the fashion that goes hand-in-hand with them. It is not always comfortable viewing, as interviewees talk openly about the racism and brutality they experienced at the hands of police, or other gangs in their area – and it is from this vulnerability and solidarity that hip-hop culture was formed.

In addition to interviews, the documentary also features clips from news programmes reporting on thefts and shootings related to fashion – literally, clothes to die for. When no footage is available to illustrate an anecdote, director Sacha Jenkins uses cartoons to depict the lifestyles being described, which works well; the documentary, like the culture it examines, is a mixture of influences and styles. It manages to be incredibly in-depth while remaining accessible to those who know nothing about high fashion or the music industry.

Although it covers a lot of ground, the documentary is short, coming in at just under 90 minutes. Considering the number of perspectives taken into account, from academics to rappers to fashion writers, the information presented is impressive and there is a lot to be learnt about the relationship between urban culture and fashion; it is perhaps a surprising lens through which to look at the roots of hip-hop culture, but a highly successful one.

Fresh Dressed is showing at the DocHouse until 4th November.